Ah, the one we’ve all been waiting for. I spotted this over on Flat Matters a minute ago and my brain exploded. Mark Webb drops some un friggen believable riding in this one that you NEED to see. Hit that play button now! The ender is absolute INSANE.

“The Webbie Show 2, no exotic locations, no budget, just a whole lot of determination mixed in with tons of creativity. During filming Mark suffered a few injuries and set backs and at times it seemed he was not going to finish it. He was under a lot of pressure after setting the bar so high on the original Webbie Show in January 2012, but i think you will agree he did a great job this time around.
Support Mark Webb by buying his http://www.totalbmx.com signature frame and parts.
Enjoy the show.

Big thanks to JC Pieri for his great filming and editing, he really is the best out there and had some crazy late nights.
filmed & edited by JC Pieri Visual
JCPieriVisual.com
Additional filming-@rosspenny” 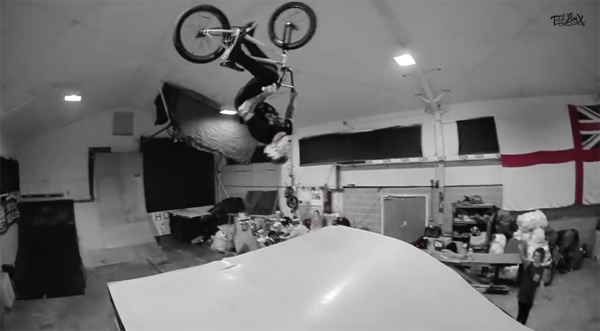 VISIT: FRONT PAGE // DAILY SECTION // BMX COLOR APP // BMX VIDEOS
You are here: Home / BMX Videos, Products, News and More / Total BMX – The Webbie Show 2
Note: This site contains affiliate links and we could recieve a small comission that supports this site if you were to make a purchase on their websites using our links for no extra charge to you.