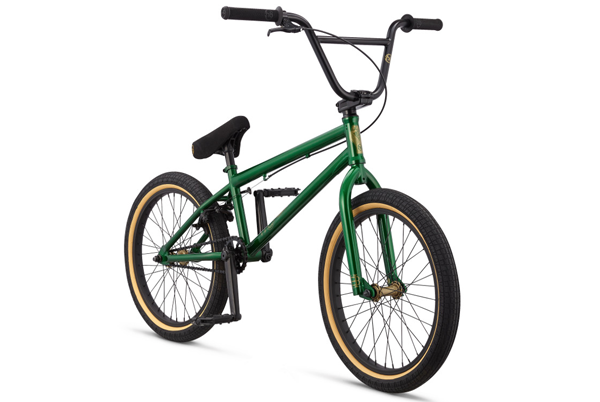 A few hours after the post Hoffman Bikes Available at Dick’s Sporting Goods, we received a press release from Hoffman Bikes explaining how their new partnership with Pacific Cycle will work. It turns out that they will be offering two lines of bikes along with their full aftermarket frames, parts and accessories. They will be offering their lower end range at Dick’s and their higher end range along with all of their parts and accessories through shops and mail-orders which is real good news. They have also released a look at their full range that can be found “RIGHT HERE. Now, check out the official word below…

“FOR IMMEDIATE RELEASE
Hoffman Bikes Partnership with Pacific Cycle to Include 2 Lines of Bikes
July 9, 2014 – Mat Hoffman announced today a new licensing partnership between Hoffman Bikes and Pacific Cycle to expand the brand’s exposure and distribution with the highest quality standards Hoffman Bikes stands for.
Hoffman Bikes is continuing to release a line of bikes that will be sold in Independent Bike Dealer (IBD) shops. The brand has also expanded to provide entry-level and intermediate-level BMX Freestyle bikes, as a recruiter series, through a new partnership with Dick’s Sporting Goods.

Hoffman Bikes will continue its IBD line of bikes with high-end, professional models: Seth Kimbrough’s BAMA, Ben Hennon’s Lady Luck and new models: Crucible, Immersion, Seeker and the 18-inch Imprint. Mat Hoffman’s Condor and Kevin Jones’s Strowler frames will be available along with other parts and accessories. This line will be launched in the UK in August. Details on USA IBD distribution are being finalized now and will be announced soon. To see the new IBD line, go to http://hoffmanbikes.com/products.
The sporting goods 2015 line provides entry-level and intermediate models: the Condor in 16”, 18” and 20”; Aves, Carrion, Cirrus and Talon. The line will also introduce the first Hoffman Bikes 26” trail bike model called the Version. :