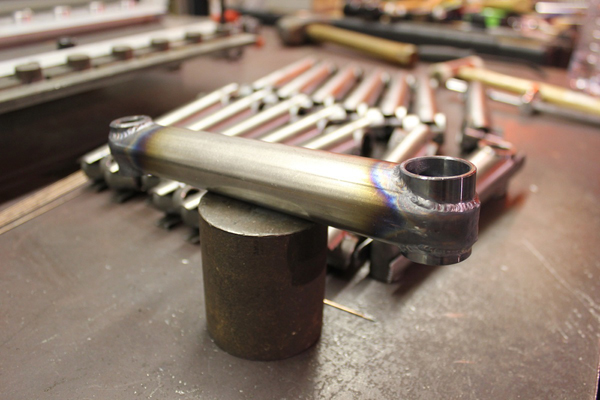 There’s been a lot of focus on how brands can make BMX cranks stronger and overall better for the level of riding that has been going on these days. Profile Racing recently released their new 22mm Column cranks after nearly two years of development from the initial idea to being available for the world to enjoy.
We figured with the release, that it would be a great time to get ahold of Matt Coplon down at their headquarters in Florida where they’re cranking out these new cranks in-house at their warehouse. Matt came through with some awesome photos giving us a look at just how they make these new cranks and filled us in on all of the details about the cranks and why they chose to offer a 22mm version versus their traditional and beloved 19mm cranks they’ve offered for years. Let’s see what he had to say! 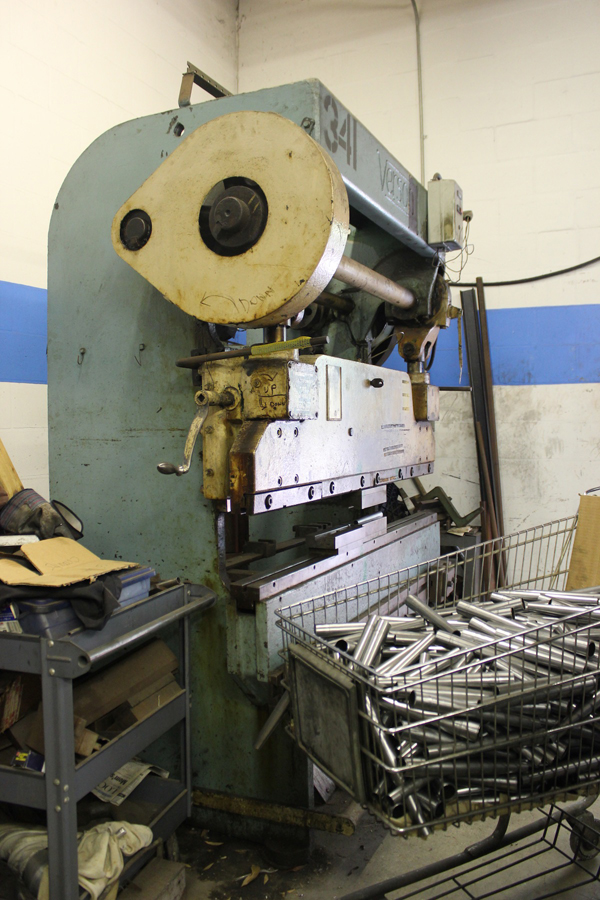 Alright, for this new Insight, we’re going to take a closer look at the process of making the 22mm Column cranks. Let’s start from the beginning. When did you guys start tossing around the idea of doing larger cranks than the traditional 19mm’s that Profile is known for?
I guess we can modify the question a little bit and ask when did we decide to start doing them again. In the late 90’s, we did the Profile SS cranks which were a 21.5mm spindle with oversized arms. The spindle was solid, and with the weight of the actual crank arms, the SS cranks went the way of the dinosaur when 50lb bikes were no longer necessary.
The new Column 22mm’s have been in the works since November of 2011 after a trip to Milwaukee with the team. When I got back to the shop, we decided to put the ball in motion. But like any larger scale project for us, it takes quite a while to set up.

You guys do everything in house, so I can imagine it’s slightly easier for you to get some ideas moving than it is for most brands. What is the process like going into creating something new like this?
For the cranks, the first process is to make the actual jigs to weld the cranks. The jigs are made in our machines. So as a bizarre analogy, we have to create the reproductive system in order to create the egg.
Besides that, we have to prep the material which runs through over a dozen steps (and through a half dozen hands) before it’s complete.
The original prototype set created last year was actually hand welded as a show piece without a jig. 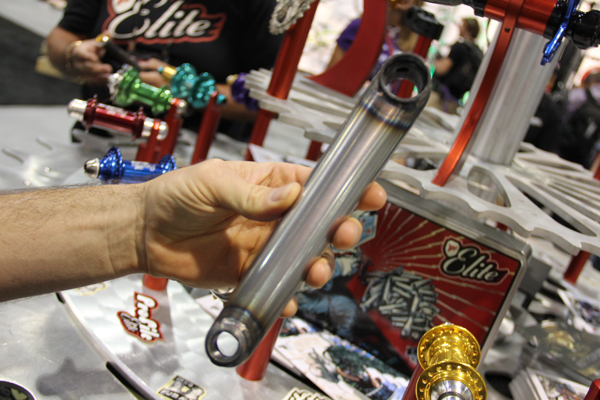 If I remember right, last year you guys had a prototype at Interbike that the owner of Profile actually welded up himself the day before, right? Is that typical to have Jim handling the initial concepts for new products?
Ha! Yes, in the case of welding, Jim will more than likely handle it. If it’s a machined part, one of three of our main machinists will have had a hand in its initiation. We’ll usually belt out a couple prototype pieces for Interbike and have them launch sometime in the Spring.

Were there any changes from the original ideas to the final production versions?
Believe it or not, it was minimal. The Column cranks were a freestyle evolution (with street in mind) from the Elite Race cranks. We got lucky on prototyping/production because it was a modification of a working, more heavy duty crank that we have previously created (the SS cranks). We actually use the same size pedal bosses as the SS.
The slight, final modification was the milling of the crank boss at an angle to give a little bit more clearance for your ankle. 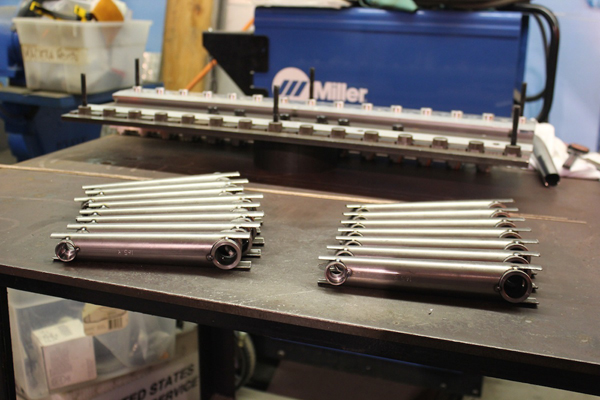 Since you guys do everything in house, it’s pretty easy to see all of the steps involved in the process. Can you give us the run through the steps and briefly explain what each step does?
Yeah, it’s actually a thirteen step process…
First: Rotary swadging to form crank arm tubing.
Second: Press break which also forms the tubing.
Third: Mill pockets for spindle/pedal bosses.
Fourth: De-burring of cranks after milling process.
Fifth: Machining of both spindle and pedal bosses.
Sixth: Spline broaching of spindle boss.
Seventh: Arms placed into fixture for welding of arms
Eighth: Crank arm ends get ground after welding.
Ninth: Heat treat.
Tenth: Glass beading to clean light scaling from heat treat process.
Eleventh: Re-broaching of spindle boss due to slight distortion during heat treating.
Twelfth: Paint.
Thirteenth: Inspected/boxed/shipped. 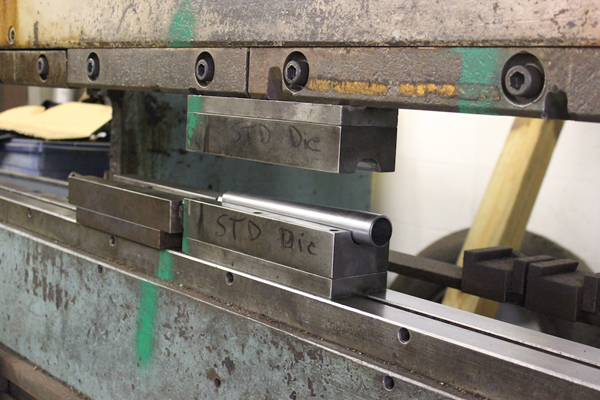 What sizes and color options are available currently? Do you plan on doing additional sizes and some of the limited edition colorways?
Right now, the Columns are only available in black. We might do a limited run of chrome in the future but it might send the price skyrocketing. Although the price of chrome has gone down slightly, it’s still a very expensive process.
Size wise, we’re set with 160, 165, 170, 175, and 180mm.
Note that the Columns only come in a no-boss version. You would need a spline drive 22mm sprocket to accompany them.
The Madera 22mm cranks will be available with a boss (coming soon).

These cranks offer the Profile Racing lifetime guarantee, right? What exactly does that cover for those people out there that don’t know what that’s all about?
Our limited lifetime warranty covers bending/cracking/breaking of both the arms and spindle.
The “limited” caveat means limited to the original owner of the cranks. To get them warrantied, you would also need to provide your receipt or warranty card.

How much do these cranks retail for? Are they available worldwide yet?
Yes, for sure. We want to thank our domestic and international distributors for doing such a good job too.
Here in the states, they retail for $189.

Note: These can be purchased through Dan’s Comp, the Profile Racing Webstore or through any shop or mail-order that carries Profile. You can have your local shop hit up Profile Racing directly to get a set ordered up! 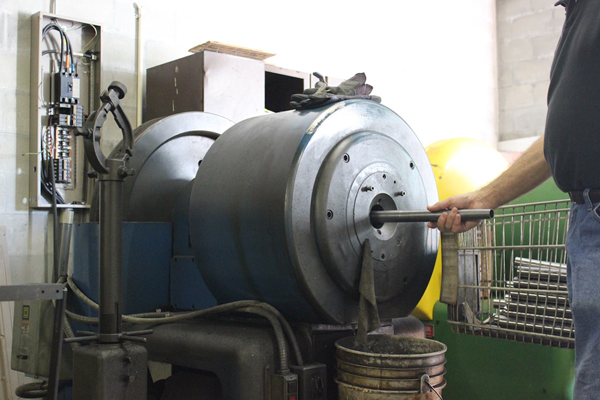 Let’s say a shop or a distributor want to get the Column cranks in their shops or warehouses, who should they contact to make that happen?
Me, actually. Ha! If anyone is interested in carrying them or has any questions, please contact matt@profileracing.com.

What if somebody has a question about the cranks that we didn’t cover here?
Me as well. It’s funny, I spend about an hour a day answering tech questions through emails. Hit me up! 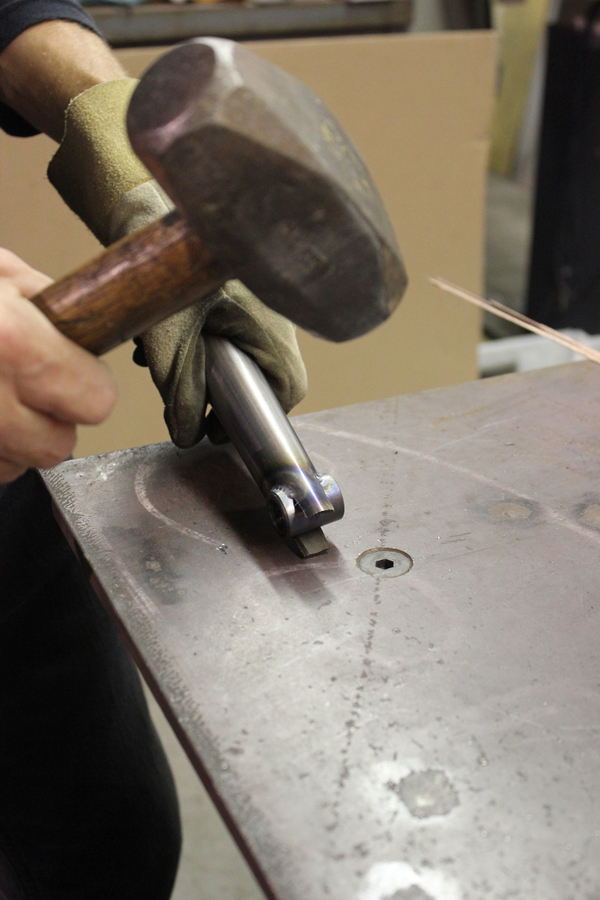 Let’s say somebody can’t decide between a pair of your 19mm cranks and these 22mm Column’s. What are some of the reasons a rider would choose the bigger design?
What I’ve noticed over the past couple years is that some people are just really hard on cranks. And sometimes it has nothing to do with how hard they ride. I know plenty of incredibly smooth riders who just can’t hang with a set of 19mm cranks. Maybe it’s their feet positioning? The angle they land on either tranny or street? Maybe they always land both tires at the same time which optimizes the brutality of bike parts on impact.
I would say, if you have traditionally had no issues with 19mm cranks, stick with them.
On the other hand, if you go through cranks, the 22mm Columns are going to be a much better option.
Lastly, with the Column’s, we were very conscious of weight during their design. Although heavier than the 19mm, the Columns are still relatively light for their size.

How can people keep up with Profile Racing these days?
Between myself, Mulville and Grant Castelluzzo, we handle Profile’s website posts as well as all the social media avenues.
ProfileRacing.com
Facebook: Facebook.com/Profile.Racing
Instagram: @profile_racing
Twitter: @profileracing

With Interbike right around the corner… Any hints at some new stuff you guys will have on display?
Jared Eberwein’s reverse cotton candy color way in both Mini and Elite hubs will be ready.
The Madera 22mm’s should avail a prototype… and we have been working on a product that may or may not show up at the show.
I can’t reveal anything other than if it works, I think a lot of people will be stoked.
See you there! 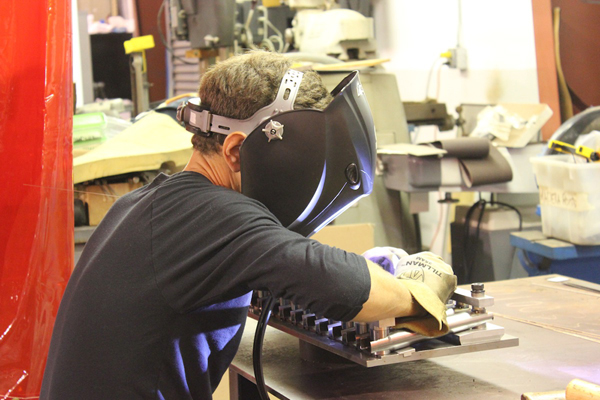 That wraps this up! Is there anything I missed you want to say?
We here at Profile try to be as interactive as possible with riders. If you ever have any general questions, or need help/service with anything, please contact us. If the phone is busy (727-391-7370), you can always shoot me an email at matt@profileracing.com.

Thanks to The Union and you, Kurt, for your time.
Thanks to everyone for their support. 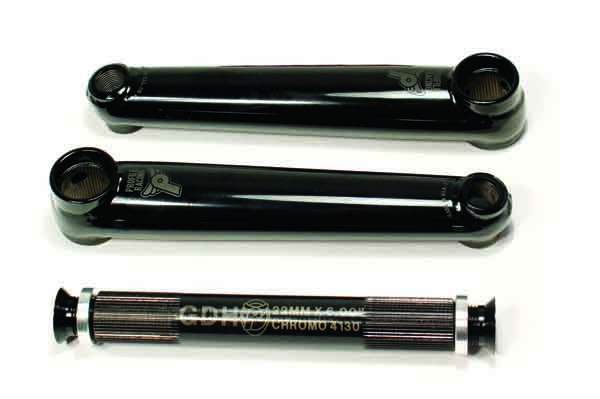