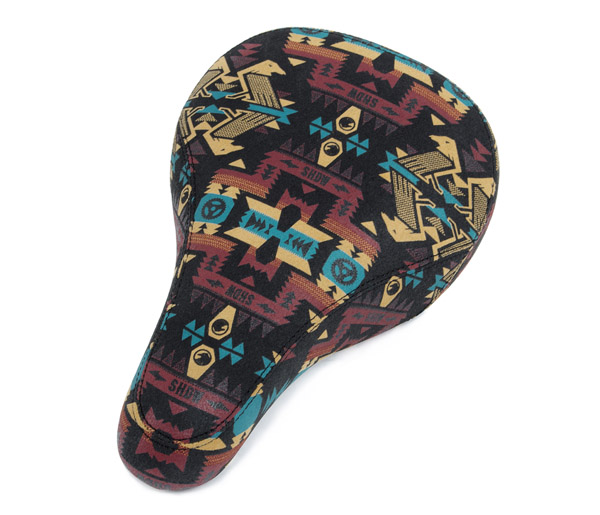 There’s no denying that BMX has an unlimited supply of creativity and originality coming from riders all around the world and that’s undoubtably one of the best things it has going for it. When it comes to actual BMX products, we see trends come and go and times where we’ll see a lot of creativity followed up a lot of clones trying to replicate the original ideas that worked. The Shadow Conspiracy have always tried to stick to the creative and original route whether it’s creating new products or improving on existing designs. Although the Penumbra seat has been apart of the the Shadow Conspiracy product line for a couple of years now, it’s still constantly changing and evolving with the creativity of their team and materials. With Shadow’s new 2015 signature series seats becoming available, we figured it would be a great time to take a closer look at what Simone Barraco, Scott Ditchburn, Albert Mercado, Ben Hucke and Drew Bezanson cooked up for their own spin on the seat this time around. Let’s take a look!

Starting things off, let’s take a look at Simone Barraco’s signature Series 2 Aztec Penumbra seat. This mid size padded Tripod seat features a unique and original super soft 3-panel microfiber cover that was inspired by, believe it or not, a pair of Simone’s socks that he was rocking. This seat is one you really have to look at to see everything that’s going on in it from the small SHDW letters, Coffin logos, Crow logos, and even some sprockets that instantly make you think of the Peace symbol. This seat is definitely something that really takes some time to really see all the details. This seat weighs in at 9.4 oz.

You can pick up Simone’s signature Tripod Penumbra Series 2 seat for $35.99 on Dan’s Comp or by having your local shop get ahold of Sparky’s Distribution to order you one up today! 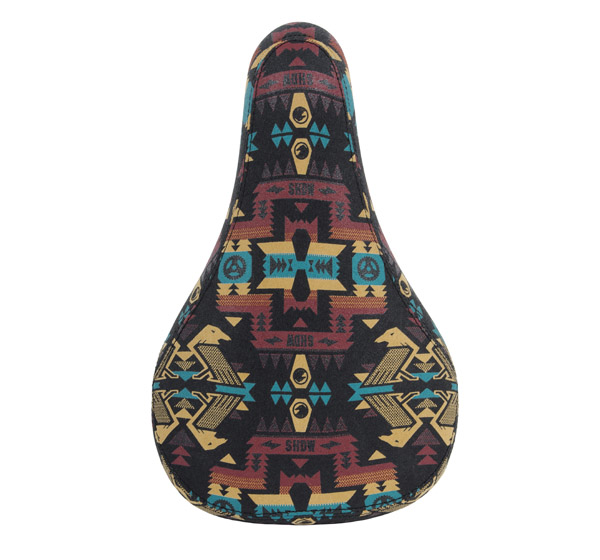 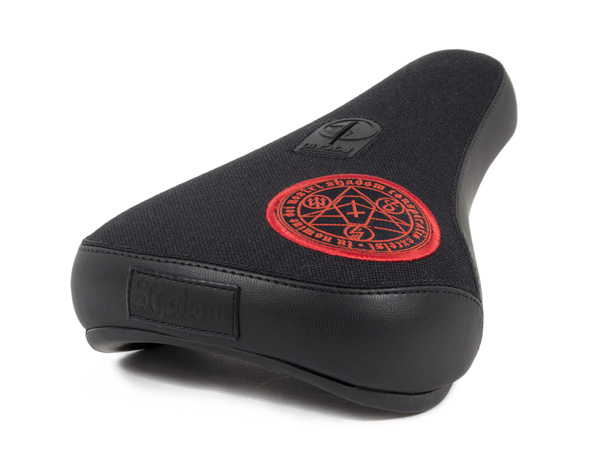 The Scott Ditchburn Series 1 Penumbra Seat. This seat is one that represents Scott’s love for Black Metal music. This Mid size Pivotal seat offers plenty of padding and features a 3-panel cover with a black denim top panel with black synthetic leather side panels with a woven “Dark” patch sewn on and a synthetic leather patch with a Shadow logo on the rear and plastic bumpers along the rear and nose to help resist wear and tear. This seat is clean, simple and weighs in at 10.9 oz.

The Ditchburn Series 1 Pivotal Penumbra seat is available for $35.99 on Dan’s Comp or you can have your local shop get ahold of Sparky’s Distribution to order you one up today! 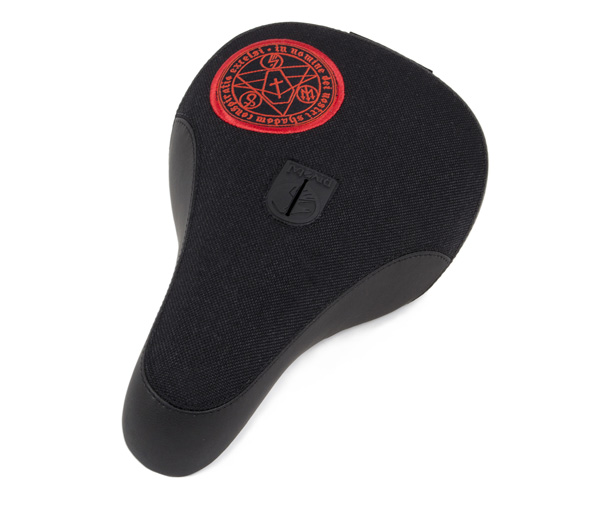 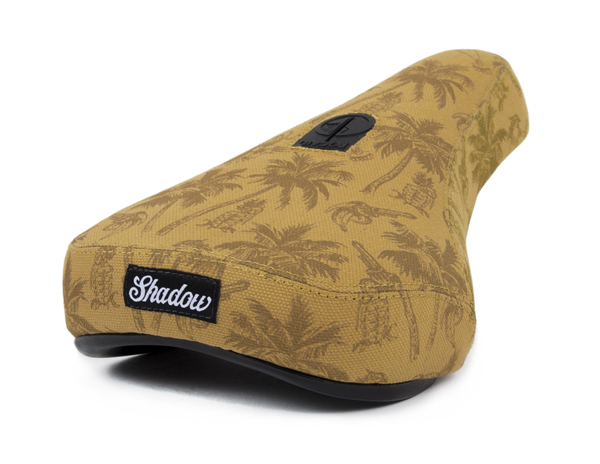 The Albert Mercado Series 1 Penumbra Seat. Albert received the well deserved bump up to the Shadow pro team at the start of the year and they went to work on creating his first signature Penumbra seat shortly after! Albert wanted to create a seat that was not only rad looking, but strong enough to last. Shadow was able to keep production local and found a heavy-duty 3-panel 10 oz. cotton canvas material that will do just that with the “Human Nature” print filled with palm trees, coconut bombs, banana guns, pineapple grenades and more for some bonus style points. This seat also features a small Classic logo woven label and plastic bumpers along the rear and nose for production against wear and tear.

The Albert Mercado Series 1 Penumbra Pivotal seat can be picked up by having your local shop get ahold of Sparky’s Distribution today! 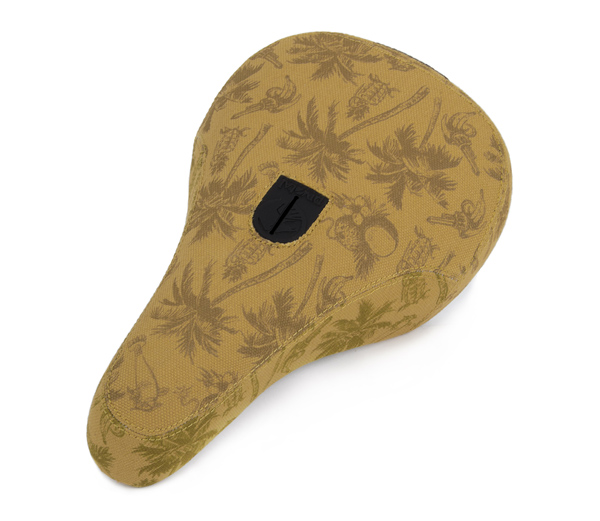 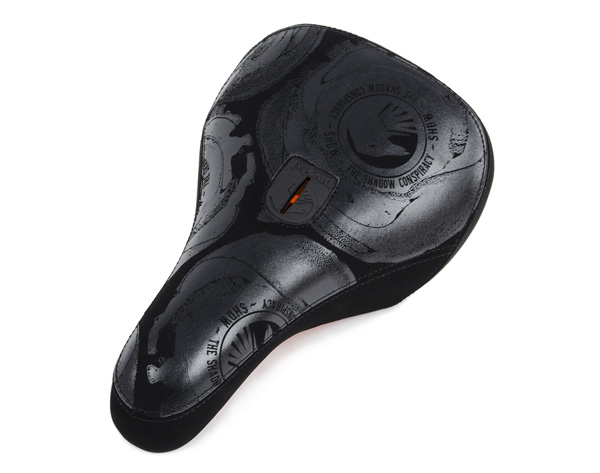 The Drew Bezanson Series 4 Penumbra seat – For Drew Bezanson’s 4th version of his signature Penumbra seat, he wanted to do more than just a new cover design. This seat starts out with a bright translucent orange Shadow PCV2 Pivotal seat pan that gives the seat a size just between slim and mid for just enough padding without making it look to bulky. The top of the seat features a 3-panel microfiber material that provides plenty of grip with tone on tone gloss printing to give it an oil slick (not that kind of oil slick) look.

The Bezanson Series 4 Pivotal Prenumbra seat can be picked up by having your local shop get ahold of Sparky’s Distribution to order one up today! 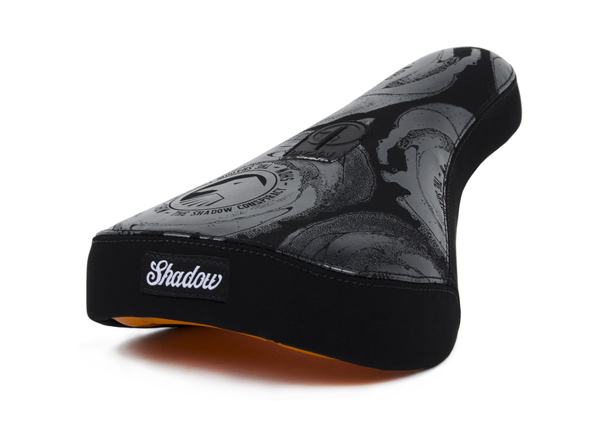 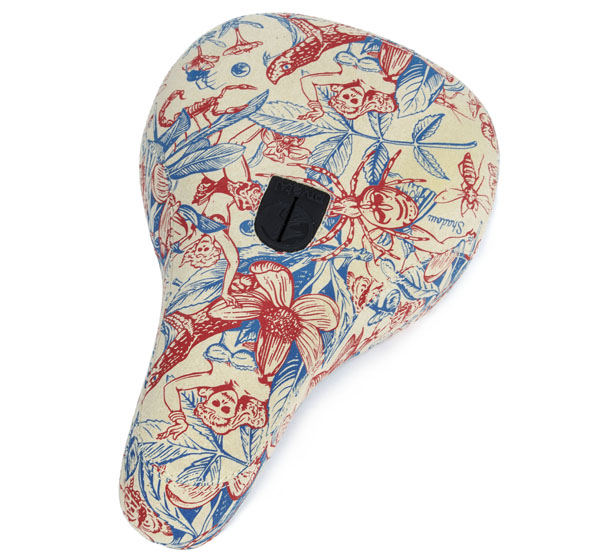 The Ben Hucke signature Series 4 Penumbra seat – For Ben’s 4th signature Penumbra seat, they took a little inspiration from Shadow’s Paradise button up shirt and put it to use on this Mid style Pivotal seat. The seat features a 3-panel microfiber material covering with the same Paradise pattern with bikini babes, snakes, scorpions and more printed on the seat, Shadow’s Classic woven patch stitched to the rear and plastic bumpers on the rear and nose for extra protection against wear and tear.

The Hucke Signature Series 4 Penumbra seat is available for $35.99 on Dan’s Comp or you can have your local shop get ahold of Sparky’s Distribution to get you one ordered up today! 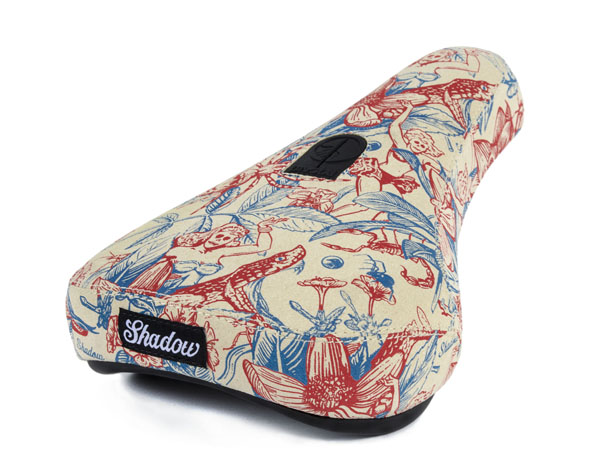 So that’s a look at the new 2015 signature series Penumbra seats from The Shadow Conspiracy! Which one do you like the most? Let us know in the comments! Also, feel free to hit that “Share” button up top or pass along the link so your friends can check these seats out! You can find out more about Shadow and their products by visiting their website — TheShadowConspiracy.com!