The other day, the latest video from the Sasquatch Canyon crew out in California dropped on the world for us all to enjoy. The “Notes From the Field: Short Cuts” video is Jackson Allen’s latest creation coming from footage he had collected throughout the past few years through iPhones, DSLR’s, GoPro’s and more. There was so much footage that he was able to produce a 15 minute video that was filled with nothing but good times, awesome riding, great spots and more.
We were really stoked on the video, so we caught up with Jackson Allen to ask him what really went into creating this video and some insight into the full story behind it. Jackson was also able to hook us up with 13 photos that were shot throughout the making of the video that we have in a PHOTOGALLERY for you to enjoy after you check out the interview!

So check out the video above, give the interview with Jackson a read below, then check out the photos! I am sure you won’t be disappointed! Ready? Let’s do this! 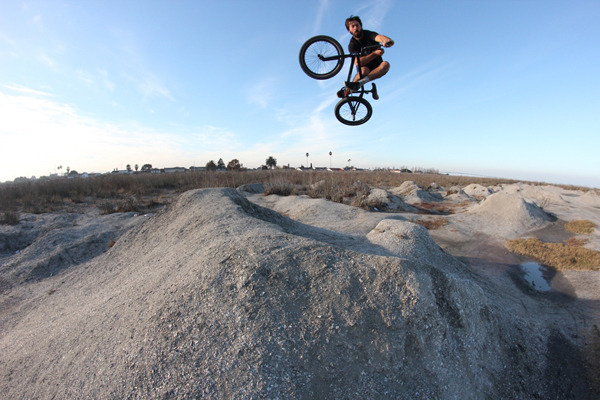 Alright, Jackson! How’s it going? It’s been a while since we’ve caught up! I’d imagine the California weather has been treating you well lately.
Hell yeah man, it’s been one of the mildest winters I can remember. It’s a pretty significant drought year, which has everyone a little freaked out, but on the plus side the weather has been beautiful.

By the time people read this, they probably have seen new Sasquatch Canyon video “Notes From the Field: Short Cuts” since it has been online for a day or so. Let’s start out from the beginning. When did you guys decide to do another longer video?
Well, at the end of the summer I realized I had some unused clips that didn’t have a ready made home, some were shaky cell phone footage or things that didn’t make it into other projects and so I started working on something that I thought would showcase them. It was gonna be pretty raw, a lot of sound but not a lot of music. As I started to put things together it just grew and grew and before I knew it we were filming new stuff for the video. 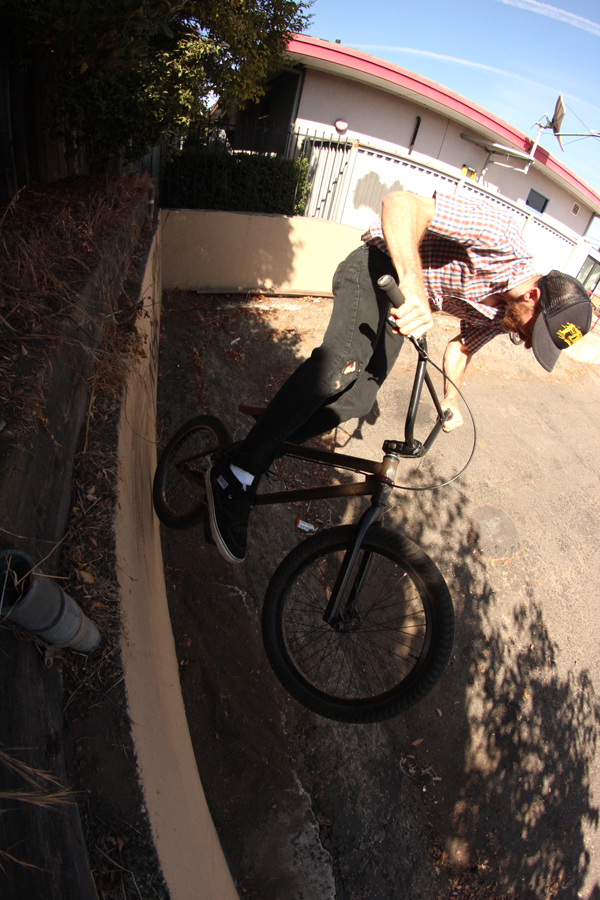 This video was released online only. Did you ever consider doing an actual DVD or was this always destined to just be a fun online project?
Because the project started out so humbly and grew slowly I never actually considered doing a DVD. The only DVD project I ever undertook was just a compilation of all the web videos since I thought it would be nice to watch them with beers and friends and not have get up and fumble with the computer between each section. While I love the packaging and tangibility of a DVD you can’t argue with the unscratchable, archivable and free web video.

I know the footage in this video covers quite a few years. What kind of a timeline did this video cover? I think you mentioned something about 2008 in the description?
Yeah, I think the oldest clip that I filmed was probably from 2010. In Chris Riesner’s section there is some stuff from 2007. I love that his section feels like something from the early 2000 period, between the cameras used and the Built to Spill soundtrack. 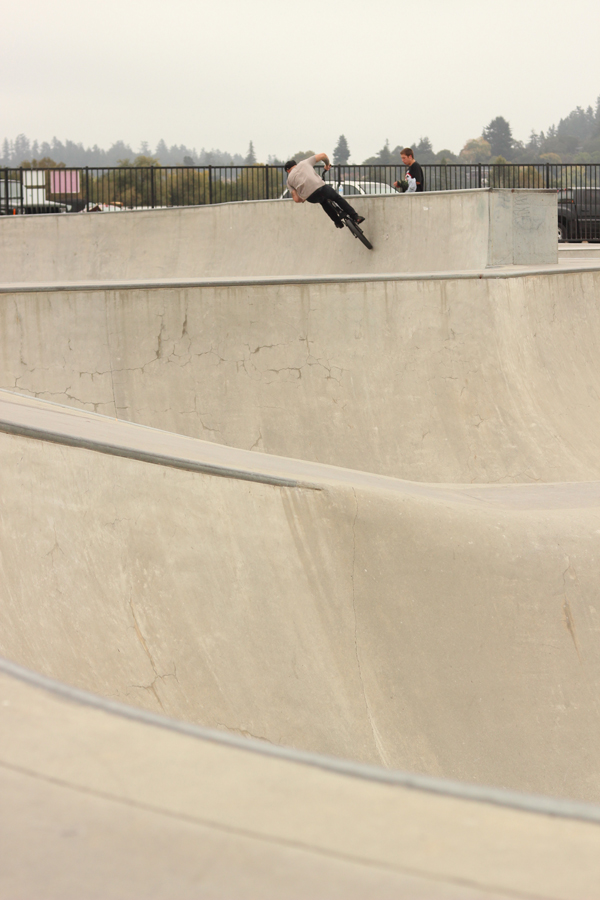 Now, this video isn’t exactly a HD masterpiece, but more or less footage you guys have compiled over the years through different cameras, right? Approximately how many different cameras and phones captured footage in this video? Care to list a few of the cameras used?
Yeah, I really wanted the feel of different formats and cameras. I wanted the whole thing to feel cohesive and unified but also like watching a bunch of different web videos in one sitting. Off the top of my head: lots of iPhones, a Pentax K-7, various Canon DSLRs, a DVX, an older Panasonic 3CCD camera, a GoPro…I think that covers it. The right camera is the one you have with you.

How much ground was covered in this one? I feel like there’s a lot of different places that were ridden in this video?
For the most part it is filmed all over Central and Northern, CA. I think the furthest north is Redding, CA furthest south is Austin, TX, furthest East is somewhere in Massachusetts and furthest West is Santa Cruz, CA.

Who all had a hand in filming this one? Did you edit the whole thing?
For the most part I handled the filming and editing. Chris Riesner sent me all his footage and I put it together, Nathan Parker edited his own section and I am sure Guy French, Andy Maguire, Mike Hernandez and others pointed cameras a few times too. 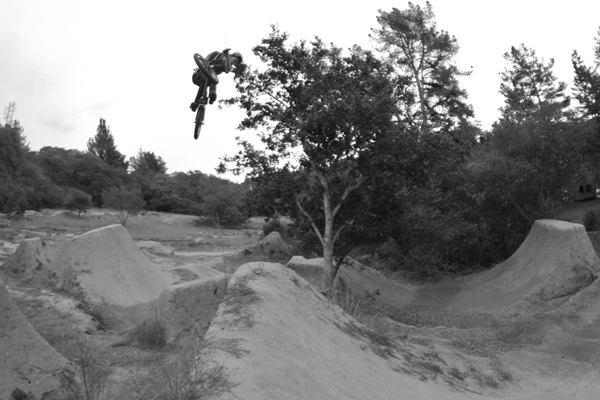 If there’s one thing I know about Sasquatch Canyon videos is that there’s always a little more of a story behind the footage. Can you tell us a few interesting facts about this video that might surprise people?
-My section is entirely self-filmed iphone footage captured on solo adventures. Just kinda an accident of my work schedule for a little while there.

-I might have used some dry ice at some point in the filming.

-The last clip in Nathan Parker’s section was filmed in St. Louis on the morning of the premiere in Santa Cruz.

-Chris Riesner’s part. The first few clips are in Montana and are from a cross country trip he undertook last year. When he reached Chicago he went down really hard in a skatepark and ruptured his spleen. Chris had a lot of complications with the injury and he still isn’t back on his bike although he is moving around well now. Chris has always been under represented in Sasquatch Canyon stuff which is strange since he is one of my favorite dudes and we ride together quite a bit. I reached out to see if he had any archival footage and he sent me a treasure trove of 2007-2010 stuff which is what his second section consists of.

-Andy Maguire’s section is filmed all in a one day trip from Santa Cruz to San Mateo (where Andy grew up).

-The intro is set to the theme of King Kong (1933). I am sucker for adventure movies and there has always been a kind of Indiana Jones theme running through the Canyon stuff. Thought I would play it up in this one.

No video goes without catastrophe. What do you think the worst thing that happened between the footage or creating this video that happened? Any computer melt downs, serious injuries or run ins with the law?
Ya know….a pretty smooth process. My section consisted of a bunch of exploring and trespassing so there were a couple scary moments and a lot of trudging through sand and thistle. The stuff that happens out in the world is just part of the adventure, so I don’t mind that. I hate struggling with cameras and computers, so I am glad this project was mostly without issues. 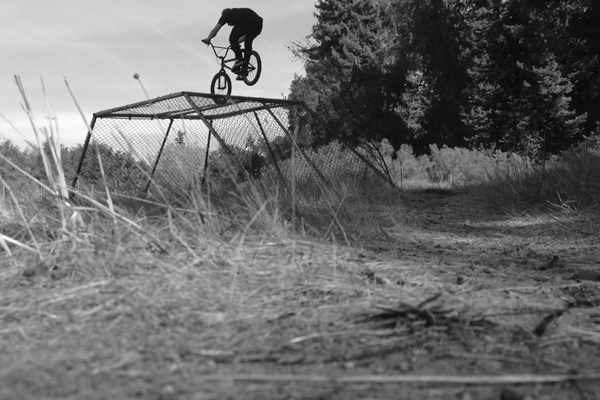 Who all has full parts? If you had to pick, we’re talking gun to your head, who put in the most work for this video?
Well, everyone’s part is pretty short, which is where the SHORT CUTS pun comes from, but there are “full parts” from: Jackson Allen, Guy French, Andy Maguire, Brandon York, Ryan Fowler, Nathan Parker, Chris Riesner and Mike Hernandez. Mike Hernandez’ whole section is filmed before 10am on a few Saturdays. Not your normal BMX riding hours.

There’s a pretty interesting sound track to go along with this video. How did you go about picking the music? Any interesting facts involved in the music? Chris Riesner plays in one of the songs, right?
For the most part I had everyone choose their own songs, or at least suggest them. I think it’s important to have people do that, I am always perturbed when I am watching a video part and thinking, “did this guy really sign off on this?”. Chris’ first section is backed by his own banjo work.

How does Nathan Parker’s brand WEATHER come into play for this video?
WEATHER is an apparel company that Nathan Parker conceived in 2011. We are interested in making durable, timeless things that will stand up to some abuse. It’s not explicitly a BMX company, we just all have our roots here. WEATHER is an effort to preserve and celebrate some of the same feelings we got when we first put a leg over a bike. A sense of wonder. While this isn’t a WEATHER project, almost every rider who is a part of that brand (officially and unofficially) has a small part in this video. In each of those parts there are some tiny inklings and hints of what a WEATHER project might look like. 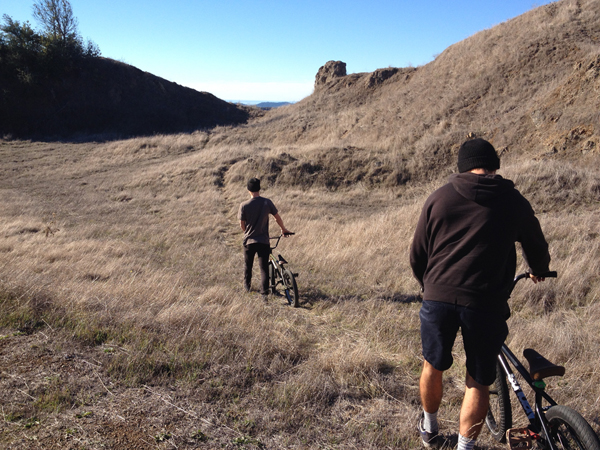 Overall, how do you feel the video came out? Now that it’s done and online, would you change anything?
Wouldn’t change a thing. This isn’t ground breaking stuff, it’s just a goofy, honest and caring look at some old dudes (and Guy French) riding bikes.

What’s next for the Sasquatch Canyon crew? When can we expect another video from you guys between a web edit or another masterpiece like this?
I keep telling myself that each video is the last Sasquatch Canyon piece but I can see another one way out on the horizon. At this point in my life I kinda feel like if it’s worth doing, it’s worth doing right, so I will probably wait to do another longer one. I’d love to do a video around a summer time ramping and camping trip, Ned Planders’ gears are already turning on that one. I am also working on throwing a jam this year. Looking for a piece of land that we can treat like the Lost Boys clubhouse in Peter Pan for a couple days.

How can we keep up with you guys? Are you on Instagram, Twitter, Facebook or anything like that?
Instagram seems to be pretty ubiquitous so I’ll throw a bunch of those out there. Not much for the other social medias although you can always check:
SasquatchCanyon.tumblr.com, FBMBMX.com and WeatherBrand.com for more content.
@SasquatchCanyon
@WeatherBrand
@FBMBMX
@FamiliarStrange
@FrenchGuy
@WeatherVein
@TheThousanthWord
@ChrisRiesner 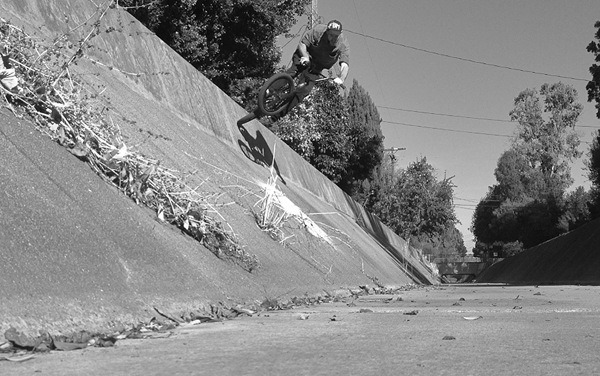 Is there anything I missed you want to say?
I guess I would just add that the video is dedicated to my dog Otis that passed away in October 2013. You can catch glimpses of him in the background of almost every video I ever made, including this one. He loved jumping in the car and going on trips with these dudes. We all miss ya buddy.

CHECK OUT THE FULL PHOTOGALLERY BY CLICKING HERE 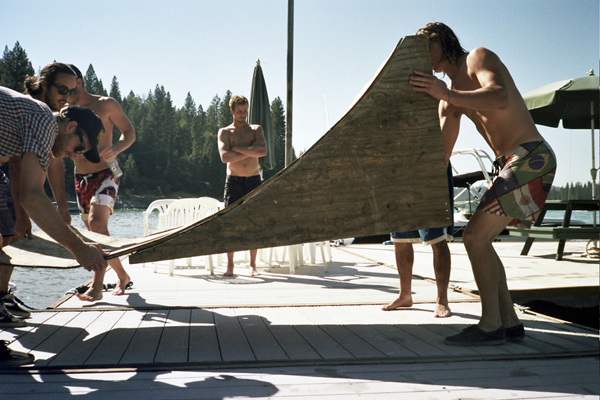 You are here: Home / Interview / Behind “Notes from the Field: Short Cuts” with Jackson Allen
Note: This site contains affiliate links and we could recieve a small comission that supports this site if you were to make a purchase on their websites using our links for no extra charge to you.