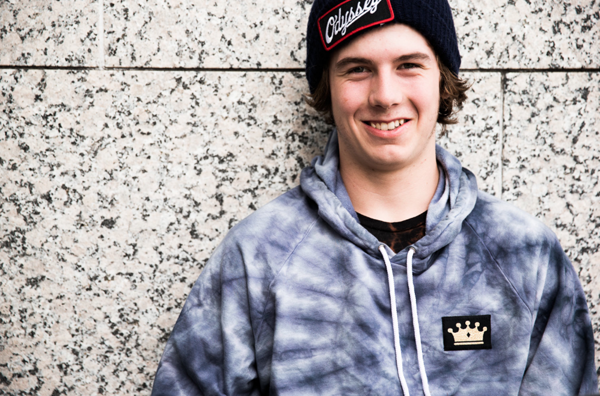 It’s crazy how many damn good riders are coming out of Canada lately. Not to say that hasn’t happened in the past, but it just seems like there’s been a whole new round of guys that have been on fire lately. One of those guys would be Brandon Webster who has been lighting up the internet with video after video of him just crushing spots from Joyride 150 to Austin, Texas.
It’s no surprise he recently found bumped up to a spot on the Hoffman Bikes pro team, so we figured it would be a real good time to get to know just who this kid from Canada is since I can imagine we’ll be seeing plenty more of him in the future! Check out what he had to say!

What was it that first got you into BMX? Any early memories?
I started out on Mountain bikes when I was really young but came to realize that there are absolutely no mountains in Ontario, haha. I remember living in a new sub division and there was dirt everywhere so a couple friends and I started building jumps. And I guess you could say that’s how it all started.

So this interview comes at a pretty good time. You just found out recently that you were bumped up to the Hoffman Bikes pro team. Did you expect that news at all?
Not at all! I just went on the website to check something out and my profile had been moved from flow to pro. Really stoked! 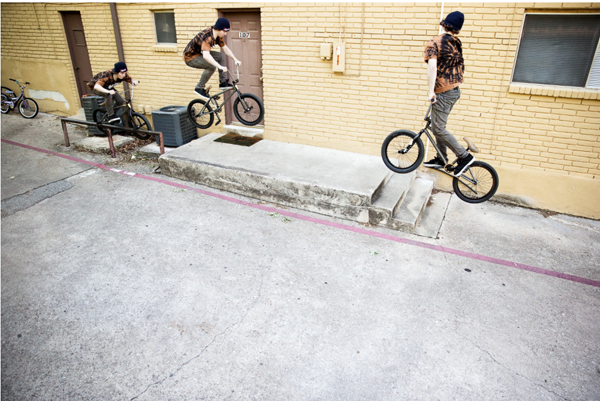 What do you have in the works with them these days? Do you have any trips, signature parts or anything like that, that you are getting excited for?
Not much is in the works. Im going to LA for the Red Bull Phenom contest this august but other than that just cruising Toronto and filming as much as possible.

Do you have any other sponsor news you can tell us about? I feel like a lot of people have taken notice of your riding lately.
No sponsor news. But I’m stoked how things have worked out with who I’m riding for now.

Speaking of your riding, it seems like you have been on a web video spree lately. Are your pretty motivated by filming or is it just that there’s always a camera around you?
With the long Canadian winters it gives you a lot of time to think. So now that the warm weather is here you could definitely say I’m motivated by filming. I also have one of the coolest dudes to film with, Justin Browne makes filming such a good time.

Are you working on any new videos? When can we expect a fresh edit out of you? Do you have any video parts coming along at all?
Yep! Filming a welcome to Lotek video and a HUNT section. I just had my edit from my trip to Austin, TX hit the the net not too long ago too. 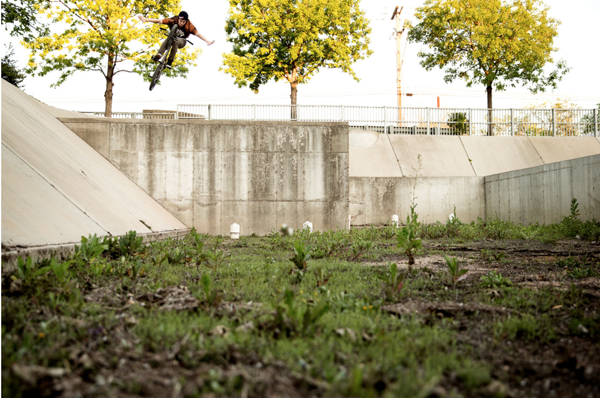 You’re pretty commonly seen at Joyride in Toronto. Do you feel like having that park around is a huge reason for how well you progressed?
100% that park has been one of my biggest influences for riding. Always something new to ride and someone to ride with.

I’d imagine having the street spots around Toronto have been a huge help to. What’s it like having a massive city like that to work with?
It’s so cool being close to such an amazing city for riding! I don’t know too many spots but when I get to ride with locals like Chris Silva and Chijioke Okafo it’s a treat! They know the city like the back of their hands.

I know you recently took two weeks to travel along the east coast from Toronto down to Florida a little while back. How did that opportunity all come about? What were some of the main things you wanted to get done on that trip?
Just felt like getting away. My good friends Mike Gray, Eric Favot, Justin Browne and I just decided to hit the road and ride everything we could on the way down to Miami.

You also had the chance to make it out to Estonia for Simple Session this past winter, right? How did that trip go for you? Any plans on making it out there again?
Yea! Such a crazy opportunity. Had the time of my life and can’t wait to go back next year. Hopefully I can fight the jet lag a little better next time, haha. 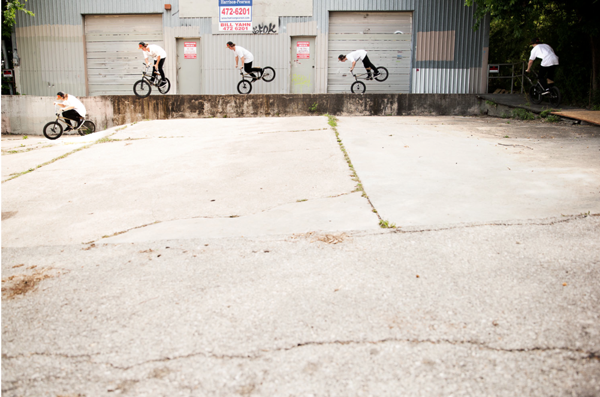 Let’s say you get a fat budget to take any 5 riders anywhere in the world for a week to film. Where do you go, who do you bring and why?
Probably Barcelona or somewhere in Spain. I’d Probably take Mike Gray because he’s one of my best friends and we ride together quite a bit, Dillon Lloyd because he’s the man and one of the best riders I know! Matt Nordstrom kills it and is an awesome dude to be around, Mark Burnett because he’s a fresh kid and amazing. And Tyler Fernengel because he’s the future.

How much time do you have left with high school? Any plans of going to college or anything special once you wrap things up?
1 more year! I honestly have no clue. I’m just going to leave the College / University option open and see where life takes me.

Who are some of your biggest influences when it comes to riding?
Garrett Reynolds, Denis Enarson, Mike Gray, Dillon Lloyd, Tony Hamlin, and Bruno Hoffmann.

What do you think you would be doing right now if you never got into BMX?
Probably partying way too much, haha.

What are you usually up to when you aren’t riding these days? Any jobs or other things you’re incredibly good at?
I work at joyride so that takes up a lot of time but other than that I love fishing, that would be one of my other passions.

What’s something about yourself that might surprise people?
I’m super into wild animals and stuff like that. 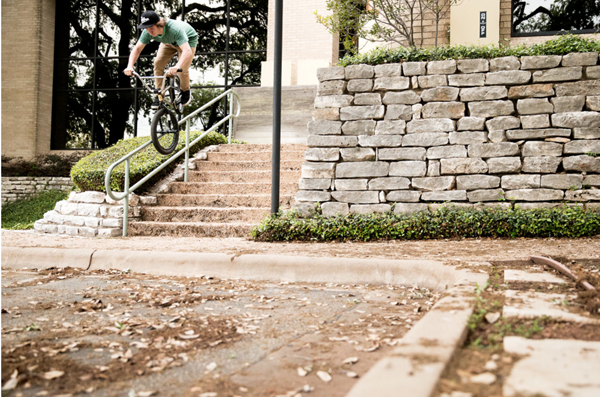 It’s Friday night. What are you getting into?
Working until 10:30 then looking for some people to chill with.

What’s the last song you heard, movie you watched and website you visited?

Song: Strictly for my jeep by Action Bronson,
Movie: Into the wild,
Website: YouTube.com 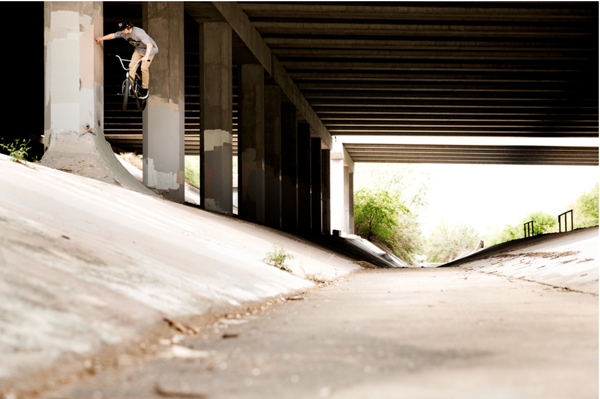 Where do you see yourself in 5 years?
Hopefully living it up somewhere warm!

Are you on Twitter, Instagram and all that other social media stuff? How can people keep up with you?

Do you have any shout outs or thanks?
Shout Out to all my sponsors for supporting my dream, my parents for being so supportive, Justin Browne for always being down to film and all my riding buddies for keeping my life interesting.

Anything else you have to say?
Nope. Thanks Kurt!