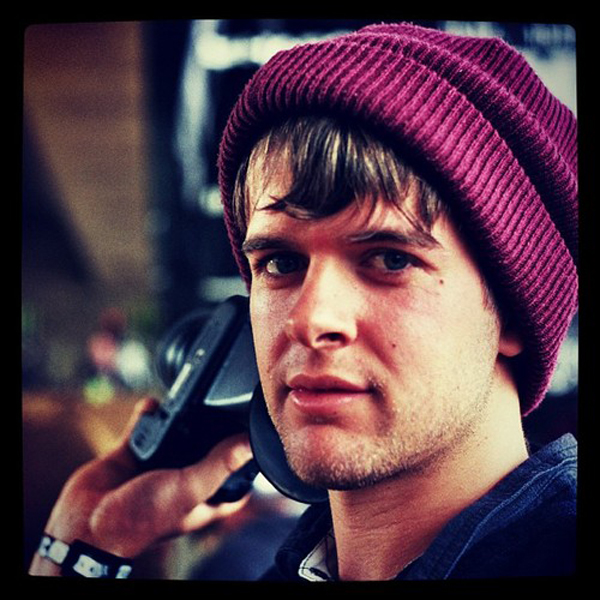 Things have been crazy over here behind the scenes lately and we’re slowly sorting a bunch of things out that we think you will be really stoked on and we should be able to announce the next few weeks. One thing we can let you in on is that Deluxe‘s Mark Noble will be coming through with an Original every now and then. Some of those originals will be in the form of this new series called Firsts where Mark will be catching up with different riders and industry members to find out some of the first times they did things. We’re kicking things off with filmer, Chris Wilmshurst, who has been on it the last few years with his work for different brands and Vital. So let’s see what he had to say!

First BMX bike you had:
The first bike I was bought as a kid was a DK Six Pack, the bike was heavy, but it seemed like the best deal at the time and back then, they were sold in Halfords.

First BMX Video you watched:
The first DVD I saw was Road Fools 12, my friend loaned me the DVD and I was hooked, I must have watched it daily. Even to this day, I still think it is one of the best BMX DVDs I have seen.

First BMX event / comp / show you went to:
The first event I went to was the 2005 2&8 jam, and it was an eye opener for me. There were so many big UK pros from all over the country in attendance and they were all throwing down big tricks. It was also interesting to see how the locals compared.

First Video you watched and thought, “I’m doing this” – ie, what inspired you to film):
I originally started filming to just document progression of myself and my friends, but then I saw Will Stroud’s Cinematography reel and I thought, people are making a living from filming BMX, so that pushed me to film more and more.

First Pro BMXer you met:
The first Pro I met was Shaun Eglinton, he rode my local skatepark – Worcester Ramps – and was always around to tell us stories. He also taught me a few tricks.

First camera you bought to shoot BMX:
The first camera I bought was a Fuji Finepix s5000 – it was an all-in-one digital camera that had a video mode. I bought it mainly for the video mode as I wanted to film myself and all my friends, I must have taken about a maximum of 100 photos on that thing. As for now, I’m currently shooting with a Canon 60D setup with an 8mm, 11-16mm, 30mm, and a 50mm. I’ve got some handy tools like an Eazy Handle, which makes filming so much easier when I’m on a skateboard or filming low shots, and a glidecam for all those Joe Simon-style shots.

First rider you photographed:
The first rider I probably filmed was Joe Dodd, the guy was the local shredder and was doing things way before everyone else.

First trip you went on to photograph or film BMX:
The first official trip I went on with a company was with Total BMX, and that was to the Rebel Jam, though I had been filming professionally for about two years before I was asked to go on a trip. I was really stoked when Total asked me to come along, it was a great experience and the crew are really fun to hang with, they all bring their own wacky and crazy personalities. Even Remo, the team manager, gets a little loose. I remember we were heading to a club for The Hunt premiere and he said, “oh we’ll only be half an hour” he ended up staying till the early hours of the morning and got absolutely wasted.

First professional job for BMX photography or video:
I just finished filming Dean Cueson’s edit we shot at Epic Skatepark – which is now known as Creation – and as I did back then when I made videos, I uploaded it to all the websites, Youtube, Vimeo, Vital, etc. The video got a lot of views and people were buzzing. A few days later I got an email from Kyle Carlson asking me if I wanted to film for Vital and produce regular videos for them. So my first edit was to be of a local shredder named Will Watling. Unfortunately, he got injured while we were filming at Cheltenham Skatepark, but fortunately Sam Marden was in town and he was an up-and-coming rider and we got something done. It was great as at the time, the Levi’s videos were all the rage and Sam’s edit topped the Most Popular videos on Vital that week.

First mess up:
I’ve messed up a few times with filming locally, but I think the worst time was when I was filming Mark Webb’s The Webbie Show. The Ghetto Shed is just over a two hour drive from my home and I forgot ALL of my memory cards. It was the biggest mistake, as Webbie wanted to send so much that day. Luckily Ross Penny lived close and agreed to come up and lend me his memory cards.

First video published / featured:
I’d say the first video I had published was my ‘Another New Day’ mix tape, it featured a lot of local riders that I rode with and myself. It was a long process of filming and editing and it always reminds me of the good old days.

Where are you going next:
I’ve just finished filming some edits for Vital and I’ve got nothing planned at the moment… No plans to travel for the rest of the year, so I’ll most likely be going to my local skatepark a lot.

Short edit I filmed of Dean Cueson & Ryan Taylor having a chill ride as opposed to normal. Shot for VitalBMX.com

I was asked for a university project to compile two showreels. Here is my first one featuring some shots from over the past two years. I film BMX, but dabble in documentary work and skateboarding.

Highlights from one of the best contests i’ve ever covered. The Nike POOL Jam.  original video for VitalBMX.com

VISIT: FRONT PAGE // DAILY SECTION // BMX COLOR APP // BMX VIDEOS
You are here: Home / Interview / Firsts: Chris Wilmshurst
Note: This site contains affiliate links and we could recieve a small comission that supports this site if you were to make a purchase on their websites using our links.