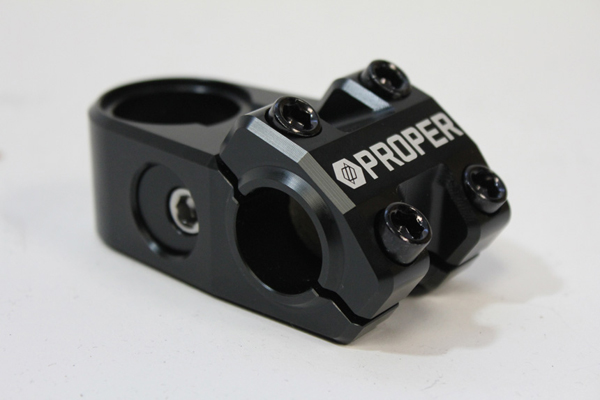 Over the years, stem technology has changed up pretty drastically. They’ve gone from these blocks of alloy steel that had 6 (sometimes 8!) bolts in them to keep your bars and fork connected while holding that headset in place all the way down to these crazy CNC machined to the max stems with one bolt holding it all together. It just goes to show how much innovation has come to a part like a stem over BMX’s fairly short history. A few weeks back, the guys at Proper Bike Co. let me in on a wedge based stem system that’s been in the works for a couple a years now. After being put on the back burner for a while, they’ve finally designed something they’re totally happy with and are getting the test results they want in order to really give it that Proper stamp of approval. All though the stem won’t be out for a few months, we figured it would be cool to give you guys a sneak peek at both versions of this stem and find out what really went into the making of it. This is what Jamie over a Proper had to say… Let’s take a closer look! 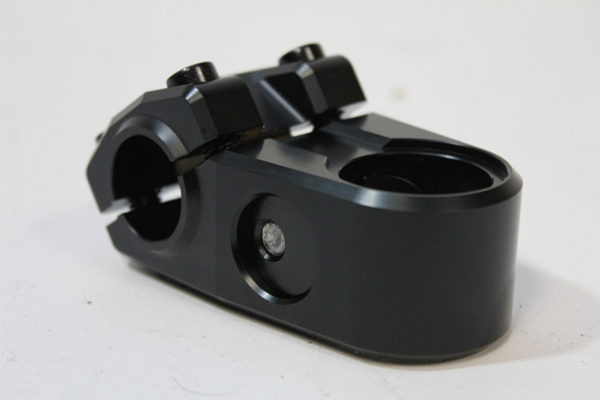 For this Insight, we’re taking a closer look at the new stem you guys are cooking on. This stem was something you thought about doing years ago, right? Why did it take this long to get it out?
We looked at doing a wedge system nearly 5 years ago and had various samples of stems using different designs. None of them ended up gripping the streerer as well as a regular 6 bolt stem, so we put the wedge idea to one side for a while and worked on other products.

What were some of the reasons you chose to wait to do something like this?
Testing the stems was one of the main concerns; we wanted to make sure that they’re both strong and reliable. We could have released them a lot earlier but then we wouldn’t have known for sure if there was going to be any issues with the wedge system we chose. Bars, forks, headtubes, and stems are the main areas on a bike where failure doesn’t bare thinking about. 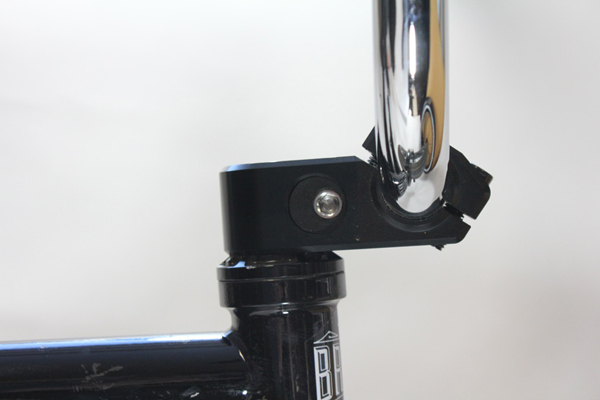 Over the years it seems like stems have gone through a lot of phases from being blocks of steel to CNC machined aluminium with holes all over and now they’re making their way back to the more solid form. What did you guys decide to use for the materials on this stem? Does the wedge use the same materials?
We’ve used 7075 T6 alloy throughout on the stem. The entire stem (including the wedge system) is CNC machined out of the same material. Most stems are forged and CNCed a little afterwards but these are CNCed from billet.

I know you guys have had the popular Microlite stem out for a while which uses the classic 6-bolt design. What is it about the wedge system that you keep coming back to it as something you wanted to do?
It makes the area behind the streerer tube (and in front of your knees) a lot cleaner looking and safer but a lot of companies shy away from it as they can’t find a suitable clamping system. There are few things (other than geometry) that you can change on a BMX nowadays and there’s already a huge choice of 6 bolts stems (we offer a regular 6 bolt version ourselves). 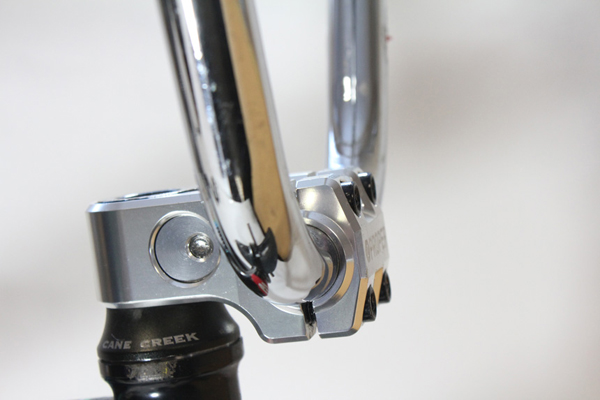 You guys actually tested out two different styles of wedges for this stem, right? Care to share the differences in how they work?
We tested one with a twin bolt (4mm Allen key head) and a second with just a single bolt (6mm Allen Key head).

Which one did you ultimately go with for the final version? I think you mentioned in an email that the system is based off another one that Thomson did back in the day, right?
We decided to use the 6mm single bolt design. Both worked fine however there aren’t many other parts on a BMX that use 4mm Allen bolt. Thomson did originally use the twin bolt (4mm) system on one of their old MTB/Road stems. That’s another reason we didn’t use that exact same system! 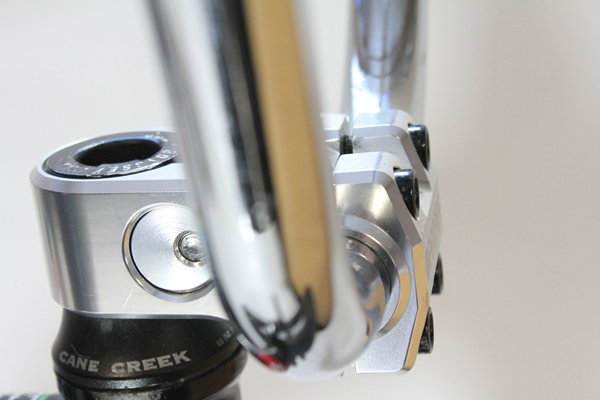 Based on the samples that we’re seeing in the photos, it looks like you guys have done a lot to keep the stem clean while maintaining the strength. Care to share some of the aesthetic details you did to make this one knee friendly while saving weight where you could?
One of the main reasons for us wanting to do a wedge stem is remove the chances of kneeing the bolts. We made it so that there is enough material at the back of the stem to maintain strength but at the same time, like you mentioned, keep the stem clean looking. There’s not much room for internal machining with the wedge system so (again) that keeps everything clean and simple.

In the 6 years this idea has been tossed around, approximately how many different designs did you come up with before doing this final version that will be out in a few months Were there any ideas you had that just couldn’t be done because of price or that it simply just didn’t work?
The very first system wasn’t cost effective. With wedge system stems the majority of the parts have to be made from a separate block of material and that version had a lot of waste. The new version has minimal wastage and requires less machining, making it more cost effective. The original version never gripped as well as a regular stem either, arguably it was more of a piston than a wedge and that system has all but disappeared from BMX since. 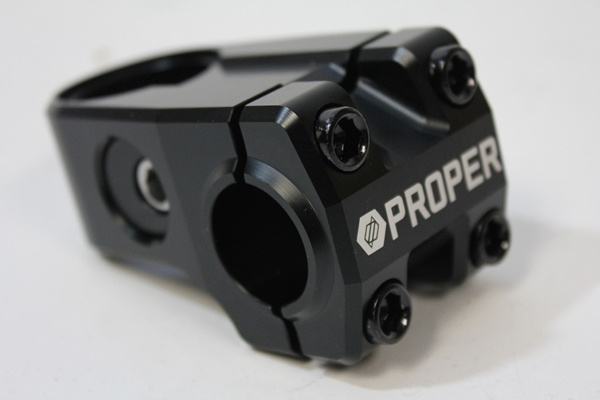 I know the team has been testing this version for quite a while. How long have they been putting it to the test? Did you guys come across any flaws in the process that you fixed?
We’ve been testing for about 8-9 months now. All new stem designs leave you a bit worried about them slipping or getting knocked out of alignment easily. The old version had problems with the stem moving out of alignment which (on that design) also affected the bars. Through the months of testing riding trails, street, and park we’ve come across any situation that might cause an issue and this stem passed with flying colors. It has moved once or twice from really heavy impacts but we’re happy with that – we think it’s better for your bars move a little rather than bend under the heaviest of impacts.

What are some of the changes you guys made with the stem from original concept to final version? Are you guys glad you waited all these years to do the stem right?
Yeah we’re glad that we waited to make sure we got everything right. The old wedge system was far too fiddly to fit and as a rider I would get frustrated with it every time I took the stem off. The new system is cleaner and a lot easier to use. 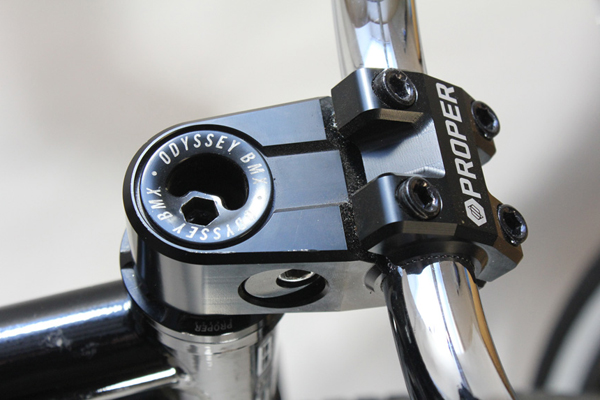 What color options will this be available in?
Just anodized black and high polished finishes for now. We may expand beyond those options in future. 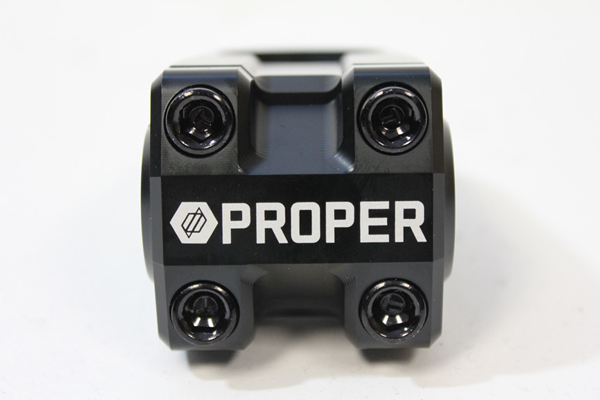 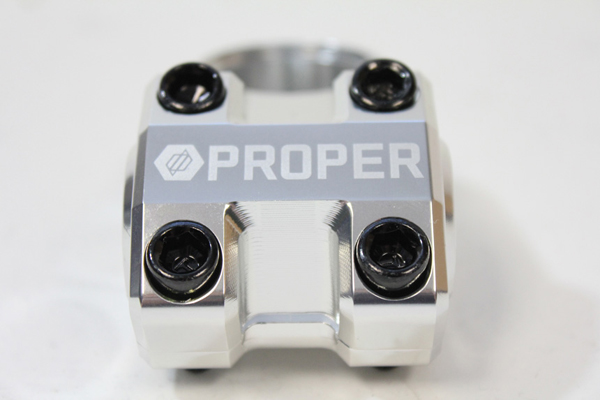 When are these expected to start hitting shops around the world? Any idea on price?
We don’t have a specific date yet. Most likely the beginning of Fall (or Autumn if you’re British). They should retail for around £60 in the UK.

Can shops and distributors start pre-ordering this stem? Who should they get in touch with to make that happen?
Our distributors around the world are pre-ordering the stems about now for Fall delivery (due to lead times). Shops can pre-order them as soon as they like but obviously have to understand that there will be a wait. Customers/shops outside the UK are best off heading to our website www.properbikeco.com to find their local distributor.

What’s next for Proper? Any hints on some of the other projects you are working on right now?
Janis Cunculis and Sam Cunningham have prototype frames that they’re testing. Other than that we’re still trying to get our new hub design to market. There’s a new socket drive sprocket about to drop and some other subtle improvements to our product line that we’re working on. 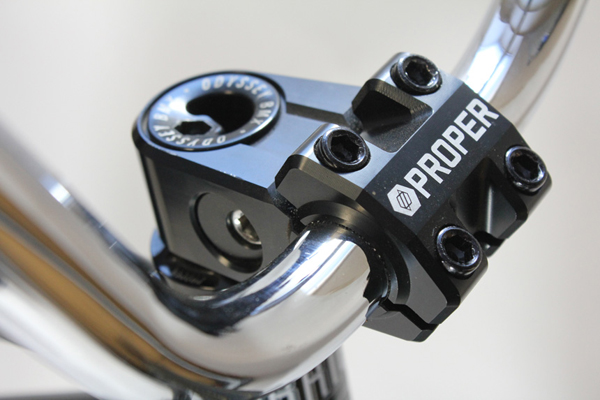 Is there anything I missed you would like to add?
When the Microlite stem came out it looked different than anything around at the time. No-one had used features like the countersunk pre-load bolt on a production stem and now pretty much every stem has one. This stem is an evolution of the Microlite, it’s slightly bigger all round to cope with the biggest drops, it’s refined in every detail, and we finally found a wedge system that works as well a regular 6 bolt stem but is cleaner and more compact. 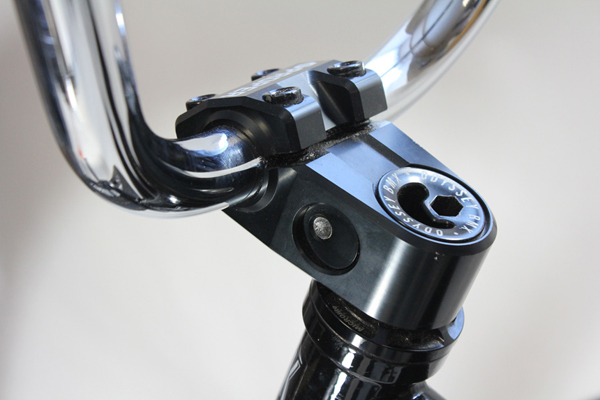 You are here: Home / Interview / Insight: Proper – Wedge Stem
Note: This site contains affiliate links and we could receive a small commission that supports this site if you were to make a purchase on their websites using our links for no extra charge to you.