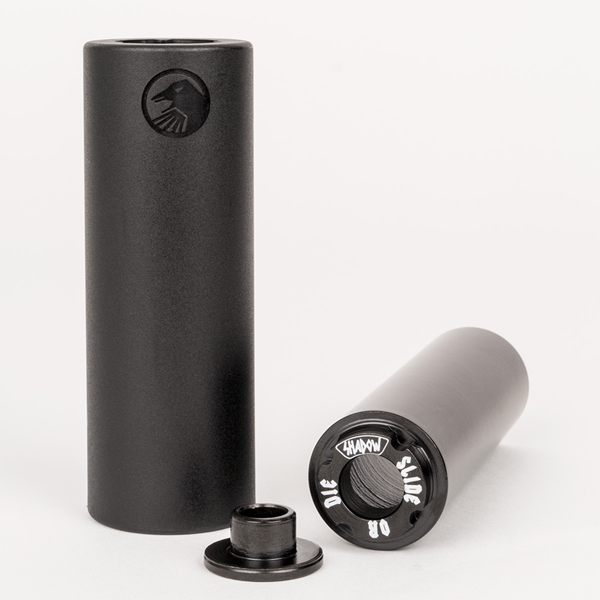 Over the course of the past few years, we’ve seen a large amount of plastic and nylon start appearing on BMX bikes from pedals to hub guards, bar ends, seat posts and pegs. These options have helped keep the weight of bikes down, private property from being destroyed, skaters from complaining (… sort of) and in some cases, keep you from more pain that you would have suffered from some metal pedals blasting you in the shin.
It seems like plastic pegs have been one of those pieces that everyone has been putting a ton of focus into the past two years and there have definitely been a lot of advancements and really good options made available to help you get your grind on. One of the newer options coming along in October is Scott Ditchburn’s signature Slide or Die pegs from The Shadow Conspiracy, the second plastic peg option from the brand since their original Slicker sleeves.
With the completion of the peg wrapping up and the first batch about to be dropped on the BMX world, we figured it would be an awesome time to catch up with them to find out just what makes these pegs unique from what’s already on the table. Let’s take a closer look! 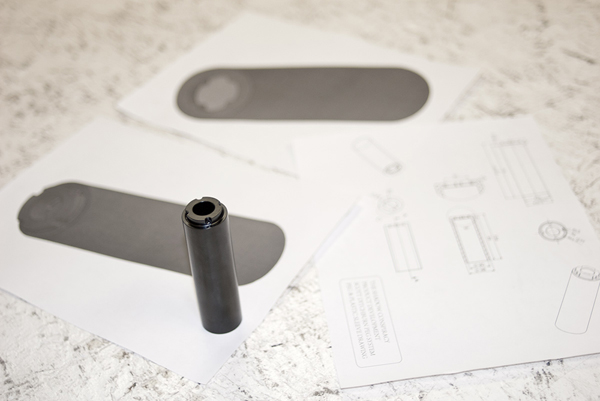 Alright, so let’s start this out from the start. When did you guys start tossing around the idea of doing a plastic peg in the first place? Who was one of the driving forces behind this one?
It was a team effort for sure, with Joey Juaristi heading it up as product manager. We first started working with the idea of plastic pegs way back in 2008 with the Shadow Slicker Sleeves project that came onto the market in 2010. The Slicker Sleeves are used in conjunction with the Little Ones peg. Joey took what we learned with those, the ideas that Ditchburn had and had at it.

Plastic pegs have been a hot commodity in BMX the past few years and it seems like there’s been a few different versions and a lot of similar ones that have been available. Going into this project, what were some of the key features you really wanted to focus on?
We wanted to make something that was 100% functional and a different concept than what was already out there. Also keep it small and strong as possible. The life of the plastic sleeve was also very important, so we wanted to make it thicker and more durable then other brands. And of course the ultimate slider!

How did Scott Ditchburn fit into the picture? What kind of input did he have on the design process of these guys?
Man this project is Scott’s baby, haha. He gave very specific input into the function of the anti spin feature and what size and weight he had in mind. Joey headed up the project and made it all happen, with sweet results!

How long did it take to go from idea to design to prototype? I feel like a lot of people wouldn’t think it takes long to get a peg made?
We went through a few different designs and ideas, working with Scott very closely on what where the good and bad points for each prototype. Start to finish about a year.

Were there a few different designs you guys worked with or did you have a pretty solid idea of what you wanted to do before getting into prototyping?
We had a pretty clear idea from working with Ditchburn, he spelled out what he liked and didn’t like with what was available, how they can be improved. We took that info and started drawing and conceptualizing. 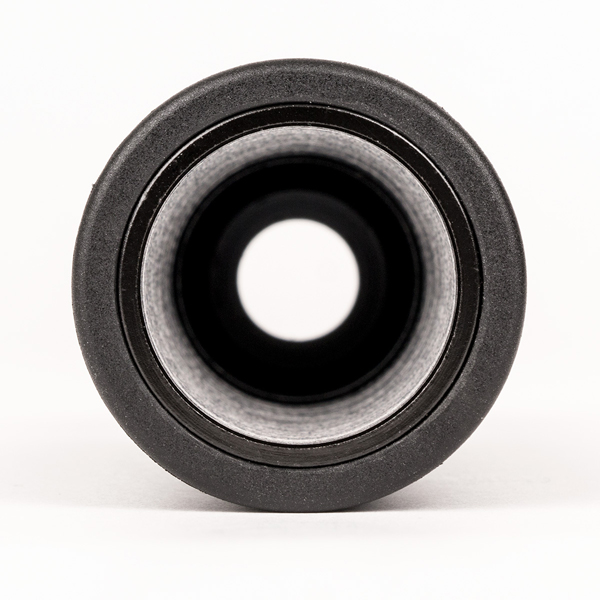 One of the main things a lot of people complain about with pegs are that they end up being bulky and over sized. It looks like you guys really focused on making the peg as small as possible. What was the trickiest parts about making this happen?
Making sure that a 17mm socket will fit inside haha! That and making sure that it would hold up to what the riders will put pegs through… a pegs life is tough!

You guys chose to go with a butted and heat-treated chromoly core versus an aluminum one. What are some of the advantages of doing it this way? Care to explain how you were able to get such a slim and thin walled core to work?
We had lots of experience with chromoly pegs, the Shadow Little Ones Peg brought the smaller, slimmer style to BMX and it is still the #1 peg on the market. So it was the natural way to go. Also at the time there were no other peg systems that had a chromoly core. We went through a few designs in testing, adding multiple butted areas and playing with the heat treatment ‘till we got the final product. And though it’s not recommended, a rider could use the core by itself for some light park action, alloy pegs tend to drag way too much on their own. And finally we wanted a slimmer diameter and the alloy pegs demand too much thickness for that – can’t fit a socket!

There are a lot of factors that can go into the “plastic” shell of the peg. Can you kind of explain what kind of a compound you ultimately chose to work with? Did you guys try any other types to see how it would hold up?
We have experience with the “plastic” part of the peg from the development of the Slicker Sleeves and Ravager Pedals. The new formula did not stray far from that formula; nylon + fiberglass are the main ingredients. It did get adjusted a bit during the testing to get what we feel is the fastest formula in the game. 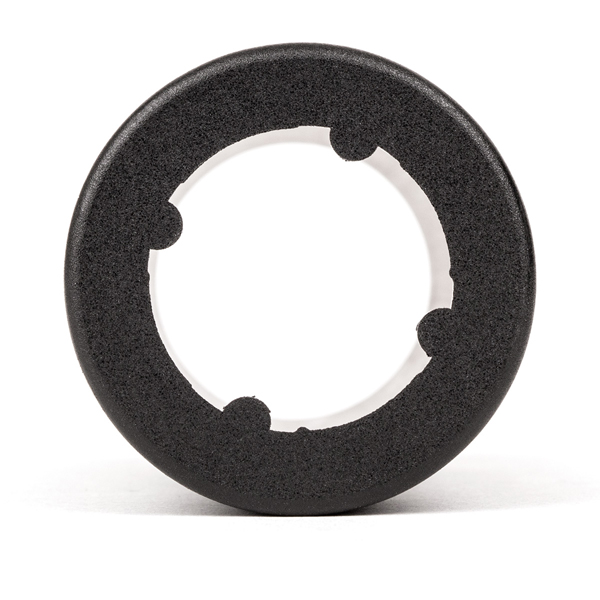 One of the most unique features of the peg is the anti-roll system you guys developed that helps keep the peg from spinning and stay locked into place.What are some of the reasons you chose to add this feature?
This was Ditchburn’s # 1 request! He found that if the peg can rotate, it messed up his balance on certain tricks, like ice picks. So we took steps to lock ‘em down.

I know Scott and some of the other guys on the team put these pegs through the paces for a few months. Did you guys make any changes from the original concept to the final production sample?
Yes, we made some changes to the material composition, thickness and butting of the inner peg, length, that kind of thing. We must have had 5-6 different versions of both the inner and outer parts until we settled on the final spec. 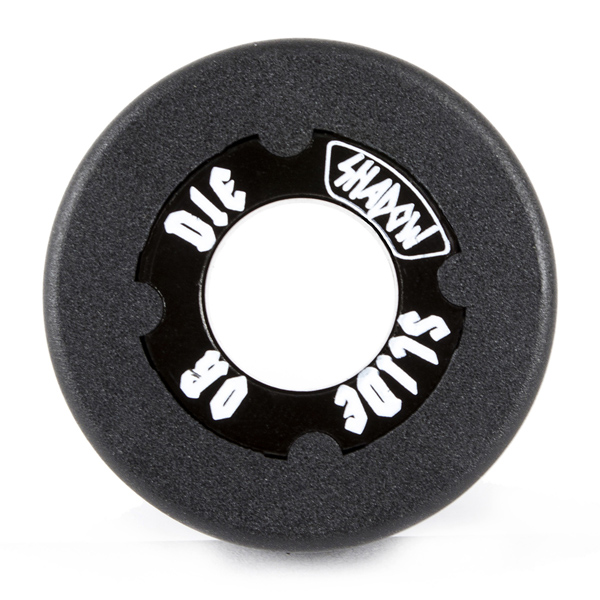 When will these pegs be hitting shops and distributors? Who should shops and distributors contact to get these guys in their stores and warehouses?
The S.O.D. pegs will be available in early October. In the USA shops can hit up Sparkys Distribution or QBP. Please check the Shadow website for a list of International Distributors

What’s the retail price for the pegs?
$19.99 for the peg + sleeve. Replacement sleeves are also available for $5.99 each. 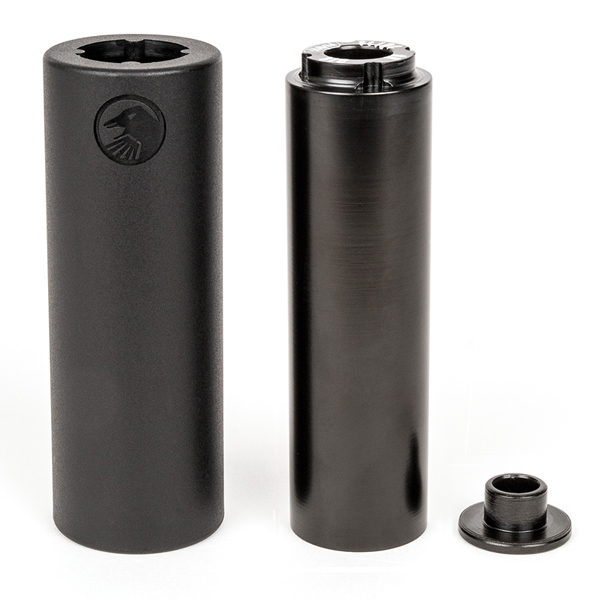 With Interbike right around the corner, can you give us any hints and what we will be seeing from Shadow in 2014?
Oh man, too much goodness is on its way, sprockets, forks, cranks, seats, tires, rims… Keep your eyes peeled!

Is there anything I missed you want to say?
Slide Or Die, bitches, haha!

You can find out more about The Shadow Conspiracy and their products by visiting their website — TheShadowConspiracy.com. You can also find out more information about the Slide or Die pegs right here. If you want to see what kind of testing Scott has been putting these pegs through, check this video that dropped the other day…

Do you have questions? Let us hear them in the comments!