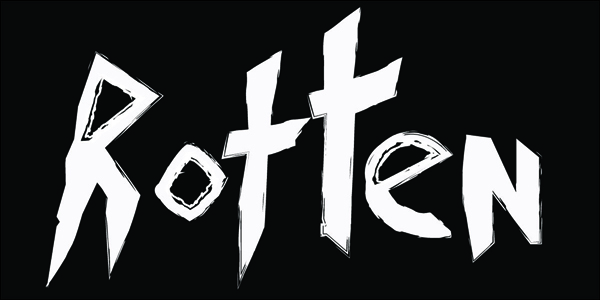 Back in September I was talking to Shajn Raines at Interbike about some of the stuff he was working on at the time. Shajn had mentioned that himself and a good number of the Bone Deth crew had been filming with Chris Crawford for the new “Rotten” video that Chris was working on with a bunch of people. Then a few days after Interbike, a trailer dropped giving everyone a glimpse of what was to come and needless to say, it looked like it was going to be absolutely wild. I know I was definitely looking forward to it.
Finally, at the end of January, the 2nd trailer dropped letting everyone see a little more with what was to come. I knew the video was getting close to completion, so I figured it would be a good time to get ahold of Chris to find out just what to expect from this video and when we can expect it to drop. Check out what he had to say!

All right, so I guess let’s start it out from the beginning. When did the whole Rotten thing start? I know it’s pretty much the same guys from Bone Deth, right?
About 5 years ago or so while we were filming for the Bone Deth video, Tom Molyneux and I were talking about making a video. Tom was filming for Banned also. We didn’t really have any plans for riding and filming after those projects, and we really weren’t into the idea of throwing video part clips on the web. I came up with the name Rotten and started filming for it shortly after the Bone Deth video came out. There’s a few dudes from the Bone Deth team filming full sections, but it’s just a crew video, a lot of the dudes ride for different companies as well. The video doesn’t rep one single or selected team, we are just all friends riding bikes.

You guys have been stacking clips for this for a while now. Where all have you guys went to film for this? Is it going to be mostly based around the east coast?
We’ve been filming for a little over 2 years, while also filming for other projects. Yeah, it’s mostly east coast too, which I’m really psyched about. Tom and a couple of the dudes have some west coast clips. Jay’s got some clips in his motherland (Australia) and kert’s got clips from Estonia and England. And friend clips from all over. That’s always nice way to round out a video. 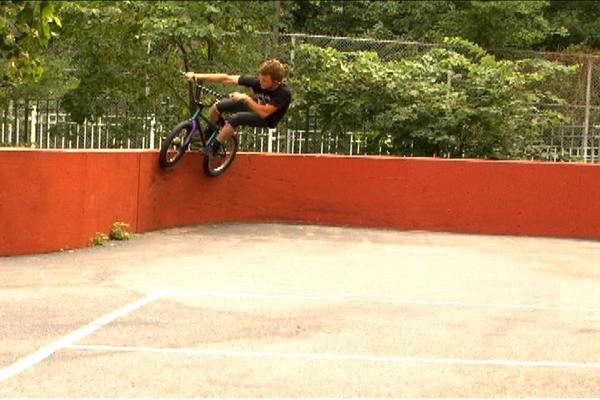 Who all will have full parts in the video? Any hints at who really went balls to the wall for their part?
The video will feature full parts from Andrew Mick and Ryan Lamont, Eric Holladay, Tom Molyneux, Jay Wilson, Kert Petersel, Erick Carment, Pat Quinn, Myself, Sean Burns and Albie Bennett, Team Shralp, and Shajn Raines. I think everyone who filmed section or not, went pretty damn hard.

Who all helped with the filming and editing?
Everyone filming a section or friends of riders filming sections helped filmed for this video. It’s too much to list, haha. But I do wanna say thank you to all the people that were behind the camera and helping to make this shit happen. I did most of the editing but I did get some help from Burns, Dean Dickinson, and Shajn Raines.

Based on the trailers you have dropped, I’m getting the vibe that there’s going to be a bunch of kooky shit in this. Outside of the riding and old homeless ladies dumping their tits out. What kinds of things will people be seeing in this?
More than anything it will be riding. The weird shit is just interactions or events that occurred while we were filming for the video, some weird shit… To sum it up, I’d say the video is 85% riding 15% weird shit.

So… I take it this one isn’t for the kids?
Ah I mean, if your parents are cool…

Care to share a good story that comes to mind from the filming? Any super sketchy situations, people getting arrested, trips the emergency room or anything cool like that?
The first thing that pops in my head was a day in the summer a couple years back, a few good men went down that day, haha. We’d been partying pretty hard the night before that and it kinda went into that day. We met up with Lee Hopkins and went out for cruise around the city. Karter and I were living in boston, Albie was up for a couple weeks, and Jay and Jamie were stayin for the summer. First spot Lee went down pretty hard trying this bank to rail. The second spot Albie clipped this ledge hop drop and went otb down a nice size drop, he was out for the count. The last spot Karter wanted to fire out a rail, it was pretty steep with a short hard kink, he landed front wheel first coming off the rail and the bars turned 90 stabbing him in the leg inches from is femoral artery, the funny thing was the rail was behind a hospital, that crash took karter out for a while though. That day a few good men went down, haha.

Approximately how many hours of footage did you guys collect for this? About how long will the actual video run for? Will there be a bonus section?
I’d say theres a few hours of raw footage, the video itself will be 40 mins give or take. There’ll more than likely be a bonus section too.

When will the video be out? How can people go about getting a copy when it’s out? Any idea on how much it will cost?
The actually date of release is still up in the air at the moment. You’ll be able to get it from Sparky’s and Bone Deth, along with mail orders and shops. And for price… as cheap as I can possibly make it, haha. 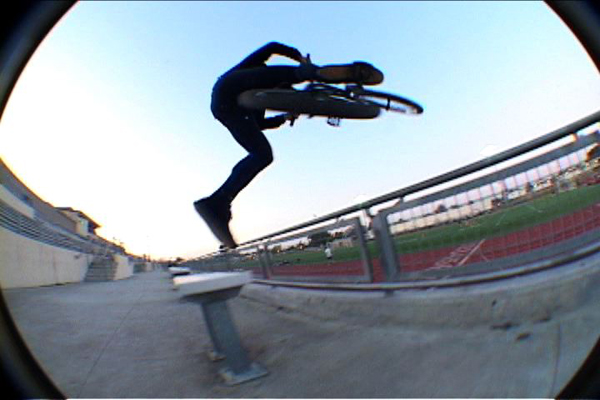 Do you guys have any premiers planned for the video yet? When and where?
The first premier will be at Dick Maul’s on February 9th in Halifax, Ma. The following weekend of the 16th I’ll be premiering the video in Bethlehem, Pa with the help from the A-Town guys. Dean Dickinson will be premiering it in Portland, Oregon. And there will be a few more in and out of the states.

All right, sell this video hard. Why should people pick this one up?
The video is stacked with solid gnarly riding, quality not quantity, with a splash of fucked up shit, good tunes from start to finish, and all at a cheap price. What more can you ask for? 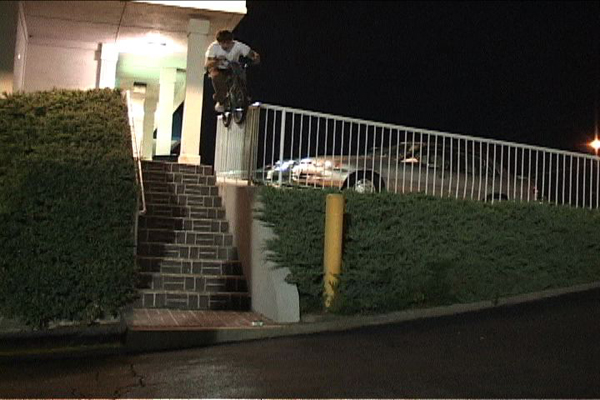 Do you have any shout outs or thanks?
I wanna give a big thanks to Sparky’s, Burns, Lee Hopkins, Dean Dickinson, Cullen Nicholl, and everyone that filmed a section and clips, and held camera for this video.

Anything I missed you want to say?
El Grotten

VISIT: FRONT PAGE // DAILY SECTION // BMX COLOR APP // BMX VIDEOS
You are here: Home / Interview / Insight: The Rotten Video
Note: This site contains affiliate links and we could receive a small commission that supports this site if you were to make a purchase on their websites using our links for no extra charge to you.