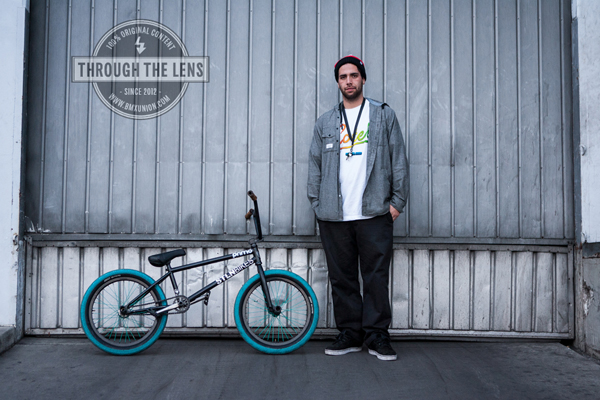 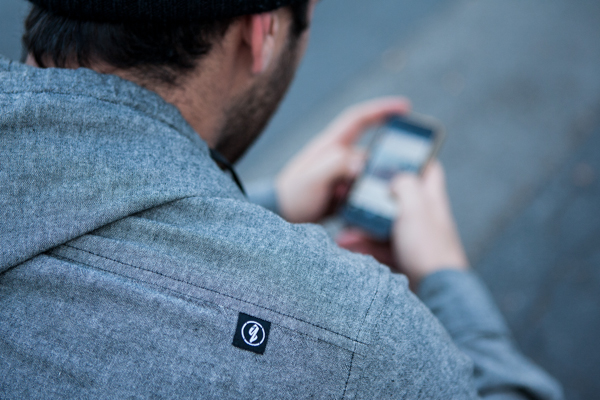 Fill everyone in on your history in BMX. When did you get your first bike and how did you get your start?
I’m pretty sure my first bike was some kind of black bike with mags I think my mom bought it off the back of some guys truck at a gas station. My first ”BMX” bike though was a chrome Dyno that my moms bought me at the De Anza Flea market for $50 bucks I remember both bikes had foot brakes…pretty much the opposite of a free-coaster ha-ha. When I started riding my little brother and I would just ride around town, just hitting curbs and racing around and shit like that. There were these older kids who lived by us that had some jumps that we would always drive by and one day we got some nuts and finally rode over to check them out but to us they were huge and impossible. We never saw anyone there so my brother and I made a tiny jump, we came back the next day and the older guys were there and said we couldn’t ride there and were making our jump way bigger. We eventually met these other riders named Moe and Paulino, they were also older and had beef with the same kids and they only rode street. So we told them what the other crew had done to us and that same day Moe and Paulino rode us over to the older guys house and started punking them and threatening to beat them up ha-ha. We would only ride street and they showed me how to feeble and told me if you went downtown there were more riders at the clock tower. After they showed us that brotherhood I was hooked. To a certain extent the clock tower raised all of the homies in San Fran. I learned a lot of life lessons there. The OG’s taught me how to shave there, ha-ha.

What’s been going on lately? What have you been up to?
Nothing too crazy, just filming. I’ve been bouncing between San Fran and Los Angeles lately. Just went out to Texas and Arizona to film and stuff too.

You are from up North but lived in Los Angeles for a while. What are the main differences riding-wise between the two cities?
I guess the main difference is that I do a lot more off-the-bike stuff at home. I hang out with friends who don’t ride and there are no filmers/photographers so I guess it’s easy to get caught up in the stuff that a city like San Fran has to offer.  When I’m in Los Angeles if I’m not riding I feel like I’m slacking. I try to ride everyday in Los Angeles, I don’t go out at night or anything really.

Who exactly are you riding for these days and what companies help you do your thing?
I ride for Stolen Bike Co., Primo Products, QuintinCo, Lotek, LMB and BAYGAME. I can’t thank them enough, living the dream. 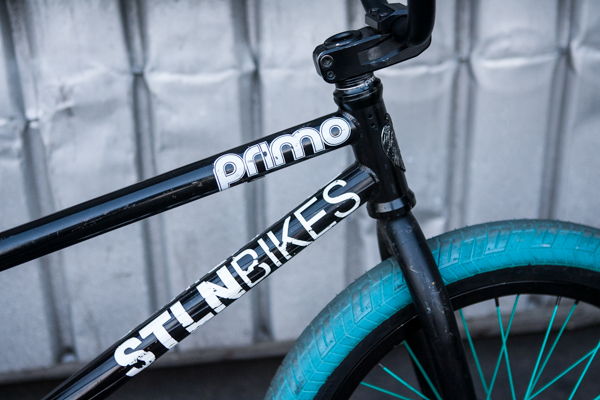 You have a particular style and taste when it comes to riding and choosing spots. What’s the deal with that?
I like to Grind.

What are some set-ups that you can’t pass up?
Shotgun rails, rail-to-ledge, perfect rails, ledge spots, and back to back rails.

Have you always ridden with four pegs?
YES.

You just recently went on that #HAZYINAZ trip to Arizona, how did that go?
It was pretty good, I’ve never been on a trip or let alone rode with a couple of the guys so that was new. I wish I would have filmed more but you win some, you lose some. I had a good time with my son Glen on his first trip out of state. Thanks to Nate for hooking that trip up and big thanks to Robbie for letting us crash at his pad. Oh, and thanks to Wal-Mart for letting me return that air mattress at the end of the week ha-ha.

What’s next? Do you have any projects you are working on or trips coming up?
I’ve been filming with Tommy Blanco for a little something with Stolen and I’ve been filming for a few different things that should be done soon. As far as trips I haven’t heard of anything yet but Tommy and I are trying to hustle up a trip to Guadalajara, Mexico.

What’s good with Stolen? I know you mentioned them having some new products coming out.
Everything with Stolen is going great and I’m excited for 2014. There’s a bunch of stuff in the works actually. As far as new products they just dropped these new blue tires that I’m riding, with more colors coming soon. We have also been working on a signature seat, complete bike and frame color-way so keep your eyes peeled for all that.

How about Quintin? What’s going on with them?
Quintin is goin’ good. The homie Chris is running that now and he has some cool ideas for the New Year.

Who were some of your influences as a younger rider?
Vinnie Sammon, Kurtis Elwell, and Edwin DeLaRosa.

Who are some of your influences now?
The same as above, the Primo team and everyone I ride with. 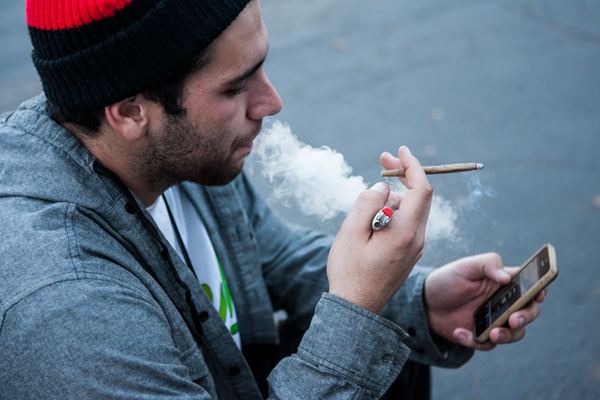 Even though it seems like you kind of just stay on your grind so to speak and do your thing what are your thoughts on the current state of BMX?
Horrrible and Great. Horribly corny at times, but it’s getting better. I feel like all of these companies are scared to put out what their squad really does. If your whole team is smoking blunts all day let it rock, that’s what it is. Stop trying to censor this shit. That same brotherhood and lifestyle that we all love is being censored by our American mags. Dan’s Comp won’t sell stuff with certain shit on it. That’s wack. I think it’s good that all these big box bike companies are dropping their BMX programs. Nobody rode their shit anyway and now people can buy from real rider owned companies. Take back that felt and go get a Stolen. Hopefully all the guys on those companies can find a new hookup.

When it comes to riding, how closely do you follow it? Are you online every day checking up on things?
I’m on Instagram everyday and aware but I don’t check The Come Up like I used to anymore. I definitely check the sites though when my friends drop footage. I keep up on what Stolen and Primo do more than anything really. 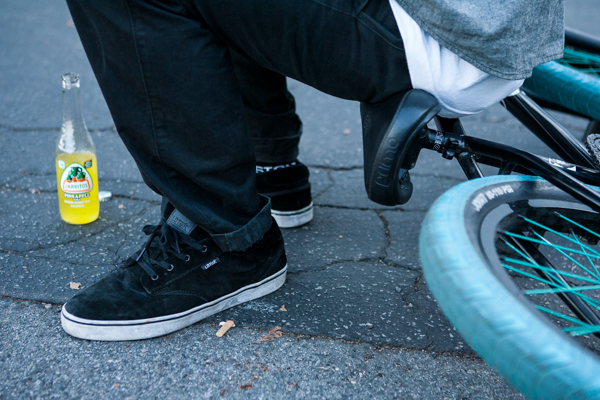 What are some of your favorite web edits that you have watched as of late? Do you have any in mind that stand out to you?
First of all I hate the word ”edit”, to me it sounds incomplete. To me an ”edit” can be revised and doesn’t seem finished. In school you ”edit” your paper before you turn it in completed. I really liked Morgan’s TCU video. I like Everything Tommy Blanco makes, Everything Bob Scerbo makes, everything John Hicks makes, everything Tony Ennis makes.

How about full-length videos?
DEADLINE.

2014 is right around the corner. What is in store for you this next coming year?
Hopefully a lot of traveling, maybe a small Stolen video. BAYGAME video maybe?

You are currently riding a free-coaster; have you ever ridden one before now and either way, what are your thoughts on them?
I had one for one day and hated it. I put on this primo free-coaster like two months ago and haven’t taken it off yet so I’m pretty sure I’m sticking with it. It makes a 180 fun again. 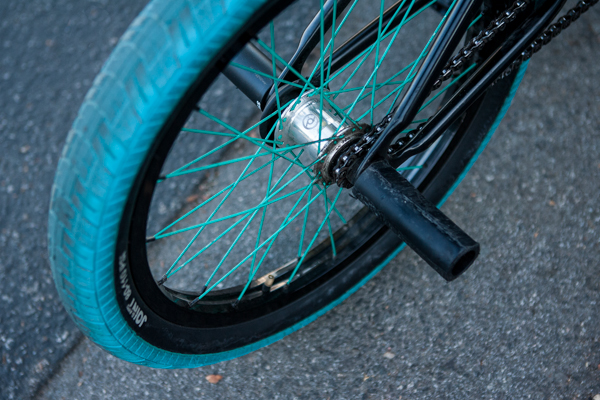 What does the future hold for BMX?
Hopefully nothing but good things.

If you could take a trip right now to anywhere in the world, and have access to any spots bust-free where would you go?
Obviously Barcelona just because I have to go there before I die, but bust free I might say New York City; that place is amazing. Even Los Angeles would be dope with no security.

What motivates you to ride on a regular basis?
Just being outside and breathing fresh air.

I guess that about wraps it up, unless there was anything else you wanted to add why don’t you go ahead and give some shout-outs and thanks.
Thanks to you Jeremy for doin’ this. Shout-out to my Mom, Grandma, brother and all of my friends in SF for always holding me down. Shout-out to all of my Los Angeles homies too, you know who you are. Big thanks to all of my sponsors and anyone who ever put me on with a package or a clip or a couch. 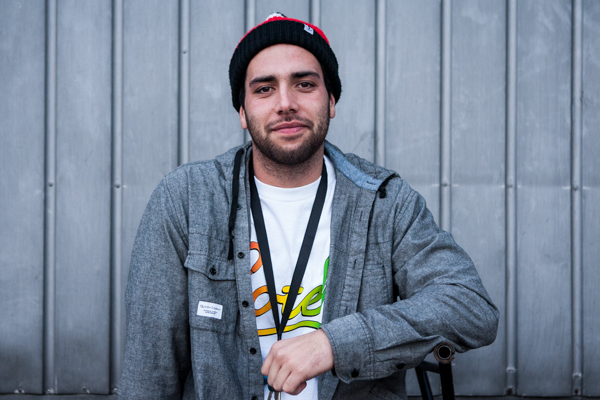 Hopefully you all enjoyed catching up with one of the dopest riders in the streets. The only goal with the “catching up” series from the beginning has been to provide people with a platform to speak freely and openly on all things BMX. Hopefully that shines through this week. On that note, be sure to check back next Wednesday for the ninety-eighth edition of Through the Lens and as always feel free to leave any questions in the comments section or email me at info@jeremypavia.com and I will hit you back as soon as I can. Feel free to follow me on Twitter and Instagram @jeremypavia

VISIT: FRONT PAGE // DAILY SECTION // BMX COLOR APP // BMX VIDEOS
You are here: Home / Interview / Through The Lens: Catching Up with Jackson Ratima
Note: This site contains affiliate links and we could receive a small commission that supports this site if you were to make a purchase on their websites using our links for no extra charge to you.