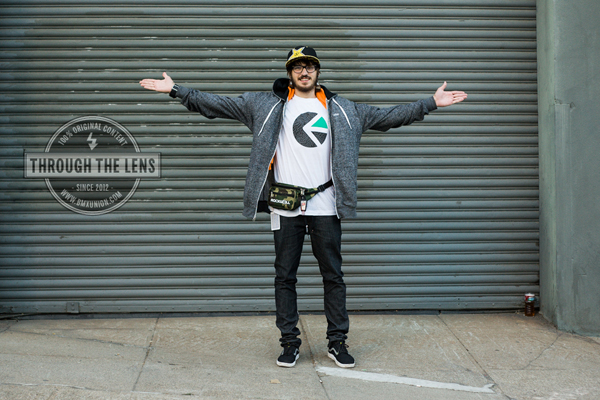 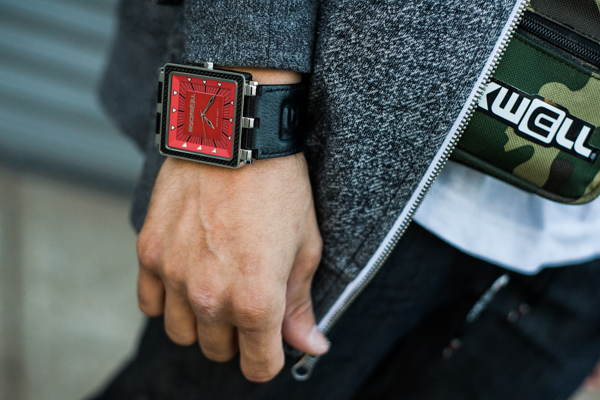 Let’s start with the basics…

So what’s been going on lately?
Not much man, just speech and physical therapy five days a week. I also cruise my skatepark every other day.

How is the riding going?
Slow but fun. 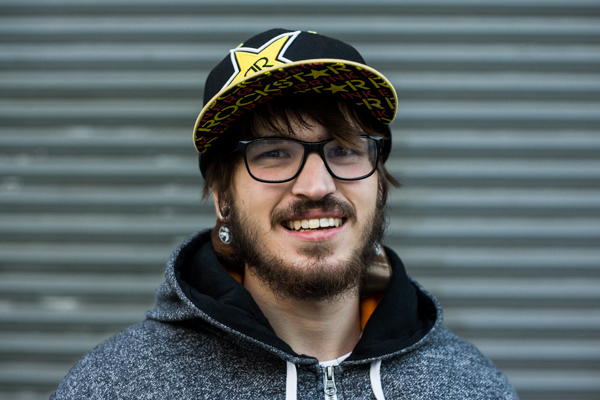 Obviously it has to be different now, but can you explain exactly how it feels to ride these days?
It feels like a getaway, sort of a happy place. Because I’m at therapy so many hours per day, it’s honestly hard to have time to ride and get enough rest for my next day of therapy.

How has the process been getting back on your bike? I know it’s been quite the journey so far. It’s also one hell of an accomplishment to be able to get to the point where you can ride your park again so congrats on that. A lot of people out there in the BMX world are proud of you.
Thank you. And the process of being back on my bike is second nature really. I’ve had a bike since I was four years old so it’s not a walk in the park, but it’s a leisurely stroll.

Seeing the amount of progress that you have made has definitely been motivating. I was actually shooting at the Dew Tour in Maryland and you were on top of the world at that contest. You rode so well and definitely deserved the top spot. What was on your mind heading to the Vans contest in Virginia the weekend after?
I’m not sure honestly. They say there is 5-7 weeks of my memory before when I fell that I control-alt-deleted. 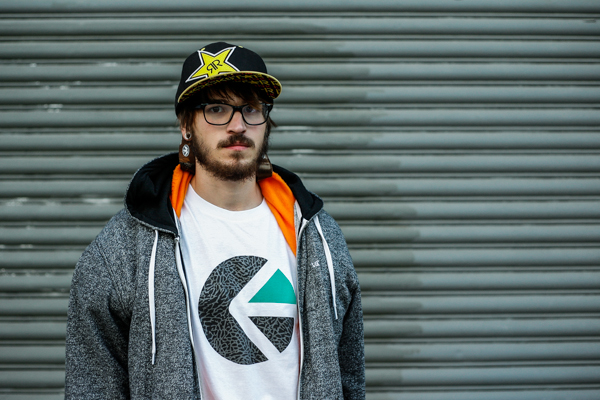 I guess I should have known that and now that you say it, it makes perfect sense. So I suppose we could skip ahead until the recovery process. Between you and I, I’m sure it’s been a difficult ride to say the least. What is it that keeps you motivated?
It’s just being the old Brett again. That is my motivation, you know? I want the old Brett back!

Well that is something that we are all hoping for. But, when it comes down to it, you are still the same Brett to a lot of people. I know for myself that I still look at you as one of the best riders to ever set foot on a bike. What has been the hardest part of the recovery process so far?
I’d have to say my speech.

Well as far as that goes, how is it coming along? I know that there have been a few videos that have come out with you talking a bit but it’s obvious that there is some kind of issue there.
It’s been hard, and very slow.

What is one thing that you have learned about yourself throughout this entire process?
That I’m not a soft sissy. I have realized how much I love and miss BMX which makes me push even harder for it.

That brings me to the next question. I’ve noticed that you have been surrounding yourself with BMX, making a presence at some major contests throughout the year and just showing your support in general. What is the driving force behind that?
I just want to stay involved with BMX as much as I can. As much as possible really, it’s what I love. 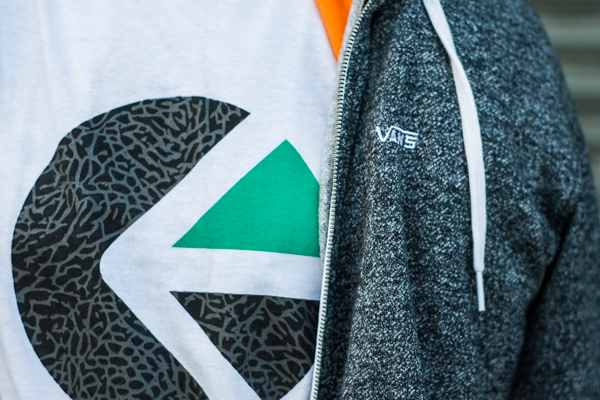 I have nothing but respect for that. Who do you like watching these days?
I like and have always liked watching Pat Casey ride. He has such good boost on any ramp.

I would have to agree, he is unreal. Do you plan out runs in your head or think of what you would do on a certain set up when you watch the contests?
I usually pick out a solid ramp that I’d session and think of all of the tricks that I would want to do on it.

That’s awesome; I figured you would have to. It’s in your blood if you’re a rider. So how about the physical side of things? Obviously you have made an insane amount of progress.
It’s coming along like I said, but my left side is still pretty weak so I have been focusing on that.

What is your favorite discipline to watch?
I would say park.

Can you run through somewhat of a quick daily routine for you?
I usually wake up around 6:30 and spend an hour or hour and a half in the hot tub stretching. Then I’ll shower, make some oatmeal and head into speech therapy around eleven. In the afternoon I’ll grab some lunch, and head home. Then maybe drive my RC car for a bit while I wait for a friend to come workout with me and then I go to the skate park for the evening.

Speaking of, how are things going at your skate park? Has it helped build the local scene there?
Yes. The skate park is a big confidence builder for most people. 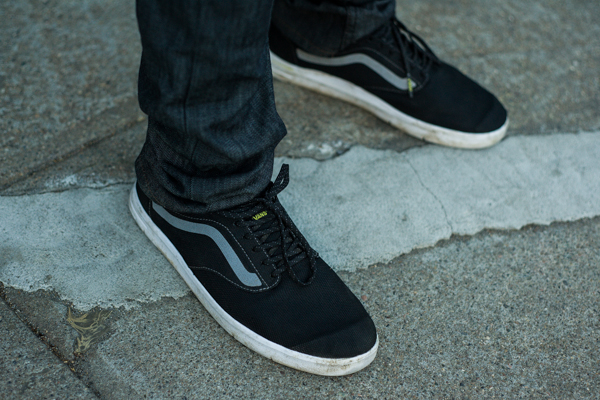 So, what are your goals for the rest of the year and leading into 2014?
My goals are to have fluent speech sooner than later and to get my blow back on my bike.

I’ve noticed lately that you have been bringing back the fanny pack style. Fill me in on that.
Yes! I am bringing the fanny pack back. I was scared shitless of sitting down and losing my wallet or phone, or something that I really need and I thought, why not give it a try? I think most people don’t give fanny packs a chance because they aren’t “cool” but I’m all for them. 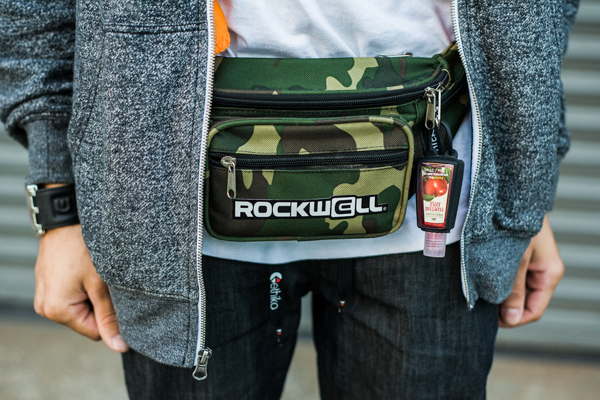 I think it’s rad man. It’s definitely different and it’s a cool conversation piece as well. You still have a bunch of support coming to you from some companies. Who’s down for the cause and who’s been helping you out?
The companies that currently help me out are Ethika, Rockstar, DK, and Dans Comp.

If you could take a trip right now, to anywhere in the world, with three other riders where would you go and with who?
I would go to Costa Rica with Anthony Napolitan, Daniel Dhers and Brandon Dosch.

What are your three favorite ways to spend time off of your bike?
Driving RC cars, cleaning the house, or learning how to fix shit while working on my truck and my RC cars.

What is one trick that you would love to do right now and on what set-up?
360 downside whip on a wedge to flat.

To flat?
Yes, haha. Or a nolli-truck on the same set up.

When are we going to see the next Brett edit?
I’m not sure, I imagine hopefully by Thanksgiving.

BMX is obviously something that involves some serious risks. If you had any advice for riders out there dealing with injuries on all kinds of levels what would it be?
Don’t rush, time heals all.

How about predictions for the next big trick in park riding? Think along the lines of the cash-roll.
Cash roll double combos. Whip bar, tuck bar, invert bar. Coming from me, that’s what I would go with.

Personally, what is the best feeling trick out there?
I would say 360 downside whip or truck driver.

You keep up with your social media on a regular basis and you still have a lot of fans out there. How’s Twitter these days?
I hope I still have a few fans, haha!

Well if anything I’m a huge fan so there you go! But seriously, you have a lot of fans out there and you are an inspiration to a ton of people. Is there anything else that you want to talk about? The stage is yours if you want it; BMX is listening.
I am in a struggle but I love BMX so much. You can throw anything in my path and I’ll get past it. I’m determined to get back on my bike on a regular basis. I’ll be there. It may take time, but I’m young.

Well that about wraps it up on my end. How about you give some shout-outs and thanks.
Thanks to Rockstar, Dans Comp, DK, Ethika, Vans, Skull Candy, and Mophie.

On a personal level, I want to say thank you for taking the time to do this interview. I really do appreciate it.
No problem man, not at all.

Why don’t you fill everyone in on where they can follow you and keep up on all things Brett?
“On Twitter @iMaddog9 or on Instagram @BrettBanasiewicz.

That was it for this week. It was honestly my pleasure to catch up with Brett and make this one happen. As a fan, and someone who respects Brett and his riding, it was definitely an interview that I’ve wanted to make happen for a while and I’m glad to have had the chance. Hopefully you enjoyed this update with Brett as much as I did. Be sure to check back next Wednesday for the eighty ninth edition of Through the Lens and as always feel free to leave any questions in the comments section or email me at info@jeremypavia.com and I will hit you back as soon as I can. Feel free to follow me on Twitter and Instagram @jeremypavia.

VISIT: FRONT PAGE // DAILY SECTION // BMX COLOR APP // BMX VIDEOS
You are here: Home / Interview / Through The Lens: Quick Chat with Brett Banasiewicz
Note: This site contains affiliate links and we could recieve a small comission that supports this site if you were to make a purchase on their websites using our links.