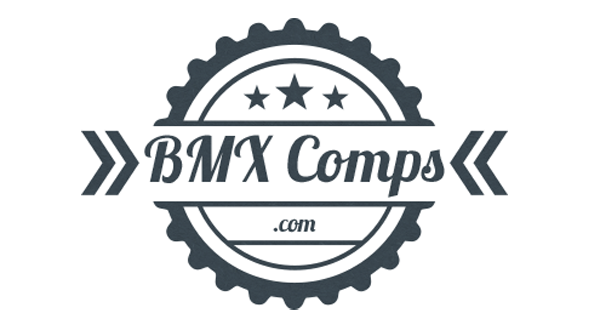 The other day Mark Losey announced a new project that he has been working on called BMX Comps, which takes a closer look at professional riders rankings based on the contests they attend and how well they do. In a sport like BMX that doesn’t really have set “rules” and a lot of perspective that is based off the opinion of ones views on a riders style or bag of tricks they can unleash on a course, along with so many different styles of contests and how they are judged, it can be hard to see just where a rider stands. Mark sat down and took a look at all these different events happening around the world and found some common ground that allowed him to calculate 100+ of the top contest riders from around the world score to see just where they ranked. We were really curious about this system, so we caught up with him to talk a little bit about how he did it and just what BMX Comps is all about! Let’s see what he had to say!

Alright, Mark! So, what was it that really got you thinking about tracking contest results more closely?
I’ve been on contest-invite committees quite a few times, and I always look at as many videos and contest results as possible. I’m a spreadsheet nerd, and when I put all of this together in one spreadsheet, it basically presented itself. I had many conversations/arguments about this system with different people over the past year, and some felt that this shouldn’t even exist. But I also had a couple of great discussions with Diogo Canina that really motivated me. Diogo is an economics major and had some great input.

However, this is not meant to be a definitive list of who should get invites to contests by any means. There are incredible riders coming up every year, legends, sponsorship obligations, popularity, etc. This is just a helpful way to see who did well in events last year. A shot of the 2014 Park spreadsheet is below, which is where the ranking comes from. You could award points-per-contest in different ways, but this is a good baseline.

What kind of “qualifications” do you have for events to track?
All pro contests count—period. In most sports, for your event to count towards a year-end rank all of the events are put on by the same organizer. Or each event must adhere to certain criteria (prize money, course design, etc.). That’s fine, but there are currently multiple organizers putting on events in BMX, and they’re doing things their own way. While events like Texas Toast and TV-style events are not (and should not) run the same way, pros ride in both, so they both count. If more “top” guys make the finals in one event than the other, then that event gets more points. 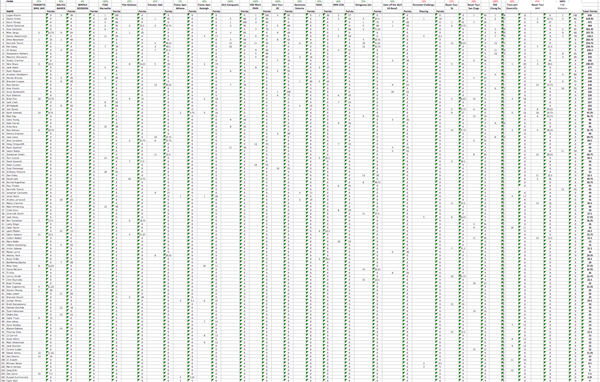 Do you think this system will give guys who have “earned” a spot throughout the year a chance to ride some of the bigger contests?
Possibly. The guys at the top of the lists are names you likely expect. But you might look other names differently when you realize how many events they went to and consistently did well.

You have to remember, though, that each contest may have limited spots, and some are already taken for different reasons. But if there are open spots, this is a good reference to pull from. This also has the potential to reward guys who “won” from the previous year.

I feel like any time I make it to an event, I can count on you being there… So you’re definitely at a lot of contests. With that said, do you think any BMX contests are lacking in a sense of standards or direction?
Some riders prefer really structured events, and some prefer them really loose. Some don’t care. It’s really up to the riders to decide which type of events suit them, and they should know what they’re signing up for.

Personally, I’ve done contests in ways that I thought worked really well, but I’ve been at events that worked completely differently that were just as rad. It’s cool that there are so many different ways to have BMX contests.

What are some of the events you/BMX Comps have been involved with over the past year or so?
I did all of the Dew Tour BMX events and Mongoose Jam for the past two years, which have been a blast. I got to do photo and video content at those events, too, with a fun crew, which I really enjoy.

Do you guys have any events planned for 2015 yet?
TBA.

I’d imagine you have some long-term goals for BMX Comps. Where would you like things to go in the future with it?
I love great riding—always have and always will. If I can be involved in making it happen, that’s my main goal. There have been talks of BMX taking certain steps for years. This could have the potential to be a building block.

So that about wraps it up. Is there anything I missed you want to add?
I want to give props to everyone putting on contests around the world. Those guys are working hard on something they love, and they’re doing something great for BMX.

You can learn more about BMX Comps by visiting the website — BMXcomps.com

You are here: Home / Interview / Mark Losey on BMXComps.com