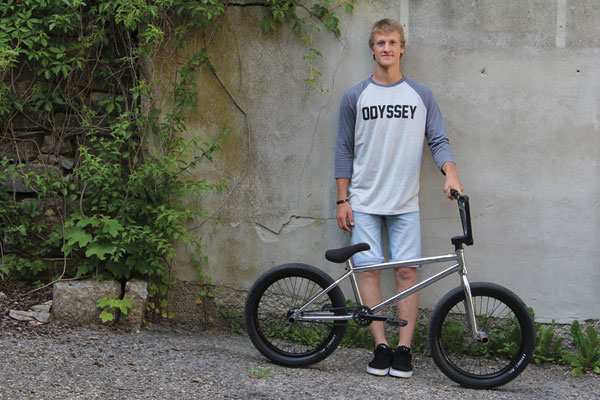 One of the best parts about running this site is the opportunity to watch riders progress, develop and make things happen for themselves. Every now and then there are riders that will really stand out. By now, there’s a good chance you guys have taken notice of Wethepeople’s AM, Moritz Nussbaumer, who back in 2012 was added to their line up and has been making waves ever since. After a huge 2014 for “Mo”, there was no way we couldn’t get ahold of Moritz to ask him a bunch of questions to get to know him a little better! We would suggest you take notice because it sounds like 2015 is going to be absolute fire for this guy. 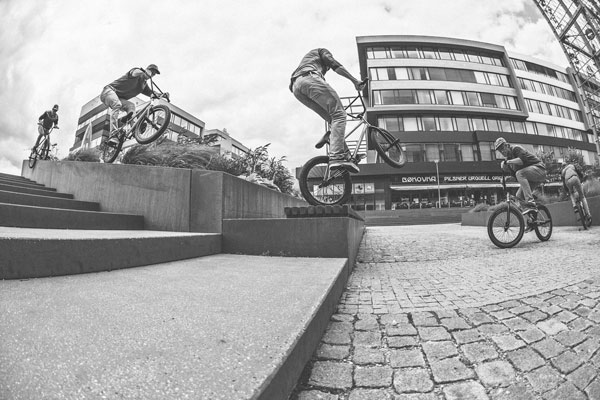 What was it that first got you into BMX? Any early memories come to mind?
I used to Skate a lot when I was younger and one day at the skatepark I picked up a friends bike and instantly fell in love.

You have been doing it for Wethepeople for a while now. How are things going with them? I’d imagine they have a busy 2015 planned for you?
Things with WTP have been getting really good. I got to go on so many trips, even as an AM rider, and I can not wait for more to come. I think they are planning on all the 2015 trips now, so I guess I will know quite soon what is going to happen this year.

How about things with Odyssey, Nike and Peoples Store? Do you have any projects, trips or special things cooking with them yet for this year?
I think we are gonna do some cool projects with the Peoples Store. Other than that nothing is really planned just yet.

So, it sounds like you’re out in Barcelona soaking up the sun and spots while dodging the German winter. Who all are you out there with? Have you guys been filming or working on any projects or are you just getting some time to relax?
Daniel Tünte and myself are staying at Simone Barraco’s place, so it is the three of us and many locals. No projects in mind really, more just goin out and riding with the dudes. We always bring the camera though, just in case someone wants to get a clip.

What’s the plan for after Barcelona? What is your travel schedule looking like these next few months? Anywhere in particular you’re excited for?
Since all the planning for 2015 is happening at the moment I can not really tell yet. I was thinking about moving to Berlin after Barcelona. The only “trip” I know about yet is Simple Session in April.

This past year, Wethepeople had you out on the road a ton with them. Where are all did you get the chance to go? If you had to pick, what would your favorite trip be and why?
That’s right, I got to go to England, Czech Republic, Austria, the USA and pretty much all over Germany. If I had to pick one it would probably the one to Vienna with Dillon and Ed, nothing but god times and a badass crew.

Where’s one place you haven’t had the chance to go but really want to get to soon?
Asia would be dope, but flights are really expensive so I will just go with Split, Croatia. I saw some skate video from there and the spots were looking sick.

You’re pretty consistently putting out new edits. Have you been filming for any edits or video parts we’ll be getting a look at sometime soon?
Nothing in the near future I think. I get a clip every now and then, so I might make a video out of my stay here in Barcelona.

You recently won the Bangers Film Contest, right? What did you think of that contest? Would you like to see more contests like that one?
Yes, shoutout to Reto and Basti for filming and editing! It’s a really cool concept and I wish there was more contests like this one or the Sosh Urban Motion contest in France.

Who are some of the guys that really get you excited to ride these days?
There is so many riders’ videos that get me hyped to go out and ride but I think in 2014 Bruno Hoffmann, Simone Barraco and Dennis Enarson’s videos got me the most excited.

What do you feel are some of the big differences between the German scene and U.S BMX scene?
I think the German scene is like a little family where everybody knows everybody, because there is not as many riders and nothing is too far apart compared to the US.
It’s hard to talk about the American scene though, pretty much just know it from what you see on the internet.

What’s one trick you cannot do for the life of you?
Cashrolls? Haha

Word on the street is that you’re a bit of a perfectionist. How does that have an effect on your riding? How would you describe your riding personally?
Good… I hope, haha. If I’m not happy with the trick I wanted to do, I’ll go and try until I get it the way want it to be. I would describe my riding as very technical.

Does your perfectionism apply outside of BMX? Are you a little on the OCD side of things like cleaning?
Haha, I think I’m quite organized and like to have everything clean but not too crazy. 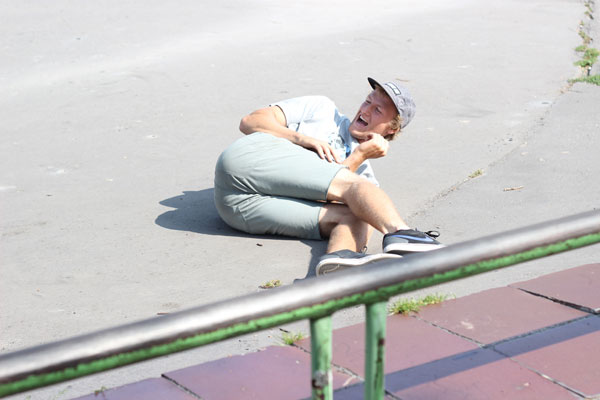 What are your thoughts on Freecoasters? I heard you have a pretty heavy love / hate relationship with them!
There is a Freecoaster wheel laying in my basement that I put on every now and then to play around on, but I never keep it on my bike for more than a week. I think the cassette hub fits me better.

Have you ever tried to figure out what you would be doing today if you never rode BMX? Care to take a guess?
I would probably have a good job in the little city that I’m from, play soccer and go to Mallorca for vacation every year.

What are you getting into when you aren’t riding these days? Any hobbies or anything you like to do?
I got back into skateboarding last winter, so I’ll say skateboarding, Snowboarding and eating candy.

I know at one point, you interned at a marketing agency. Is that something you could see yourself getting into “after BMX” so to speak? What would be your dream job other than BMX?
I could totally see myself working at a marketing agency like Millhaus (where I was the intern) and organize events or be a TM or something like that. It has been fun and interesting even if it was not even about BMX all the time.

So, I gotta ask… How often do people butcher your name? It seems like the German names always get it pretty bad.
Outside of Germany… 100%, haha. I even stopped Introducing myself as Moritz and only go with Mo since most of the international guys are having a really hard time saying my name(s). 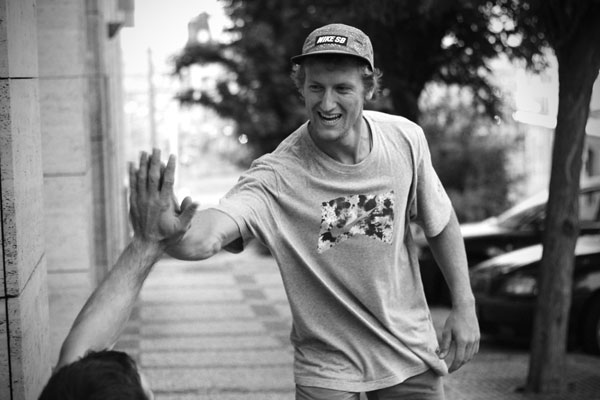 “You got my name right? High five!”
Photo: Paul Robinson

What’s the last song you heard and movie you watched?
Since You Asked Kindly by Bad Bad Not Good and Step Brothers.

How can people keep up with you these days?
@moritznussbaumer (Instagram)

Do you have any shout outs or thanks?
I would like to thank:
Achim Kujawski, for always helping me out.
Dave Paterson for getting things started and helping me out a lot.
Paul and Harry for everything they do for me.
Bodo for the Odyssey support.
My friends for being the best friends I could ask for.
The Girl for still liking me.
Simone for the room.
Wethepeople
Nike
Peoples Store
Odyssey
And Gipsy. 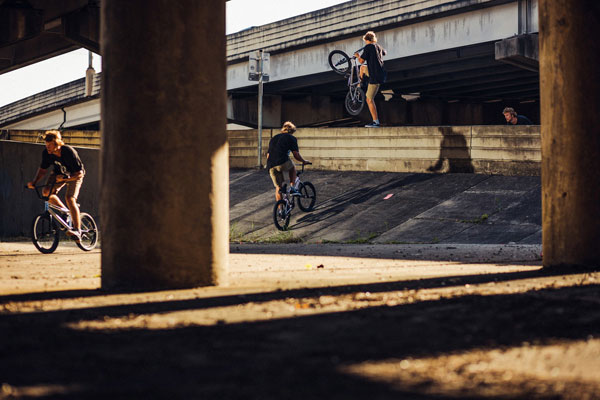 Anything else you want to say?
That was a very long Interview.