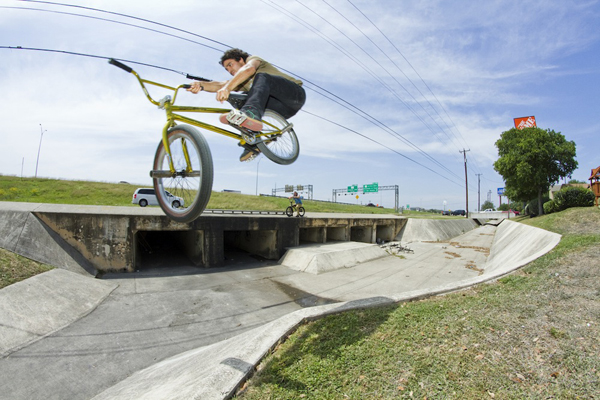 Alex Raban is one of those guys who I’ve been a big fan of for years from all of his DVDs and videos he has put out to the crazy costumes he’s always popping up in. Alex has always been one of the people I thought deserved the chance to be a pro rider and as of lately, that’s definitely been happening. With his signature colorway on the Volume Bermuda frame and new signature Iron Chachi bars being out, two video parts he’s stacking clips for and a bunch of miles being clocked on the road, we figured it would be a good time to catch up with the guy to find out what’s new. Let’s see what he had to say!

So what’s new? How are things going with Volume these days? Didn’t you just get back from a trip up to Utah with the crew or something?
Been doing great! Volume has been awesome! A lot of things in the works lately. Yeah, just got back from Salt Lake not to long ago, Tate Roskelley was working on a interview with DIG. So it was treat to watch the most creative rider work his magic. 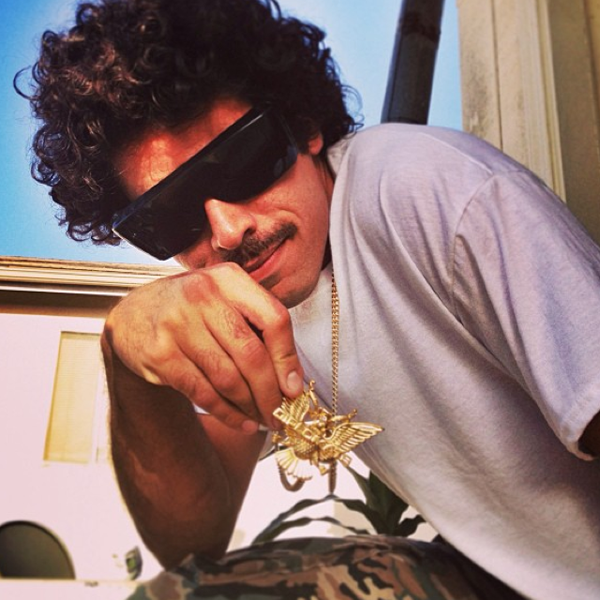 I know you guys have been constantly on the move filming for the Volume DVD lately. How’s that coming along?
A lot of fun! Were still in the early stages of filming. We got the rest of this year and next so really excited to see how everything will come along.

You have been on the Volume pro team for a little while now and your signature color way on the Bermuda frame and your new Iron Chachi signature bars are out. How crazy is it to have parts with your name on it? You never seemed like the dude that was too worried about that sort of thing.
Definitely very exciting. It feels like it happened so fast. I never would imagine that in my years of riding that it would happen. I’m more than honored!

Do you guys have any other signature parts in the works? I’ve always wanted to see some signature Raban sunglasses, haha.
Haha! Sunglasses would be valid. Maybe some limited edition army cargos or corduroy pants?

How are things going with OSS? Aren’t you guys filming for another DVD? Any trips or anything in the works?
OSS has been popping. The DVD is currently in the editing stages with our boy Charlie Crumlish! Really excited about that. It should be dropping sometime soon. So keep a look out! Ruin Your Whole Summer! 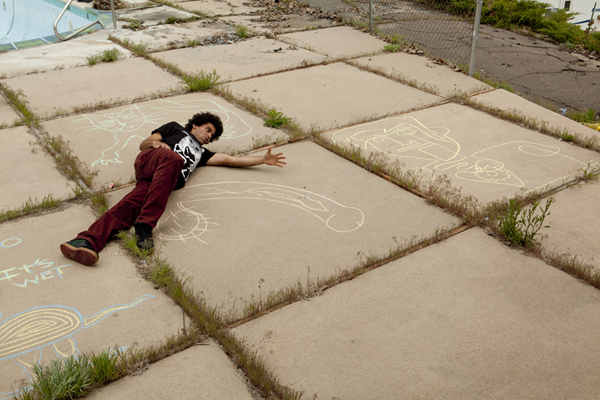 Any other sponsor news you can tell us about? Are you still getting hooked up by The Daily Grind?
Yeah, Gremlin @ The Daily Grind hooked it up with some goods! Stoked to see his company growing so fast. I’ve been grinding the shit of the hub and hub guard. They’re fire go cop it! Also, Nick Benson @ Animal helped me out with a wheel as well. Much love! I appreciate homies.

So like we talked about above, you have been doing a lot of traveling lately. Where all have you been the past few months?
Yeah, these last couple of months have been wicked. I went to San Antonio and Austin, Texas, Utah, and just came back from Arizona on a Ghost town trip. Had a blast on all of them!

What do you have planned for the rest of the summer? Anywhere you want to get that isn’t planned yet?
It’s kind of up in the air at the moment. I know there are some trips planned later in the year with Volume. I want to try and go back to Romania, so I have been saving some bread at the moment to maybe make that happen. 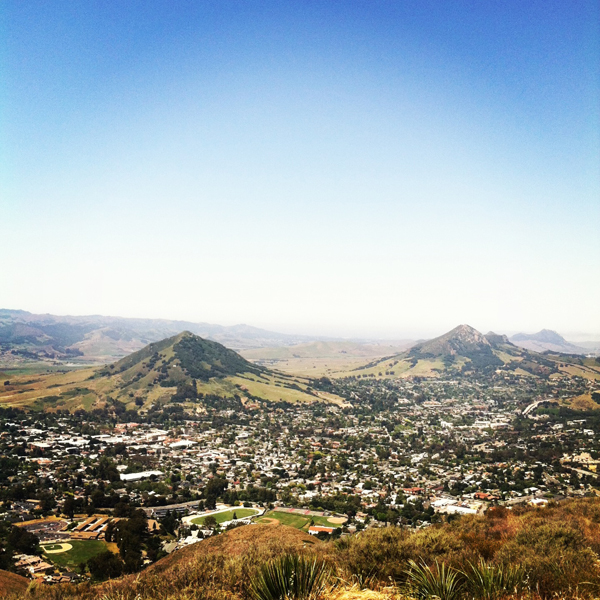 So you’re clearly pretty damn busy filming for the videos these days. Do you have any edits or anything in the works that people can check out soon?
Well, the Iron Chachi bar promo will be dropping this week. Other than that, everything I filmed is being saved for DVD projects.

I know you do some filming and editing yourself whenever you get a chance. Think you will ever produce another video?
Honestly I’m not sure. I really haven’t touched my camera in a while. I’ve filmed more with Mastroni’s camera lately. Maybe some online stuff but as far as a full length, I have no intention at the moment.

You have been pretty non-stop BMX with all the trips and filming and everything. Do you ever get burned out? What are some of the things you do to keep things fresh?
I break it up so I’m not constantly riding everyday. That way it dose not get old and it gives me time to let my body repair. I like to pick up on other outdoor activities. Anything to keep myself moving. 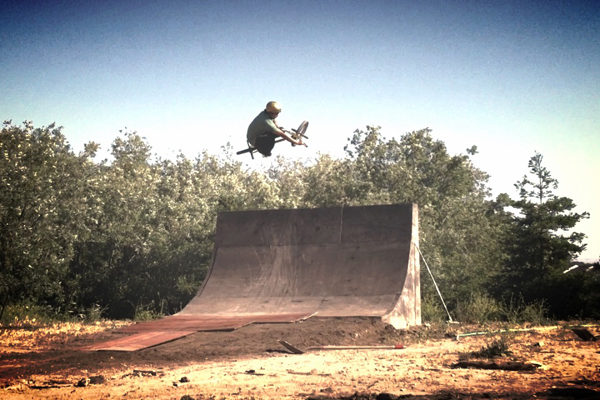 Are you still working at the pizza shop or is that on the back burner for the time being?
Yup, I’m still helping out my pops at the shop. He’s been short handed so I don’t mind throwing some dough during the week.

What have you been doing when you get some down time? Any new hobbies or anything?
When I’m back home been doing a lot of hiking and yoga. I’ve also started to get on my basketball game as well.

Have you been caught up in any crazy situations lately? Care to share a story or two?
The incident in Austin with a security guard was pretty buck, haha. Charlie got caught straight pissing on a security building while this 5ft tall bald homosapien caught him and started to chase him down. He ended up stopping Charlie right by the van. Dude was out numbered and was freaking out threatening to mase everyone. The dude lost his walkie talkie,flashlight and his hat which we took as a souvenir. Long story short we all hop in the van while Charlie was still in the dudes hands. I held the door open for him and gave him the cue. Charlie rips out of the dudes hands and bolts into the van. We bounced out of there like we robbed a bank! 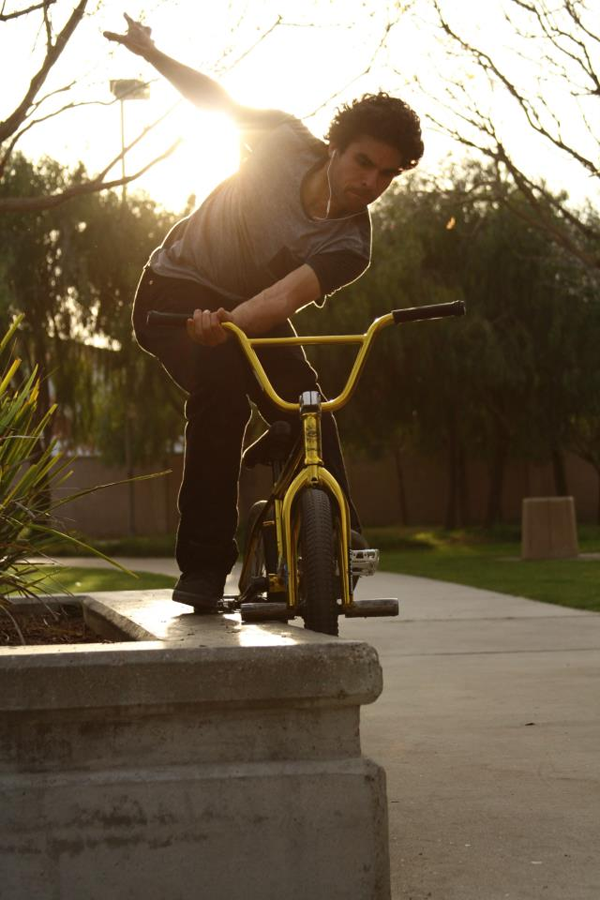 What’s something about yourself that might surprise people?
That I can have multiple disguises.

Do you have any shout outs or thanks?
Yeah! Shout out to all my friends, family and sponsors for all the support throughout the years and beyond. I appreciate it greatly, one love!

Anything else you want to say?
Thanks for the Interview Kurt! Chow!

You are here: Home / Interview / Quicky: Alex Raban
Note: This site contains affiliate links and we could recieve a small comission that supports this site if you were to make a purchase on their websites using our links.