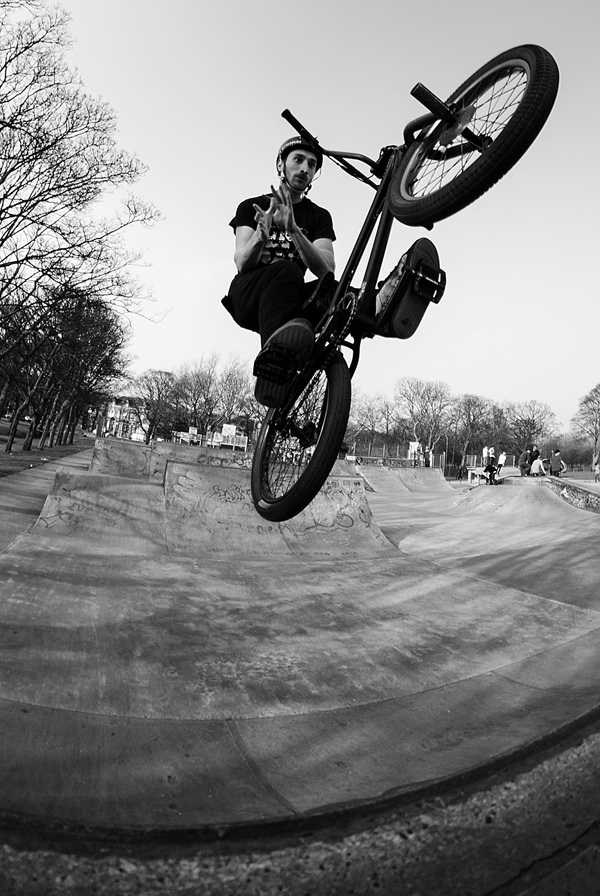 Chris “Mole” Smith has been popping up in the U.K scene for quite a while now. He’s a member of the Premium U.K team and it’s clear as to why. He’s got a lot of talent and carries a good personality too. Our U.K contributor, Tom Halliwell, recently caught up with him to find out what’s new and to shoot some photos. Check out this fresh Quicky!

Suppose we’ll start with the usual like your age, years riding, where d’ya come from?
I’m 24 and have been riding 12 years! I come from a small town in Nottinghamshire called Newark. full of gypo`s haha! 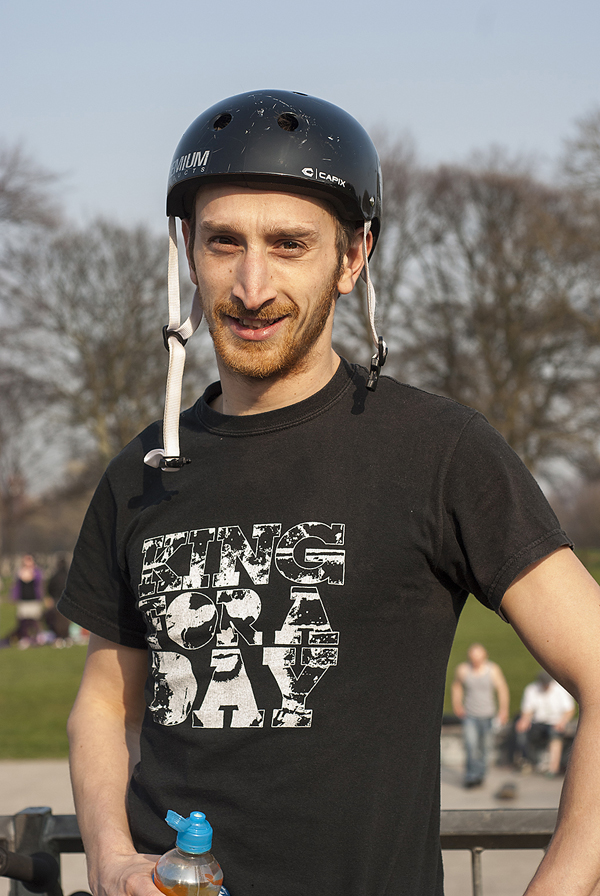 What was it that first made you pick up a BMX bike? Any awesome memories of your first few years?
My first memories of why I started riding was staying up till like 3, 4am watching X Games ’99 on channel 5 with my brother, sister and her fella, and it was the BMX that stuck out most of all to me and my brother, so it really made us want to get a BMX and start riding.

How are things going with Premium? It’s been a while now, how did that all come about?
One day a few years back now Rob Andrews gave us a call to ask if I wanted to ride for Premium and of course I said yes, who wouldn’t? But it was a bit scary as being on the same team as some of the worlds best riders over in America. Yeah things are really good with Premium, couldn’t ask for much more really thanks to Rob Andrews for hooking us up! Love that guy no homo haha! Been on a few trips now to England, Scotland, Paris and Dunkirk and hopefully many more to come.

What do you think to the products they’re putting out this year?
To be honest some people might think that, because its a product that’s come from Haro it’s probably not going to be the best in the business and the parts won’t be very strong etc. but you would be wrong. Everything I have had and ridden has all been good solid strong stuff and I would buy the parts even if I didn’t ride for them. 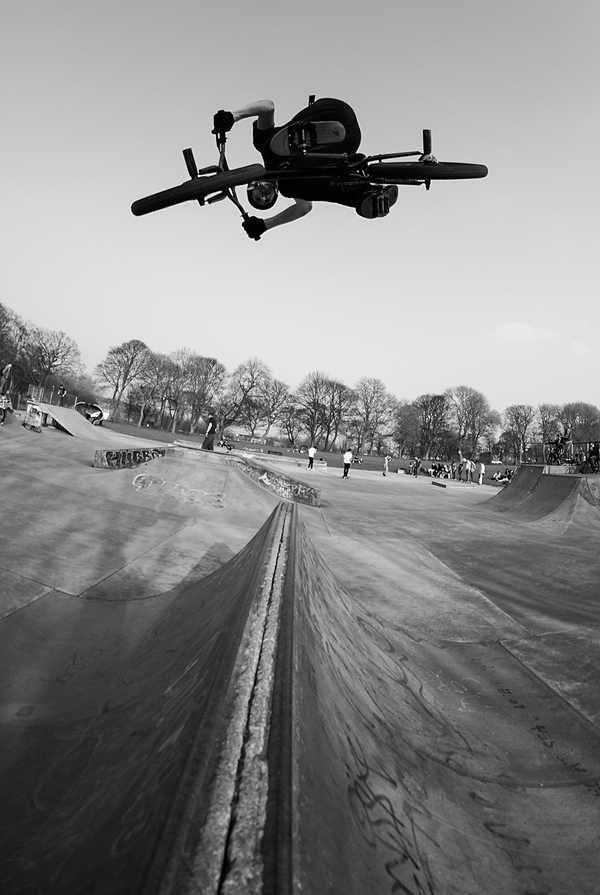 You seem to be going on a reasonable amount of trips with those guys, how are you finding that?
Love every trip we go on! The team is some of the soundest bunch of riders I know!! Would never turn one down.

You just got back from a trip to France I think? How was that? Anything else planned for the near future?
Yeah that France trip was ace! Even though I was hurt before it started and whilst I was out there. My body did take a beating on that trip but I still had an awesome time! Beers, BMX, camping fun times to be had fact! Think there was talk of Barca next? 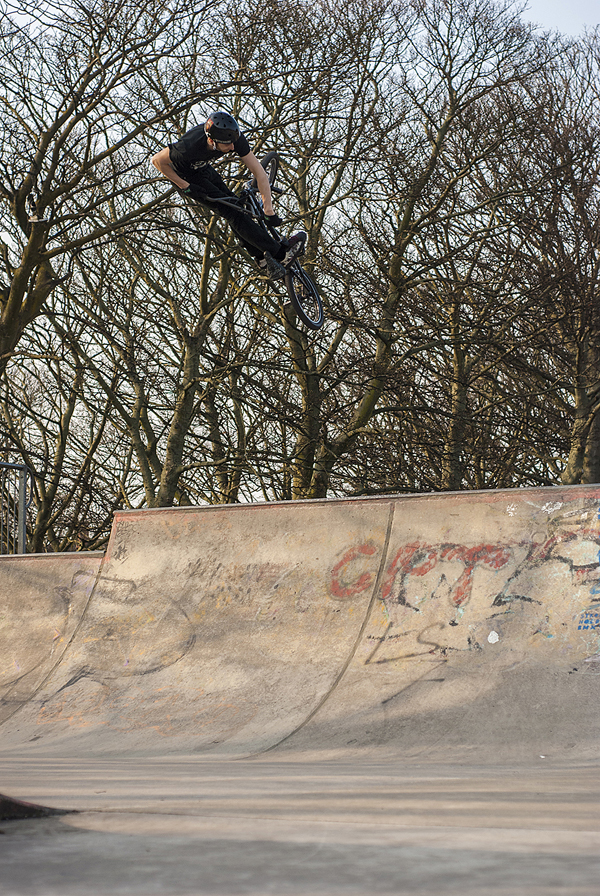 Moley, Moley, Mole. Where did this nickname come from? It’s certainly stuck!
Haha! It come from my siblings I guess. I have to little moles on either side of my face and they mocked me for it so it stuck with my friends and every other bugger ha, I embrace them now haha!!

What does the year ahead hold for you?
Nothing set in concrete yet but I’m thinking of moving to London for a change of scene for riding plus my girlfriend lives out there. Explore new places and meeting new people. 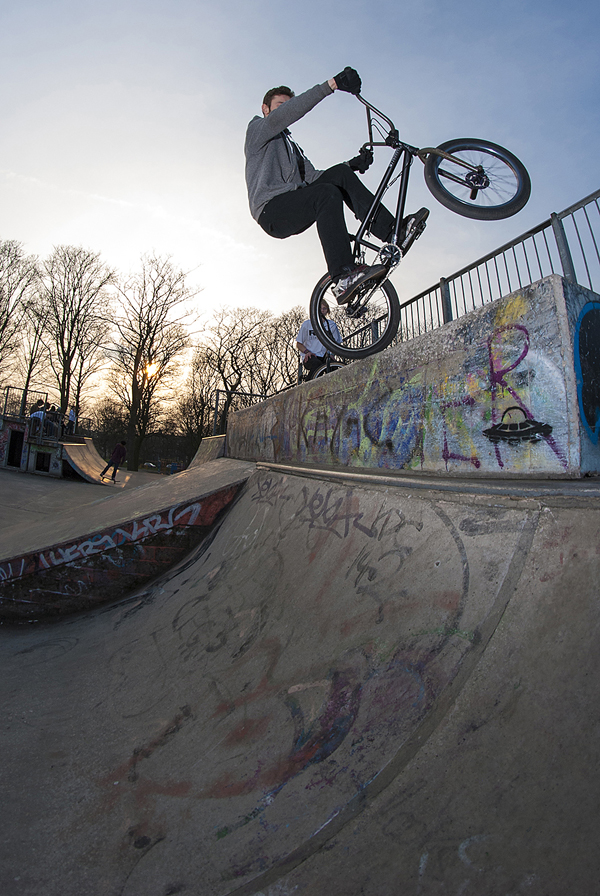 Describe me an ideal day in the life of Mole.
I wake up around 11ish, if I don’t have work, ha. Cup of tea and some kids cereal, see who is out and about to ride, ideally somewhere with a nice jump box and volcano that are wooden. Hopefully have a sick session and finish it of by going to the pub with ya mates and get drunk, haha!

Any final words of wisdom?
Make the most of the good times riding because it wont last forever! Bottoms up!!