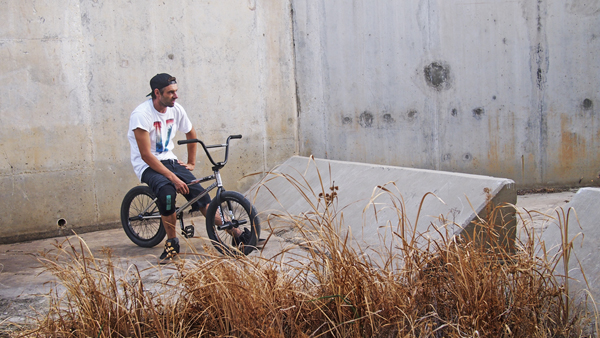 After a few months off his bike due to a crazy knee injury, Jason is finally back on it! With a fresh signature frame from Volume, his first team trip already wrapped up and all of the other things he has going on these days, we figured it would be a good time to check in with the guy to find out what’s new! Check out this fresh Quicky to see what he had to say along with some rad photos Mike Escamilla shot! Let’s get into this! 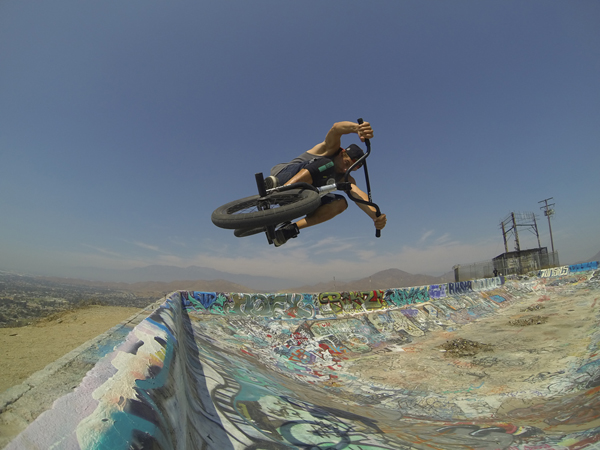 Getting used to airing again.

What’s new, Jason? Sounds like your knee is finally back in working order and you have been getting back on the bike.
Yep, knee is good enough to be riding again after a long 5.5 months. Just feels amazing to be back out cruising around again.

You recently spent some time out in Colorado with the Demolition guys, right? How did that trip go? I’d imagine we’ll be seeing a video surface soon?
Just came back from the Colorado trip with the Demo guys. The trip was awesome, I have never been to Denver or Colorado for that matter to ride. I had only got the greenlight on my knee a few days before the trip. So I pretty much used the trip to get all my muscles moving again and getting some of the confidence back. I was still figuring out how hard to push but the knee felt real good, although the rest of my body was pretty damn sore from getting back at it. There will def be a video surfacing from the trip, we rode some amazing spots and all the dudes killed it

What else do you have planned with Demolition these days? Any more trips before “winter” hits California, new signature parts or anything like that?
No trips planned for me on the Demolition side of things before the end of the year. I’m sure I’ll be seeing pretty much everybody on the team in California soon as the busy winter season hits.

It was announced last week that you have a new signature frame from Volume coming out. When’s the Cerberus frame dropping?
It should be available by the end of September. 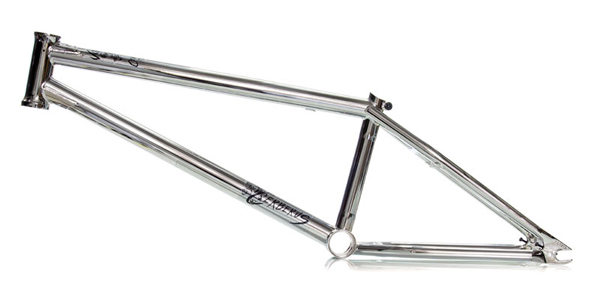 You have had 5 different signature frames over your career. Approximately how much of a weight difference is it between your first frame and this one?
Hahaha, the first Destroyer was a bit over 8 pounds and the new frame is 5 even. Its taken 14 years to shave off 3.5 pounds, hahaha

What are some of the features on the frame you’re really stoked on?
It has a steep headtube, 75.5, so the steering response is real quick, beyond stoked on the built in chain tensioners and the fact that the bolts have large enough heads that you can dial in your wheel placement with your fingers instead of an allen wrench need be. Plenty of tire clearance in the rear for 2.35 or larger tires so still no rub if your wheels are perfectly straight.

More info on the Cerberus frame can be found right here.

I saw you have a new promo video you’re working on. How’s that all coming along? Any estimated release date?
It’s coming along. Been working with Mastroni on it for just a couple weeks now. It should be out just before the frame is available. It will be pretty mellow, just doing what the knee will allow at this point, low impact clips, haha!

Anything else cooking with Volume you can tell us about? Trips, more signature goods or anything like that?
I think we got a Volume trip in the works for Nov to New Mexico. Start working on my part for the up coming full length Volume DVD. No other sig parts in the works other than my frame and my Volume t-shirt that just came out.

Like you mentioned above, your knee is almost all good now. That was a super weird injury… Did you have any sort of special rehab to get it back together?
Yeah, it was a weird one. I didn’t know anybody that had done this to their knee before so I had no real gauge of what it would be like or where I was at with it. I severed my Patella tendon, which holds your knee cap in place below the knee and connects all your muscles from your upper leg to the lower. So after surgery it took a lot of work just to get my knee bending again and I had also lost almost all the muscles in my upper leg. A month after surgery I started therapy and it took 3 months before I was even pedaling again.

Would you say you’re 100% yet?
Not at a 100% yet. I think it will be a few more months of using it before its feeling normal and I’m not thinking about it anymore. 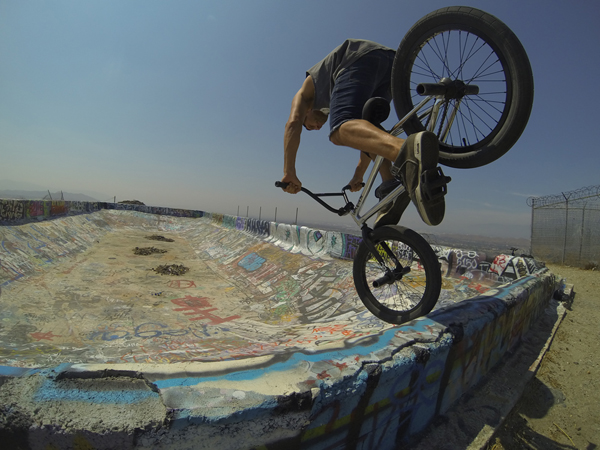 What were you getting into with your time off your bike? I feel like you stayed pretty busy with the mini horse and everything?
Haha, that little bugger always keeps me busy. I was fostering a deaf Pit bull from a rescue at the time and he kept me pretty busy as well. But thank god hockey had just came back from strike when I did this. I wouldnt have made it through otherwise.

Any new hobbies you have been hooked on lately?
I wouldnt call it a hobby, but lately i’ve been taking furniture people leave on the street, and fixing and refinishing it, then re-selling. It’s fun and a little extra money never hurts.

2013 is flying by. What are some of the things you would like to get taken care of before the year is over? Any trips or anything you really want to make happen?
I really want to have a good amount of footage towards my part for the Volume DVD by the end of the year. Just gonna concentrate on that since everybody else on the team has a few months head start on me at this point. 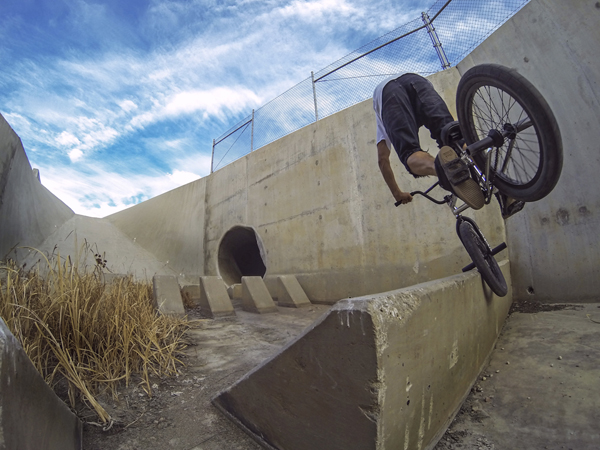 On a scale of 1 – bar fights with random jocks talking shit on Canada… How into hockey are you planning on getting this year?
So excited for a full season this year. Ill be watching as many Canucks games as possible, even though I think its gonna be a tough season for Vancouver. Also looking forward to watching my original hometown team, the Winnipeg Jets play in the West this season. I’ll be able to catch a few of their games in California for the first time since their move back to Winnipeg.

You’re always posting up fresh photos on your Instagram lately. How can people keep up with you these days?
Mostly Instagram ,@jasonenns, post pics almost daily there, also have twitter with the same name but rarely use it or even go onto it anymore. So if you’re into bikes, pit bulls, mini horses, Chevy pickups give my instagram a follow. 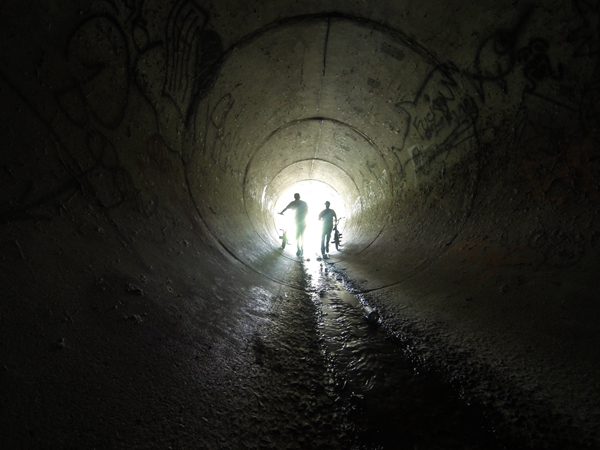 What’s the last website you visited?
You know im on that NHL.com and Canucks site daily. Counting the days till Oct 1st!

Do you have any shout outs or thanks?
A massive thanks to the ARF for helping me get through my knee surgery and recovery. I would have been lost without their advice and support! Huge thanks to Brian Castillo and everybody at Volume Bikes/Demolition Parts and Lotek for always keeping my feet covered.

You are here: Home / Interview / Quicky: Jason Enns
Note: This site contains affiliate links and we could receive a small commission that supports this site if you were to make a purchase on their websites using our links for no extra charge to you.