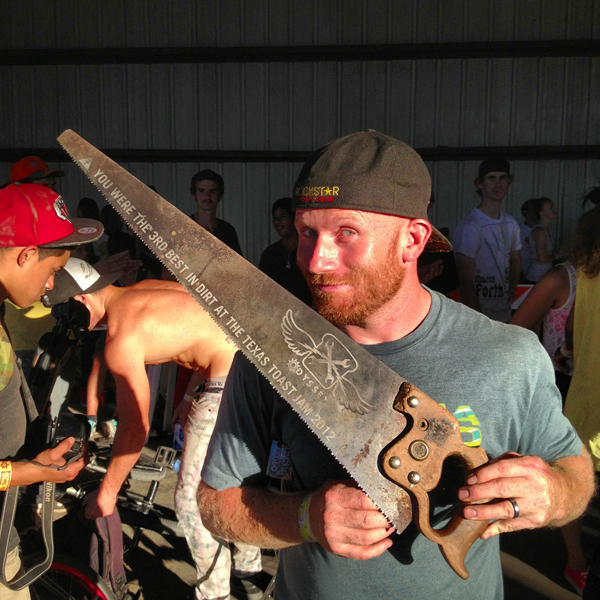 After all these years, you would think Ryan Nyquist would be slowing down, but it just seems like things are going faster than ever. Between all the contests, dad life, filming for edits and now his new series “Getting Awesome” on Network A, there’s no doubt that he’s got himself a full plate. We figured it would be a good time to distract him for a little bit with a few questions to see what’s new with the guy! Check out what he had to say…

All right, so let’s start off with the sponsors. How are things going with Haro these days? Do you guys have any team trips or anything you’re packing your bags for any time soon?
Yeah, the Haro team is amazing right now. We have a solid group of guys that are all a lot of fun to travel with. We have such a variety of guys too that everyone has something different to offer or bring to the table, both with riding and with just hanging out, There’s never a dull moment. We just finished a trip to Japan a couple months ago, but I know there’s going to be more trips happening next year.

What about Rockstar, Bell or Osiris? Anything cooking?
I’m pretty lucky to have great companies supporting me. They all are really doing a lot nowadays to activate the sponsorships and really get involved with the projects I’m getting started. Bell has really stepped it up and is really leading the pack when it comes to Helmet safety. I’ve been working closely with them to give input on the new Segment helmet coming out. If you haven’t heard or seen it yet, it’s definitely worth checking out. 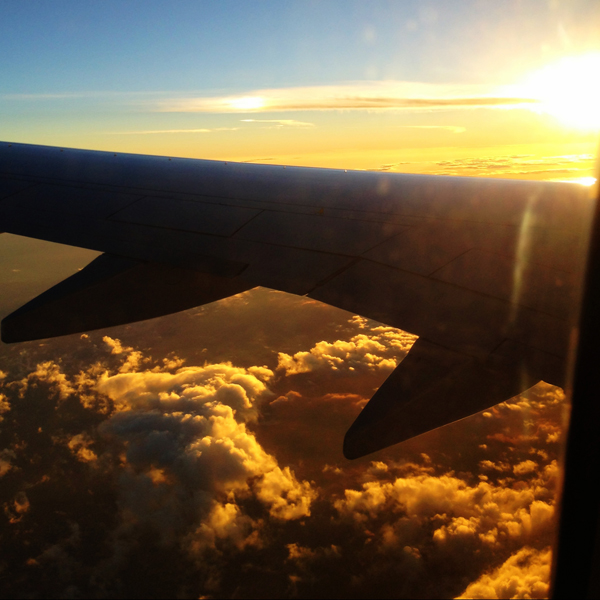 I know you’re always working on something with Osiris. Anything going on there? Some signature shoes or something sweet like that?
We have a Rider Revolt shoe coming out next year. I should have samples coming in December. Pretty excited about all of that. They’ve really stepped it up with their involvement in BMX too, which is great to see.

Any other sponsor news you have you want to talk about?
The Jiffy Market of Los Gatos still has the coldest beer in town! Hahaha!

It was announced a few weeks back that you would have your own series on Network A called “Getting Awesome with Ryan Nyquist” that will be two episodes deep as of today. How did that opportunity come about?
They approached me with the idea, and basically gave me a blank slate and a budget to work with, so it seemed like a really fun thing to get started. It’s basically a chance to do some really fun/amazing things, video tape it, and create a lot of online content. It’s been keeping me really busy, but also been super fun!

What kinds of things do you have planned for the show so far? I know I spotted some BMX jousting that looked like it will be pretty damn funny.
Yeah, the Tall Bike Jousting is the next episode that will drop today. That was a really fun day of filming. I suggest everyone checks that one out today (Tuesday). We have a bunch of wild ideas. I have basically been brainstorming with my brother Shea and bouncing ideas back and forth. It’s amazing what wild things you can come up with you have some filmers, a little bit of money, and time. There’s going to be a TON of creativity involved with the series. 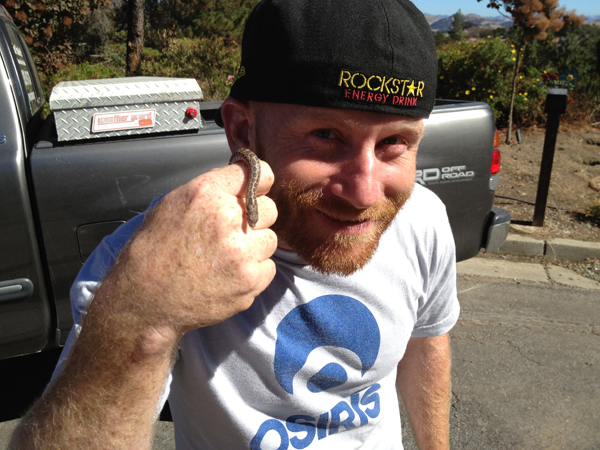 You had a pretty productive “contest season”. How did you feel you rode this year?
I feel like I did pretty well. I got some podiums spots and rode pretty well. My confidence is now 100% after my hand ordeal, so I feel like I’m back and ready to shred again!

How do you feel about all the crazy dirt contests that have been happening lately? I can’t get over how good some of the courses are personally.
Yeah, I like that the dirt events are starting to pop back up. I never understood why they were slowly going away in the first place. I like it when the builders are given creative freedom to build some wild stuff that hasn’t been done before. You can do some pretty amazing with thing with the designs of dirt courses and I feel like we are just beginning with what can be dreamed of.

Now that the summer is over and things will kind of slow down for you, what do you have planned? I can’t imagine you want to leave the California sun while the rest of us are getting dumped on with snow.
Nothing ever really slows down for me. When I’m not traveling I’m doing the family thing, which can be waaaay crazier than BMX. Hahaha! Between that and filming and trying to progress my riding, my schedule stays pretty full year round. I don’t think I’ll be leaving home for a month or two just to be around my kids and family, but I’ll still be riding locally and filming for “Getting Awesome”. 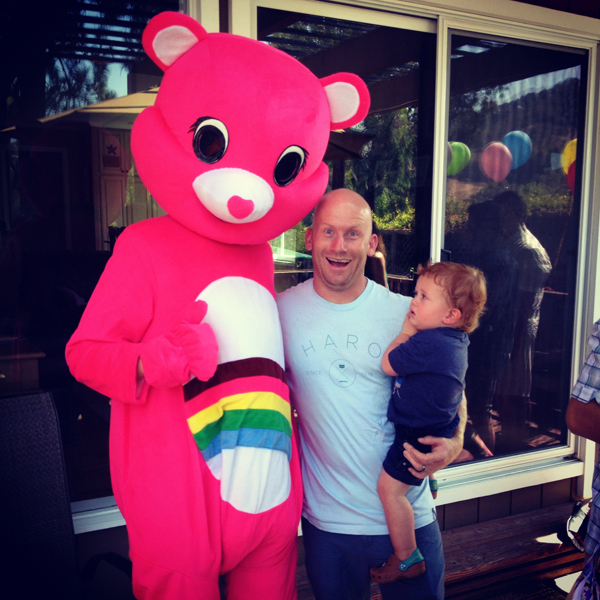 Any plans on bringing the Warriors of Wood contest back for another go anytime soon?
Man that was such a fun, and stressful, event. It was good for me to be involved with the organizing process and see what goes into planning an event. It gives me a better appreciation and greater understanding of everything that goes into the finished product. It’s a tough thing to do. Unfortunately I don’t have any plans on bringing it back as of yet. My time is stretched pretty thin as it is, and there were some major headaches that went along with the event that really made it hard to want to do it again. I’m not saying it won’t happen again, just that I don’t see it happening in the immediate future.

What have you been getting into when you aren’t riding, sitting on a plane or filming for the show? How’s that dad life treating you?
Dad life is great! There’s nothing more rewarding. It’s completely different from the life I lead before kids, and I’m really enjoying the challenges and experiences I’m gaining from being a father. A day doesn’t go by where I don’t learn something new. 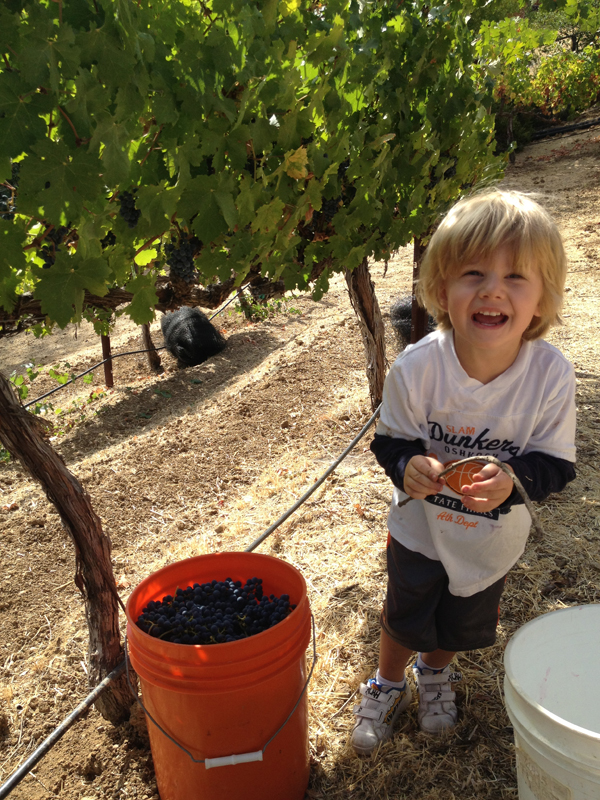 Have you been getting into any new hobbies outside of BMX at all?
My wife has been pushing me pretty hard to stay active off the bike, and I’ve done an Olympic distance Triathlon with her last April. It was tough! A one mile swim, 25 mile bike ride, and 6.1 mile run. I’m doing another one mid November with Fuzzy and TJ Lavin. That should be a lot of fun! Hopefully I don’t come in last! Hahaha!

Since 2012 will be over pretty quick. What are some of the goals you have set for 2013?
Well I really want “Getting Awesome” to take off, so I’m going to try and do some good work with that. I want my riding to progress as much as possible too. I‘m constantly making lists of things I want to achieve on the bike. It helps me to stay focused and remember all the crazy ideas I have sometimes.

What’s something about yourself that might surprise people?
I love being home. Not sure if that’s a surprise or not, but I am totally ok with spending the day inside, on the couch, watching movies. I need that every once in a while to stay sane.

What’s the last song you heard, movie you watched and website you visited?
The last song I heard would be R.A.P. Music by Killer Mike. Last movie would be Argo. And website would be Facebook. 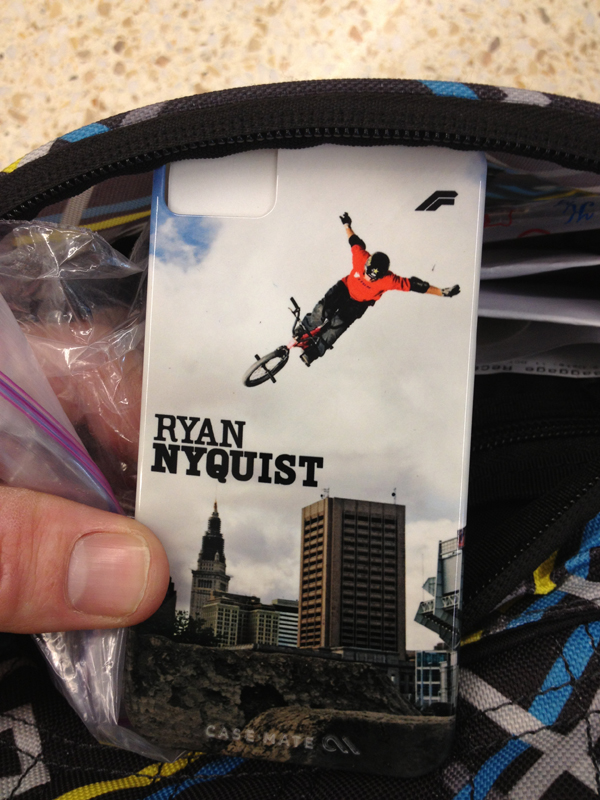 How can people keep up with you these days?
Oh man. Social media…. Hahaha! Yeah I’m on all those. Twitter and Instagram are @ryannyquist, Facebook is Facebook.com/RyanNyquistBMX, and go to youtube.com/RyanNyquist to subscribe for all the “Getting Awesome” episodes.

Do you have any shout outs or thanks?
Thanks to all my sponsors, my family, my friends, The Unit, The Salt Crew, and my fans for all the love.

Anything else you want to say?
Thanks! Nuff said.

You are here: Home / Interview / Quicky: Ryan Nyquist
Note: This site contains affiliate links and we could recieve a small comission that supports this site if you were to make a purchase on their websites using our links for no extra charge to you.