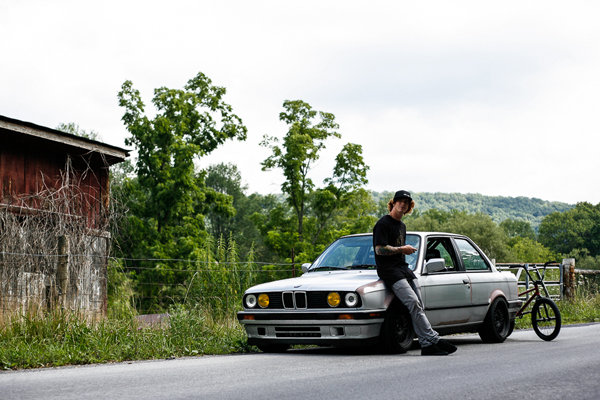 Jeremiah Smith is one of those riders that has been putting in work year after year and it’s finally been paying off. He has a major bike sponsor, travels on a pretty consistent basis, rides exactly how he wants to ride, and just recently finished on the podium at X Games in Los Angeles. He ended up in third, right behind Garrett Reynolds and amongst the top street riders in the world. It’s not every day that you get to line up with nine of the best riders in the world on live T.V. but he’s no stranger to laying it down when it counts. He’s the type of person that knows what he wants, and does what he wants. He has his daily routine pretty dialed and rides more than most people that I know. I caught up with him as soon as he got back from the X Games to talk a little bit about riding, life and the future. Keep on reading to find out what he does in his downtime, where he plans on moving someday and what projects he’s currently working on. 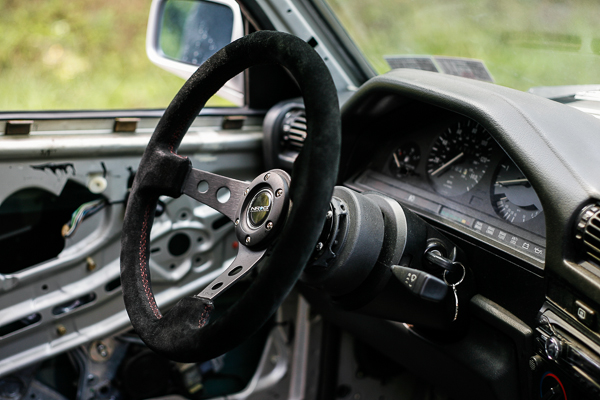 Fill everyone in on the basics…

Well, will the theme of keeping this column as current as possible, congrats on killing it at the X Games and taking home a medal. Speaking of, how did that whole trip go?
Overall the whole trip was amazing. Flying over there I had a few hiccups with flights being delayed and what not but once I got over there the weather was perfect. Practice was good for the most part. It was kind of tough for me to find some original lines and be unique but toward the end of practice I ended up finding some lines and ended up putting some runs together and it ended up working out. I was stoked on the entire trip out there.

What kind of pressure do you feel riding a contest as big as the X Games?
Normally I put a lot of pressure on myself or get super nervous and blow it, but with GT backing me it’s nice because they don’t put any pressure on contest results. This time I went out there and just pretended like it was a normal session where I just go out and have fun on my bike and I couldn’t be happier with the way it turned out. 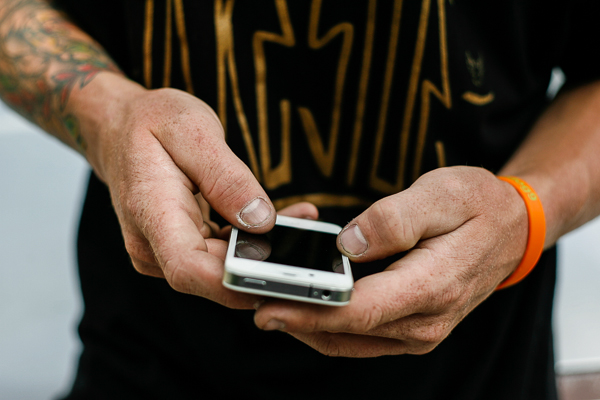 Speaking of, what are your thoughts on them moving the X Games to Austin, Texas next year?
I think it’s great. I think it’s going to help out the Austin scene and help out action sports overall as well as the X Games. Only time will tell how it actually ends up but I am excited about it.

What’s new in your world? How have things been going with GT?
Now that contests are starting to mellow out, I am going to try and put out a street edit in the next couple of weeks. With GT it’s such an honor to be a part of a company that has been around since day one. I couldn’t be happier with GT and everything that they have done and are doing for me.

You have said before that you are stoked on the way they are running the program over there and that you have quite a bit of freedom with choosing what you want to do as a rider. For those that don’t know, how does that work?
There are some companies out there that think contests are really big, but at the moment social media and web edits are the number one thing for our industry. With GT they don’t really care about contests and would rather have me travel, and film web edits. In fact, that’s exactly what I want to do so it works out. I love the competition side of things too and love street contests but it’s so much better going without the pressure of having to perform. I can focus on riding street and filming and just try to push BMX and having a company that is there willing to support my decisions no matter what I decide is awesome. 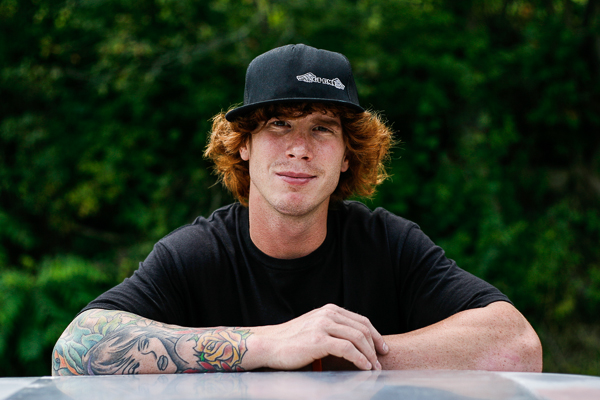 Who is on the current pro team?
The current GT pro team consists of Rob Wise, Dave Dillewaard and myself. And I can’t forget about Chuck Fallon, our Team Manager.

Do you have any trips in the works?
We are actually working on scheduling a team trip right before Texas Toast. It’s just a matter of whether or not all of our schedules can line up. We aren’t sure where we want to go yet but we are definitely trying to make it happen.

Who are all of your sponsors at the moment?
GT Bicycles, Triple Eight, 1552 which is a custom car company that make custom wheels and 5050 BMX shop based out of Utah. 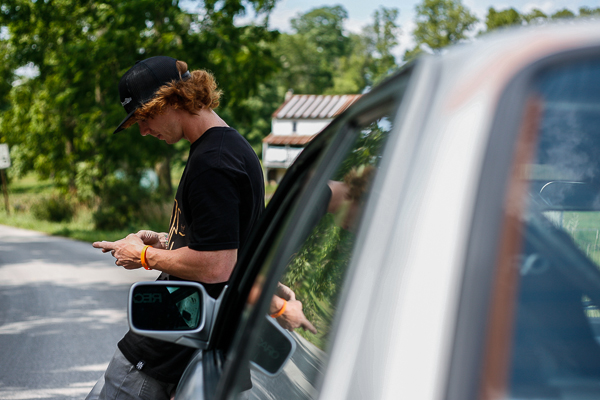 The Mongoose Team contest is coming to Woodward East next week and if I’m not mistaken you are on the rider list. What team are you on and since you rode the one at Woodward West last year what is your plan coming into this one?
I’m on Steve McCann’s team which is Steve, Brandon Dosch, Stevie Churchill and myself. The one at Woodward West last year was amazing. This one is going to be very interesting and we will have to just wait and see how things turn out. Everyone on the Mongoose team is amazing and they all picked crazy teams. It just feels like a huge jam riding with everyone and at the end the judges just end up picking the winners. I don’t have too much of a plan going into it but hopefully this year will be the same way.

How would you define your current riding style?
I would consider myself more of a technical rider. Right now I am falling back into the kind of riding style I had when I was younger. When I Was doing big tricks and riding park I felt like way more of a competitor. The street contests feel more like a huge session and everyone is out there having fun. I like trying technical stuff even though it might take a 100 tries to land one trick.

If anyone knows you they know that you are pretty set on your current way of life in Pennsylvania. You keep things pretty mellow and kind of do your own thing. What is the motivation behind that and do you have any plans to leave PA anytime soon?
I just like to come home and relax after riding. Sometimes I just need to relax because my body feels like it doesn’t want to work at times. Don’t get me wrong I like to go out and have a good time with my friends but I would rather spend my money on cars rather than drinks at the bar. I am thinking about moving to either Salt Lake City, or back to Cincinnati. I have a lease right now but eventually my goal is to move to one of those cities and to get out of PA. 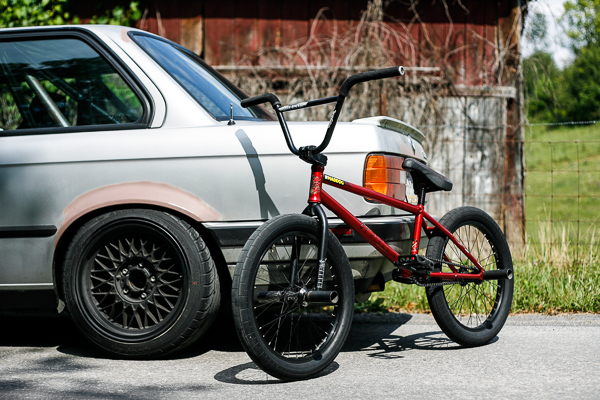 What keeps you busy in your down time when you are not riding?
When I’m not riding I literally work on my cars pretty much 24/7. I have a car that’s a show car that’s stripped down to the shell at the moment. I also have a BMW that is my drift car. I recently got into drifting and have been really into that. I ride all day and then when I get home and have a little extra energy I start working on my cars or do a little drifting. That’s basically my day.

What’s next on the list? What are your plans for the next coming months?
So I have the Mongoose contest next week, after that hopefully we are doing that GT trip, then Texas Toast, and then the Dew Tour in San Francisco. Hopefully after the Mongoose contest I’ll be headed to Cincinnati to film an edit that will be released sometime in the next month. That’s pretty much it for the rest of the year.

Last words?
Just have fun on your bike. 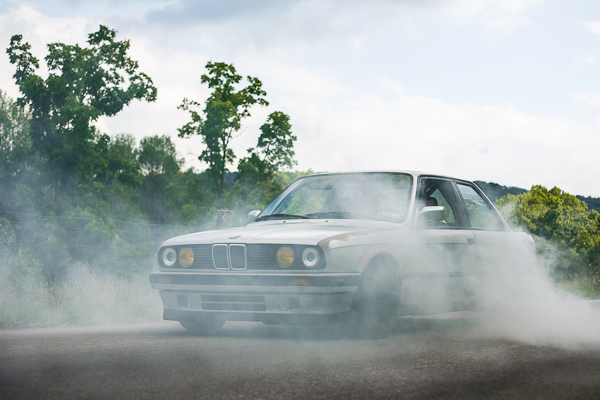 That’s all for this week. Thank you as always for the support, and thank you for taking the time out to read each feature week after week. Also, be sure to check back next Wednesday for the seventy eighth edition of Through the Lens and as always feel free to leave any questions in the comments section or email me at info@jeremypavia.com and I will hit you back as soon as I can. Feel free to follow me on Twitter and Instagram @jeremypavia.

VISIT: FRONT PAGE // DAILY SECTION // BMX COLOR APP // BMX VIDEOS
You are here: Home / Interview / Through The Lens: Quick Chat with Jeremiah Smith
Note: This site contains affiliate links and we could recieve a small comission that supports this site if you were to make a purchase on their websites.