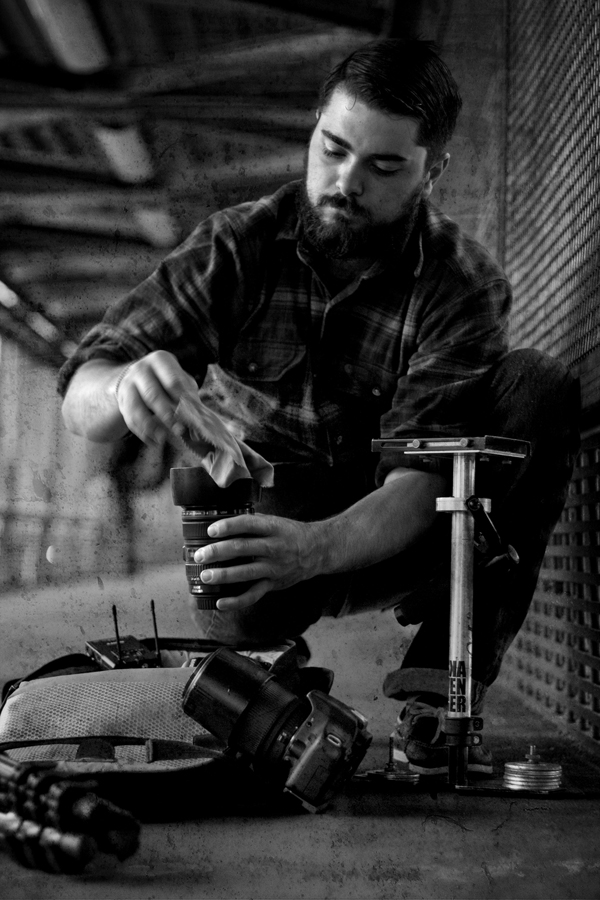 All photos by Skinny

Over the last few months, I’ve been seeing this name, Matt Brown, popping up on the ESPN website. His name was always attached as the filmer and editor of a real good video that was filmed in a different country each time. I was starting to get curious who this guy was bouncing around the world to film with guys like Ruben Alcantara in Spain, Matthias Dandois in France, Paul Ryan and Phil Demattia in the U.K and Chad Phaire in New York. I recently got in touch with him to find out a little bit more about Matt and to find out how he got into the filming, editing and photography side of BMX. Let’s check out what he had to say…

What was it that first got you into BMX? Any early memories come to mind?
Just like building little jumps out of scrap wood and rocks and stuff. We used to build these tracks in my neighborhood and have races when we were super young.

What about photography? Anything that really struck you as “this is what I want to do with my life”?
I took a class in high school and liked it a lot so I kept shooting when I moved to NYC. I started shooting more riding because that’s what I did everyday and two years later my photos got published in Cream BMX Mag and I was like, “yo, maybe I can do this”.

From my understanding, the filming is something that came because of your photo work, right? When did you start getting more into the film side of things?
I had a video camera when I was 16 or 17 and made a video called “Dirty Jersey: The Dukes of Haggard” but I kind of fell off after that, ha. I didn’t really start filming seriously until I bought a 5DmkII.

What was your first camera?
A Nikon N65

What is your current setup?
Right now I have a 5DmkII, 24-105 L lens, Sigma 70-300, Canon 50mm, Sony wireless mic kit, glide cam, calumet tripod with fluid head, calumet photo tripod head, 3 pocket wizards, 3 handle mount flashes, one vivitar, 2 alien bee strobe heads, 2 umbrellas, one beauty dish, 3 light stands, and a rebel body for 2nd angles and a backup cam. I edit on a Macbook Pro with Final Cut and Photoshop. I also have a second monitor and a screen calibrator.

Do you have a dream setup or are you pretty content with what you are operating with?
I’m pretty psyched on what I have now. I might add a 7d body to the list shortly and im going to try and build myself a portable dollie

Over the past few months I’ve been seeing your name pop up on the ESPN site a ton of times with a different location attached to each of these videos and photos. Where have you had the chance to travel because of your work?
I have had the opportunity to go to almost every state in the US, Peru, Argentina, Uruguay, Puerto Rico, Czech Republic, France, Spain, and England.

What is your schedule looking like for the summer? Anything you are real excited for?
I’m just going to be bouncing around the US filming as much as I can. Catching up with friends I haven’t seen in a while and riding.

Going through your past work, I see a bunch of noteable names of people you have had the chance to shoot with. Who are some of the BMX guys you have had the chance to work with?
Pretty much everyone on Animal, Ruben Alcantera, Aaron Ross, Sirgio Layos, Van Homan, Ben Lewis, Garrett Reynolds, Brad Simms, Matthias Dandois, Viki Gomez, Scott Ditchburn, Paul Ryan, Russ Barone Chase Deheart, and so many heads in the NYC/NJ area that kill it.

I also noticed you have had the chance to shoot with some other professional athletes. Who are some of the guys outside of BMX you have had to the chance to work with?
I got to shoot with a bunch of athletes, actors, and artists over the past few years like Justin Tuck, Kobe Bryant, Darryl Strawberry, Doc Gooden, Nate Robinson, Derrick Rose, Michael Beasley, Kevin Heart, Kevin Durant, Fat Joe, Pace Won, Peter Green, DJ Clark Kent, and DJ Funk Flex.

Is there any particular riders you haven’t had the chance to work with, but really want to?
There are a ton of sick riders out there too many to name. 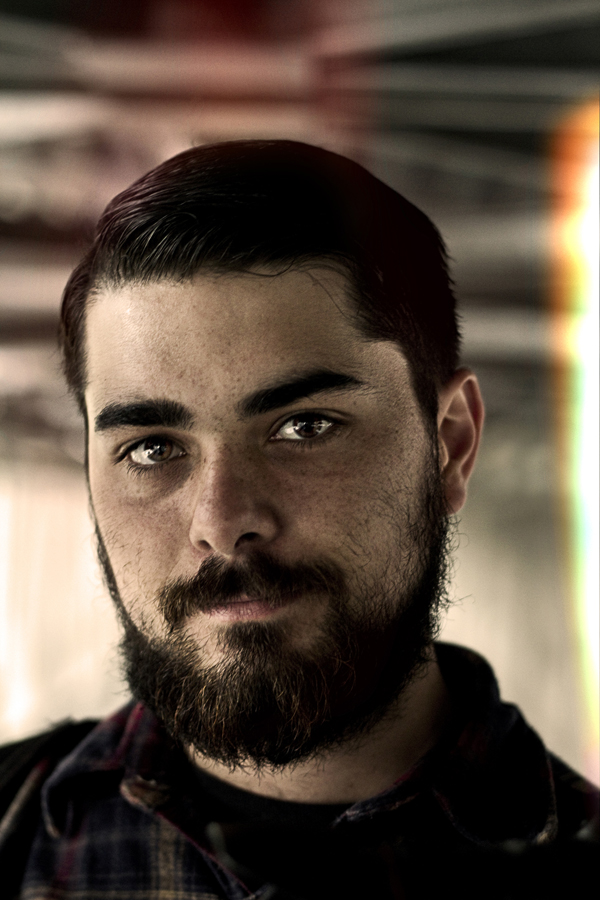 Did you go to college for photography or anything? Do you feel college is important to get into the photography and film industries?
Yes, I did go to college for photography and for me it was a good move. But I am the last person in the world that is going to tell someone they need to go to school to do this. If you are focused, talented, and driven all the information you’ll ever need is for free on the Internet. School is good for the equipment, the techniques you learn, and it gives you time to calm down and get your life sorted out. You just need to be careful because banks can’t wait to give you a huge loan and schools can’t wait to cash your huge check. If you pick the wrong school or the wrong time in your life and things don’t work out, you are the one stuck with the debt.

What are some of the current projects you are working on?
I’m actually working of a full length video. I just started filming for it and I don’t have a name yet but the gears are in motion and im pretty hyped!

I’d imagine you have had a few rough patches in your time. Any horror stories from a shoot or filming trip?
Haha, yea, I’ve had a few. The worst/funniest is when Brad Simms and I landed in Uruguay with no debit cards, no money and directions to a hostel written on a piece of paper that included drawings of stuff like “when you see this tell the bus driver to stop”. It started in Peru. I used an ATM to get money to buy a socket wrench and the money came out before my card so I put the cash in my wallet and rode off. The next day we’re at the airport and in some countries they charge airport tax before you can enter the terminal. So Brad pays his and I then realize I don’t have my ATM card I’m like “yo, Brad you gotta spot me. I don’t have my card”, so we go to an ATM and he gets some money out for me and we enter the terminal. Brad’s like I’m hungry I’m going to get something to eat. He goes to pay for his food and shuffles through his wallet for almost a whole minute and looks at me like “you gotta be fucking kidding me”. All I said was noooo. He just left his card in the ATM also. So we are now 100% fucked. I don’t even think we spoke to each other until we had a layover in Paraguay. We started to try and figure out a way to get some money and I remembered I had this old debit card from an account I opened up in high school and I was going to try and over draw it and get some cash for the bus. I went to 4 ATMs and they denied my card I found one last ATM and put my card in and asked for 2000 pesos which is like $100. instead of the beep beep beep and my card being spit out I heard the amazing rumble of money being counted in the machine. Instant relief. So now we had enough money for two bus tickets and a little food. But the bus tickets are sold for specific bus times and if you miss your bus, your ticket is no good without a refund. There was a sign in the lobby with bus times that didn’t match the bus times on the sign where you bought the tickets, so I tried to speak to the woman at the ticket both but my Spanish was so bad at this time it was no use. So now I’m walking around the airport yelling dose anyone speak English and we meet these British guys that help us buy tickets. Now Brad and I are on this little ass bus with 5 times more luggage than anyone else looking out the window for a bridge that was drawn on our directions. After we saw the bridge, the directions said “ride the bus for 10 more minutes” or something super vague like that. The next thing you know me and Brad are the only people on the bus and the bus driver stops on the side of this road and tells us to get out and points to a dirt road. We walk down this road for so long and drop our bags like where the hell are we right now. I walked down the road just a little further and saw our hostel around the bend. We checked in with no money, I got a frosty liter or beer and enjoyed it by the pool.

You are your own boss, right? How do you like that? What kind of advice do you have for people out there looking to do what you do?
It’s amazing I mean there is no better set up really. You just have to make sure you don’t get too comfortable and always stay busy. If you really want to do this for a living you need to be able to find work outside of BMX also. And make sure you have personal projects to work on otherwise it becomes a job.

Where can people check out some more of your work?
Keep checking out the ESPN BMX blog and keep an eye out for the full length video. Photos are on mattybrownphotography.com

Let’s say a brand wants to get you to do some work for them. Are you available? What’s the best way to get ahold of you? For sure. matt@mattybrownphotography.com is the way to go

Do you have any shout outs or thanks?
I want to thank everyone that helped me out along the way, all the homies at animal, and Brian Tunney. Also check out Skinny’s(http://karstontannis.com/) and Christian Hewit’s(http://bumpjump.tumblr.com/) websites.