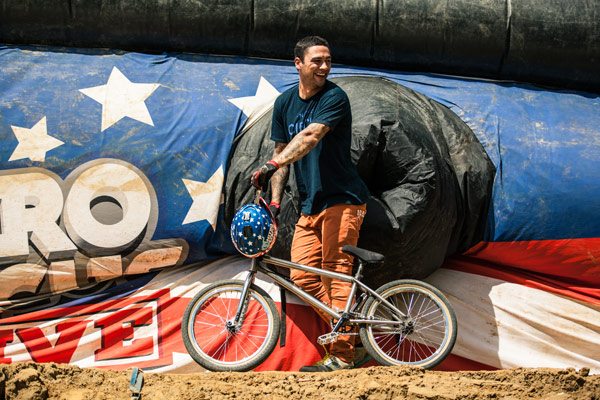 If you haven’t heard the name Jed Mildon before, you’re completely blowing it. Jed has been one of those riders that is all about pushing boundaries and setting records for years now and it’s been hard to not take notice. A few months back he was the first guy to pull a quadruple backflip on a BMX bike (and the video has nearly 11,000,000 views!) to go along with a handful of other firsts he has already done. With the Nitro Circus crew about to kick their world tour back up, we figured it would be a good time to catch up with Jed and find out a little bit more about him. Let’s see what he had to say!

Jed! How’s it going? I’d imagine you have been busier than ever lately?
Hey mate it’s going good. I’m always busy. A dormant mind is a dangerous one. You need to keep the mind and body active. Goals are one of the most important parts of life. Weather big or small make sure you have achievable goals.

I suppose we should probably kick things off with the Nitro Circus. You have been on tour with those guys for quite a while now. How long have you been apart of the crew now?
We are some of the luckiest boys in the world. We travel the world with our brothers led by our hero Travee. I’m coming up 3 years and over 100 shows in every continent in the world traveling with Nitro Circus.

I know you’re no stranger to traveling these days. Where all have you been the past few months?
After the revolution day premier in July I spent all my time in Tokoroa, NZ on the Franklin Farm Preparing it for an amazing summer with the boys. There were 2 weeks in between I went Spain to and event called Omarisquinio. I am an ambassador for it so I basically go there to hang out with the people and have a good time. I also went to Majorca island to chill out with my Spanish family I met while doing shows for them back in 2011. It my yearly ritual to visit Spain! 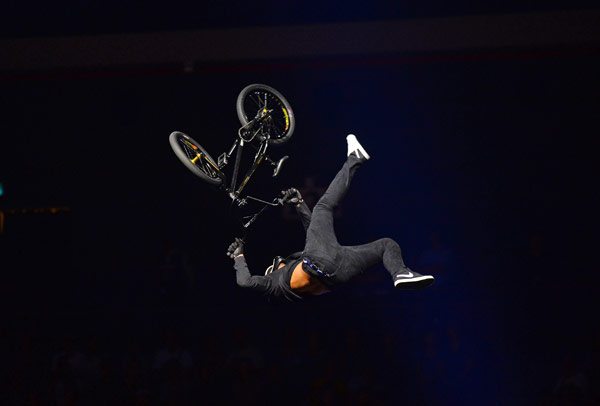 It sounds like you will be heading back to the U.S to do some shows. Is there a difference between the crowds that the U.S draw to lets say Germany?
We’re here now getting dialed. America is the birth place of action sports. Naturally American shows have an amazing atmosphere and big crowds. It’s good to see other cultures embracing these sports.

It seems like you guys are always cooking up some new trick to do. Do you have anything in particular that you have been working on lately?
I have a lot of tricks in the bank ready to whip out when I feel it’s right. Most of them are world 1st. I have been working on my piggy back game. I’m excited to show the people of America some new piggy back tricks. It scares me because I have another human to take care of in the air.

A few months back you pulled off the quadruple backflip and it got A LOT of attention. Has pulling that trick changed your life at all?
Yeah, thanks! It’s such a good feeling. I guess the big change is my stress levels, haha. I’m now at peace with my mind. My grey hairs have stopped appearing.

Have you had any random people recognize you on the street because of that trick? Is that weird for you at all?
Only once in the airport flying back from the premier weekend in LA. It was the NZ junior snow team. That was rad. Other than that no. It’s awesome haha. It’s more humbling than weird.

I know James Foster was working pretty hard to pull it off first, too. Are you guys still on good terms after you pulled it first? Haha
I’m with James right now jamming Woodward west and our new set up. James is the man! 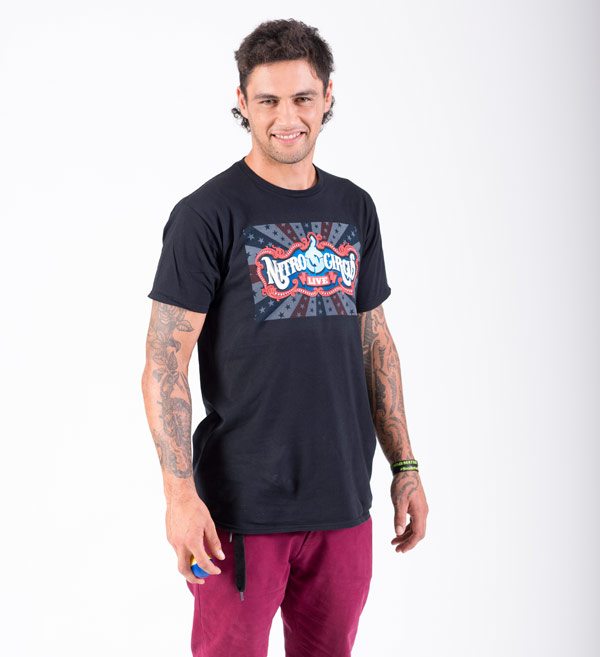 About this time last year, Red Bull was premiering your “Dirt Dogs” series where you were sending it over some huge 60 foot doubles. Have you been playing around with that setup at all lately? Any plans on stepping things up further than that?
After tour last year I went in to the quad project so I had no time for my dirt dogs set. The past month I cleaned them up and prepared them for summer. Paul Langlands and I are amping to ride them. Those jumps are better than Xmas! Look out soon for some more world records and dirt to dirt world 1st. Pretty rad that any trick over the 1st set is a world record haha.

Since we know you’re not really scared to send it… What’s one trick that you cannot do for the life of you? Everyone has their weakness…
I’m scared to send it I just have good control of my mind, fear is a weakness. Nose manuals, hang 5s and hang nothing’s! I would trade a lot of tricks to be able to wheelie on the front wheel!

I’d imagine down time is pretty hard to find time while on tour, but what are you usually getting into when you have some time to yourself? Any new hobbies or projects you’re working on?
I read, stretch, chill, watch movies, hang with the boys, eat good food, experience the cultures. I’m building the Franklin Farm up at the moment spending all my money I have earned in BMX and putting it straight back into the sport. Basically when it’s finished Franklin Farm will be a mini Woodward only our style. We have so much to go, that doesn’t matter because it’s so much fun and keeps the mind occupied. I bought a 2014 KTM 450 and a 1.6 liter 2009 Harley Super Glide those baby’s keep me on my toes. So much fun learning new things.

You have quite a few tattoos. What would you say your favorite one is? Any stories behind it?
I like them all they all have a story behind them. I have Pastranas tattoo the squirrel parachuting and he has my flying kiwi that’s pretty rad. It’s what we do at Nitro get each other’s tats.

What’s your least favorite? Any regrets?
Hahaha defs no regrets. On my leg tho I have tats my friends do when we’re drunk and it’s place names around the world were that friend doing the tat is from. This does mean I get to write Taupo on their leg, haha. When I’m sitting on the toilet I see them all it’s pretty funny. I like it any way. Most are chicken scratch too!

Do you have any fresh ink planned?
Always, my friends are amazing tattooist so it’s never ending. Love the pain, tattoos hurt a lot!

What’s something you have never done, but really want to do at some day?
Jumps out a plane on my own with out doing a tandem. That would be a rush! 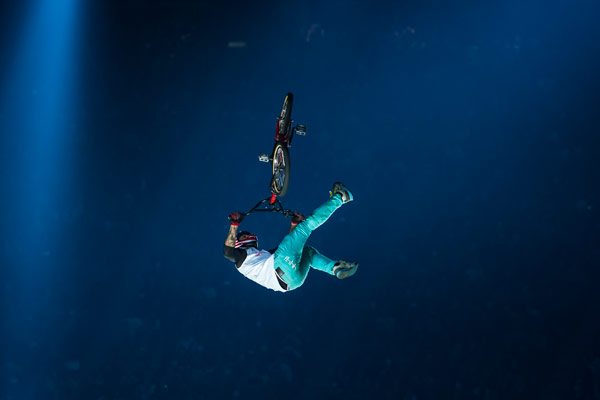 What’s some of the best advice you have ever been given or able to give?
The best advice I received was live in the now. Not long after my friend said to me ‘Jed it’s always today and never tomorrow’. My life moto is ‘what’s the worst that can happen… F#*k it, Send it!’

What’s the last song you heard and movie you watched?
Alphabet insanity & Snatch.

How can people keep up with you these days?
It’s @jedmildon and Jed Mildon on Facebook.