Here’s some gold we spotted on Flat Matters! Above is John Yull’s banger of a section from the “SameThingDaily 3” DVD and even though his mind was in other places, he was able to really push himself to his limits to make this his best section ever. Hit play and take this all in.

“One year ago today I was awoken with a phone call from my mum. She had just been diagnosed with kidney cancer. It had spread to her lung and she was told it was terminal. Our family went into shock. We had no idea how long she had to live. I traveled home to England in May to give her as many hugs as she wanted. We did as many fun things as we could squeeze in. I traveled back again in October. She had just been admitted into hospice when I got there. I spent a week with her and left on a Wednesday morning. By far the most devastating thing I’ve ever done – walking away, saying goodbye, knowing I would never see her again. She passed away on that Friday. During this time I was trying to film this part for SameThingDaily3. Sometimes my heart just wasn’t really in it but I was trying to use it as a distraction. Once mum had passed I made the decision to dedicate it to her. With that decision I knew I had to make it something I, and hopefully she, would be proud of. She had seen 90% of it in October and she loved it. I pulled the last trick on 12/14/14 the day before the DVD was going to production. I had spent many hours and sessions trying it. I had pretty much given up. I went for one last session and 15 minutes in I hit it! I still have a feeling I got pushed over on that last decade. Thank you, Dane for giving me this opportunity to pay tribute to my mum. I feel it’s a good way to make something good out of a sad day.” – John Yull 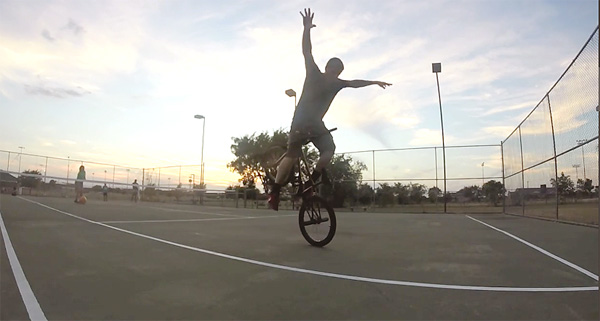