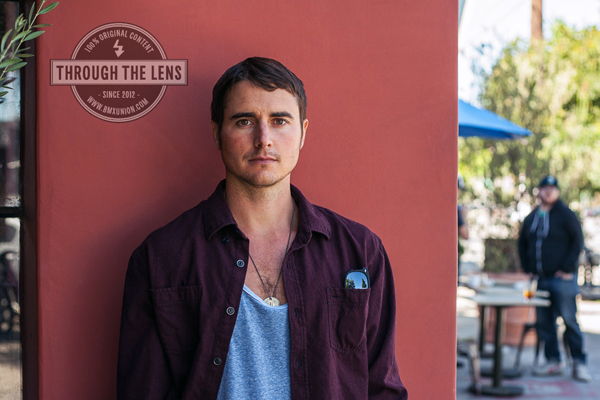 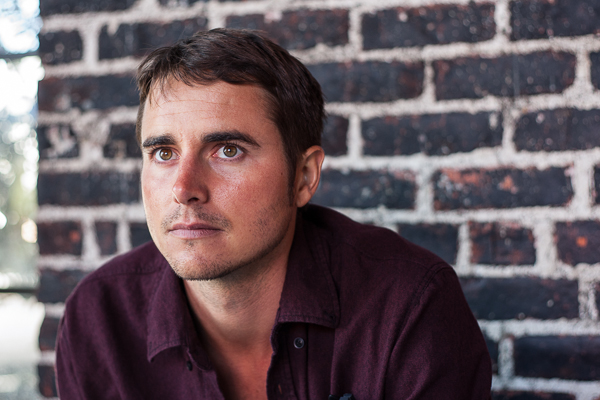 Can you start off by filling everyone in on your history in BMX?
9th street is where it all started. It raised me to be who I am today along with the locals. I remember the first time that I went there, I didn’t know what to expect. I pictured it as some type of hell track at first like in RAD when I heard about it because that was the only reference to dirt that I had back then. I rolled up and the first person I saw was this big red headed beast with dread locks. He boosted this small little roller and probably got a good 3-4 feet off of it. My first trip there was definitely an eye-opening experience. Seeing Taj, I remember the locals smoking weed by the bench, I had never experienced anything like that scene… drinking lone star, Taj busting downside tailwhips and Greg Tait AKA Noodles was busting huge double double cross footed no cans over the middle box which was super steep. I remember it almost being like vert with a cinder block as the lip. After that I was hooked. Every weekend my father would load up the car full of bikes and me and all my neighborhood homies would ride. 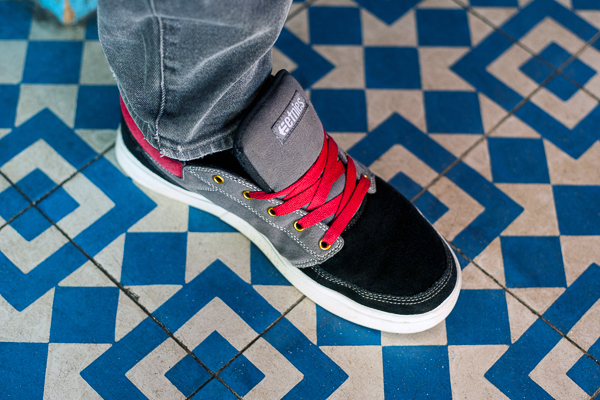 What a crazy place to get introduced to BMX. How long did it take before you realized that?
I kept riding and then I started competing. At one point I took 1st place in amateur dirt at the CFB competition in Daytona, Florida circa 2000. That was probably the second most memorable point ever in my lifetime. Mat Hoffman bowed down to me and gave me a plaque. He was my hero. I don’t even remember it, cause I was so nervous. I just have the picture for a memory. Yeah, that was definitely probably the best feeling I’ve ever had. Even though I don’t remember it as clearly as I’d like. It took me all of one day at 9th street. I realized who the red headed dread locked beast was when I opened BMX Plus! the next week and he was doing a toboggan over a spine at some ramps in OKC.

Fast forward to your involvement within the industry. How long was it before you got sponsored and who did you ride for?
Well, I started riding for Trend way back when, somewhere around 2001. At the time Tina and Tom who now own Empire ran it. I also rode for Eleven Brand Clothing, which was started by Edward Koening, AKA Luvin’s Spoonfull, name referenced from the Poorboy 500 Miles video. Both of those companies fell through and Tina and Tom started Empire and put me on the team. Around that time I had started to film BMX, Stew Johnson being my biggest influence as BMX filmmaker moved to Austin. He hooked me up my first paying gigs as a cameraman and gave me a chance to cover all my good friends in Texas, such as Neil Harrington and Danny Hickerson. Empire hooked me up and let me do the first two videos, including Chill Bro! Somewhere around 2005 I was riding the T-1 ramp with Joe Rich and he asked me if I wanted to ride for him. That was a shocker to me. I didn’t ever expect that considering that I had looked up to him since Road Fools 1. Backtrack, I actually started riding around 95 or 96.

Right now. I feel like BMX is what it is. There’s always going to be some crazy ass rider with a death wish and it’s rad to watch, but I’m not necessarily interested in being fully immersed in that scene. I’ll watch videos, but I really don’t want to worry about any politics. I wanna’ cruise the beach and I love cruising the streets with friends. I don’t like pressure on myself from anybody else but myself. 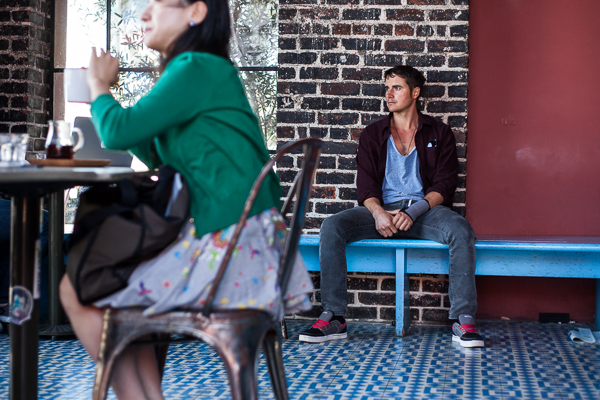 You have always had a unique style, with some flat influence. Where did that come from?
I was a dirt jumper/street rider hucking myself down stairs getting hurt way to often and I had been seeing some people doing hang 5’s in videos here and there. The first day I got back on my bike from a five month battle recovering from ACL reconstructive surgery I learned hang 5’s. It changed everything about my style at the time. I knew that it was something I could do and not worry about taking it too hard other than flipping over. I didn’t have to worry too much about high impact, so I learned them the day I got back on it. I loved the fluidity of rolling, and the control it gave me on flat ground. Shortly after I started going to the flat sesh every Saturday, with Ruben “R Dogg” Castillo, Chadwick Davis and EZ Chris. Those guys were my solid flatland homies.

Now it’s time to talk about the current state of BMX and how crazy it is. What are your thoughts on that compared to when you grew up riding?
It is what it is. The dead man shit is always gonna’ be around, Hoffman started that off way back when. Tech is sick; I enjoy it all and only try to embrace the change. I’m not going to ride forever. I know that now, I would have never had thought that when I was 14, but at some point of my life, probably when I’m 60 I might pick up golf… yeah right. 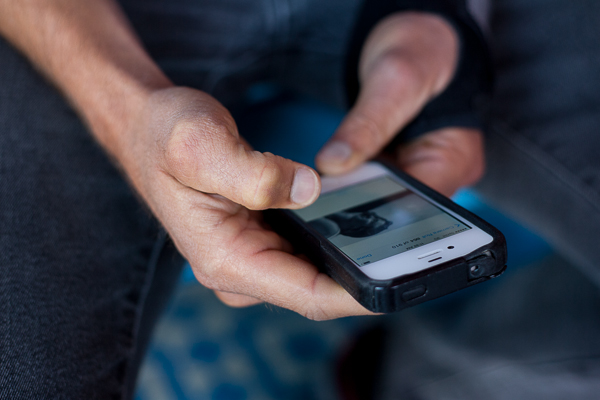 Well, it seems like you have been keeping busy during the past years that you have been living in California. What’s that all about and what have you been up to?
I love to love life here in California. The weather is amazing and the riding is awesome. I came here to make movies, act, direct, write and produce. I’ve stayed busy acting here and there along with producing videos for a living. I made a movie in Italy a couple years back and it finally finished post-production this last year. I am the lead and it is definitely a movie that is interesting to watch. It’s a horror that was shot in an ancient village outside of Rome. I stayed there for a little over a month and I’m not allowed to release all the info cause it isn’t under distribution yet but I can tell you that it was another amazing experience in my life. Seeing a different culture, realizing that Rome is truly a place for love. It’s in the air, no lie…kind of like you would think, something from a fairy tale. The people there are just different, and the food is unreal! Such an experience to have!

Didn’t you also do a BMX related movie fairly recently?
Yeah, Heroes of Dirt is still in post. Hopefully that will release sometime soon. It’s a story about a rider who has based everything he has on riding and comes short of his expectations of what he would have thought to achieve in his lifetime. A turning of life type of movie.

Are we going to see any BMX edits out of you anytime soon? Either in front of or behind the lens?<
None from behind the lens, I’m done with that. I’d rather ride and enjoy it. As far as video parts if I ever get over the wrist injury that I am recovering from then yes, I will be finishing a part web edit that I started filming. I also have some new moves in the mix, trying to keep it fresh and creative. 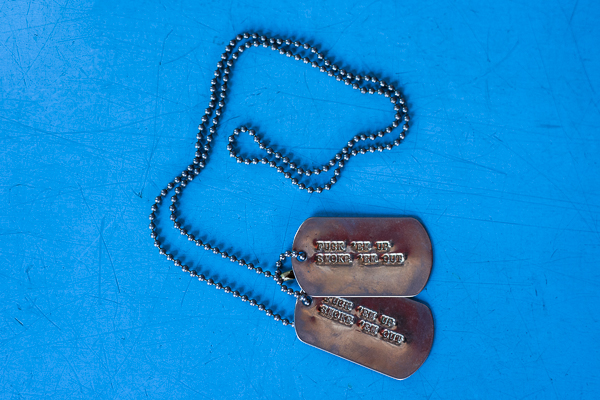 Is there anything else that you wanted to talk about?
Not really man, I’m gonna’ go hit the beach for real. Excellent time for some sunshine!

Well, that about wraps it up. I guess lets just finish it off with what the rest of the year looks like for you.
Hopefully getting the film “It’s all About the Bieber” that I wrote finished. Look out for a Kickstarter funding campaign in the near future for that!

Is there anyone out there that you would like to thank or shout-out?
Shout out to Joe Rich, Taj Mihelich, Madd Mat Hoffman, Tom, Tina, Stew Johnson, my bro Josh, Chase Hawk, Aaron Ross the Boss, EZ Chris, Chadwick, R-Dogg Castillo, Bostrom (the man with the plan who gave me a place to stay when I first came out here), Mom’s, Dad’s, President Obama, President Lincoln RIP, Jasper RIP. Yeah, shout out to peanut butter, that’s what’s up, taste so good!

With that said, do you have any last words for the BMX community?
Love life. 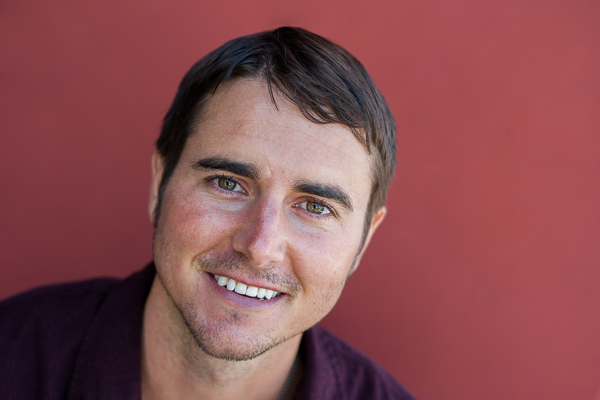 Thanks again for keeping up with the TTL series. Be sure to check back next Wednesday for the eighty sixth edition of and as always feel free to leave any questions in the comments section or email me at info@jeremypavia.com and I will hit you back as soon as I can. Feel free to follow me on Twitter and Instagram @jeremypavia.