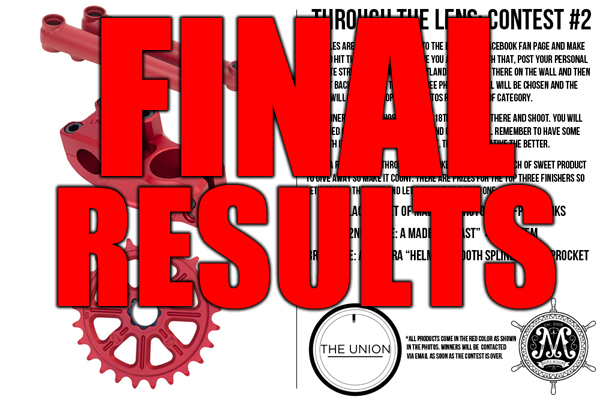 Today is the day when we announce the final results of the Madera Through The Lens Photo contest. There were well over 100 submissions for this one, and with that came A LOT of really good photos by you guys. After a lot of time going through the photos, it was narrowed down to the top 20 submissions which we have a PHOTOGALLERY showcasing these photos. However, before you jump to that, check out the Top 3 winning photos and why they were picked with a full explanation by Jeremy. Check it out! – Kurt

I wanted to personally shout-out everyone that shot photos for this contest and entered their best work so we could put together this rad gallery. I also wanted to say thanks to Madera for stepping up and supporting up and coming photographers world wide and throwing down some rad product for the top three entries. If you missed your chance to enter this contest don’t worry, we will be having plenty more. If you entered and didn’t make the cut into the top twenty, just get back out there and step your game up. We want to see the best work you guys can do and if you want to get noticed for your photography this is a great place to do that. Until the next one! 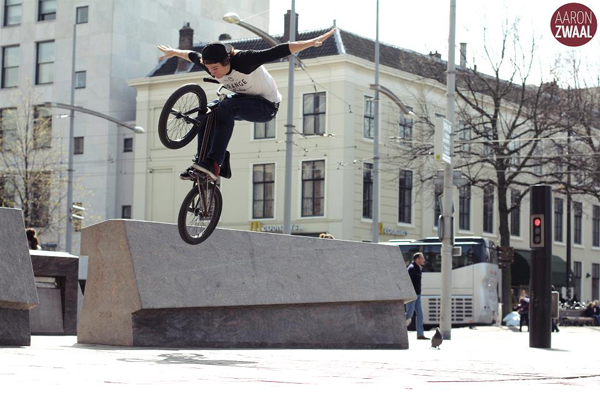 THIRD PLACE: AARON ZWAAL I like this shot for a variety of reasons actually. The photo is sharp, the exposure is on point and the composition simply works. It’s one of those photos that’s actually hard to find a fault with. I like the subtle movement of the city in the background with the guy walking behind the ledge and the pigeon just cruising around. Obviously the timing couldn’t get any better and the no hander is dialed as well. I’m a sucker lately for a good natural light photo simply for the fact that it shows a more raw side of riding without all of the hassle of setting up multiple flashes. I have also noticed Aaron’s name coming up here and there in the BMX world and I can appreciate his hustle. 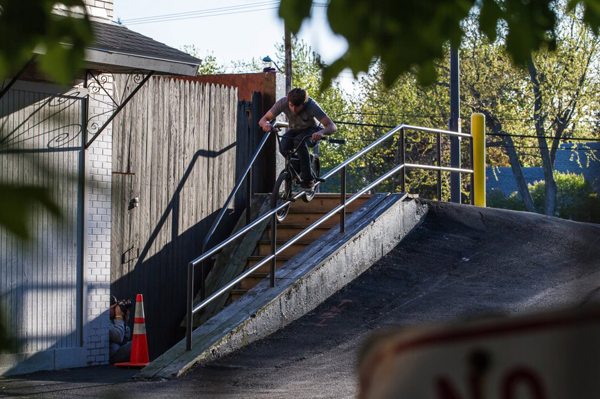 SECOND PLACE: CASEY RAND It honestly was hard to choose these winners as there were a lot of sick shots submitted but as soon as I saw this photo I couldn’t stop looking at it. If this were a contest based specifically on composition
this would win hands-down. The use of the foreground as some sort of frame is rad and knowing that it was obviously intentional makes it that much better. The spot has character, and looks unique. The lighting is perfect and the rider is sharp. I just kept looking at the photo and finding little details that would hold my attention and it is just the type of shot that you can look at over and over and still find something you may not have originally noticed. Shooting with natural light is not necessarily easier than shooting with flash because you have to know when the daylight looks right and how to use it to your advantage and that definitely takes time. 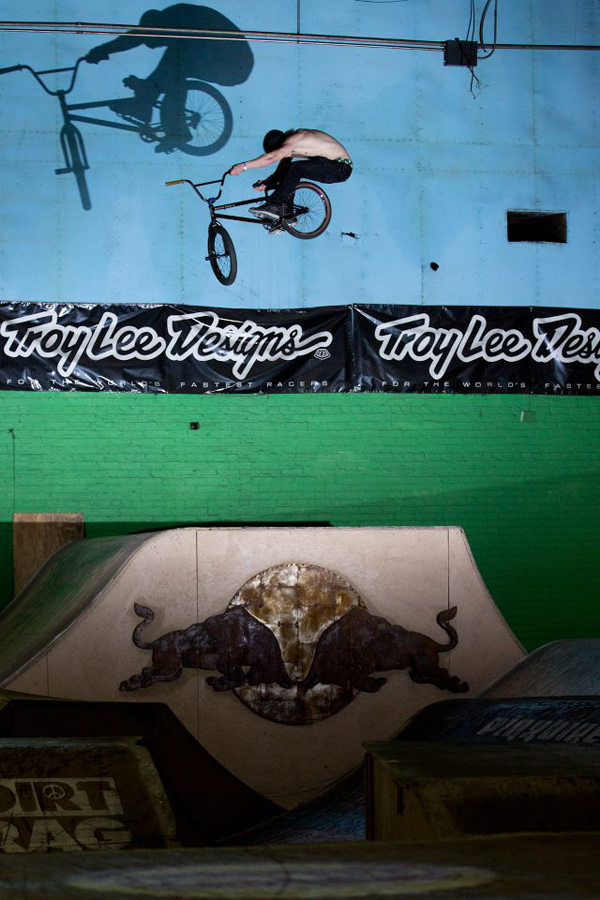 FIRST PLACE: RYAN SOUVA This shot earned first place and is well deserving of it in my opinion. There are a few reasons why and they should be pretty obvious but if not, let me explain. The composition is on point and the way the photo is laid out just simply works and is pleasing to the eye. Also, I really like the top of the box in the foreground as well. The colors work great together and the way the rider pops off the blue is awesome. Shadows obviously work in certain situations and this is one of them. You kind of get lost between looking at the rider and then the shadow and then the foreground, and then the colors in the background again and it never stops. The exposure is well balanced and the photo is obviously crisp. Not to mention that is a proper toboggan as well. Obviously Ryan has a good feel for lighting and put some thought into the actual look of the photo which is what it’s all about. Not to mention that he also sent in a bunch of other good shots as well so you know he has been putting in work behind the lens. Big shout-out to him and congrats on winning the second TTL contest!