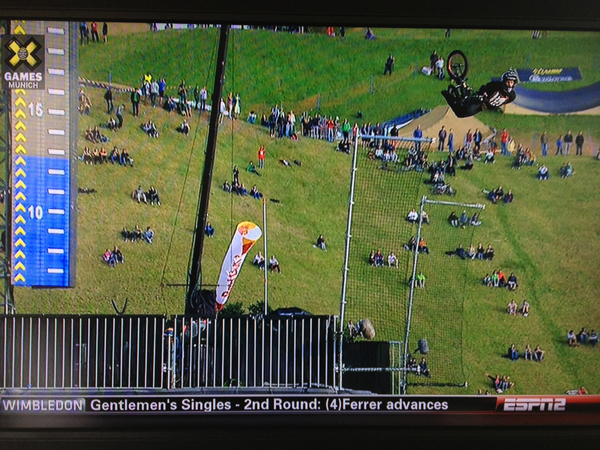 Morgan Wade is one of those riders who I’ve always been so stoked on. The things he has done on his bike over the years has never failed to blow my mind and he continues to do it every time I see something new from him. About a year ago when the economy started getting tough, Morgan was one of those guys who didn’t have the best of luck when it came to sponsors budgets and it was pretty crazy to think that people would have to let a guy like him go. However, over the past few months, things have been coming back around and Morgan has really started to get that shine time he deserves again. With the news of him joining the Hoffman Bikes team and a few other sponsors, hitting the podium at X-Games a few times and his latest edit that blew everyones minds, I figured it was time we caught up with the man to find out what’s new. Check out what he had to say!

What was it that first got you into BMX? Any early memories come to mind?
My brothers always had bikes when I was growing up, but my first real experience with Freestyle BMX was a Sprocket Jockey show at the Texas State Fair with Mat Hoffman, Dave Mirra, DMC, and Steve Swope! I’m pretty sure that was the line up. 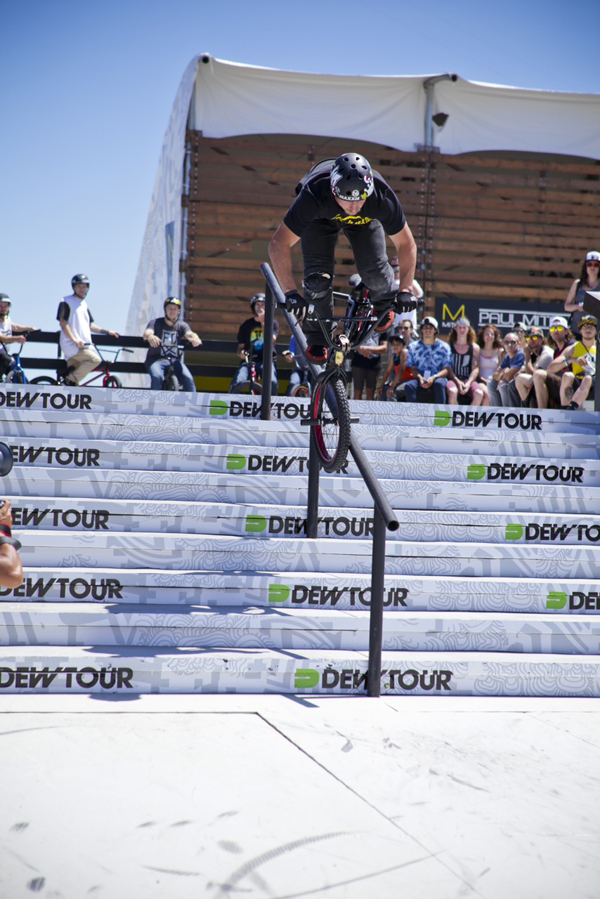 So the big news is that you were added to the Hoffman Bikes team a little bit ago. How did that opportunity come about? I can imagine X-Games had a little bit of a help…
I asked Mat a few years back what he thought about me riding for Hoffman Bikes and he was stoked, but it took a while and some things had to change and line up for it to work. Fast forward a bit and here we are! I actually don’t think X-Games had much of anything to do with it to be honest. Mat has been stoked on my riding for a while now. At least that’s what he told me anyway!

What’s the plan as far as things with them go? Do you have any signature parts, trips or anything planned yet? Anything you’re getting excited for that you can tell us about?
To be honest, nothing solid as of right now, but I’ve got a few ideas that I’m going to talk to Mat and Mark Owen about pretty soon! I would like to do a frame and fork, but we’ll just have to wait and see what’s in the cards!

I’d imagine you will be working on a welcome edit, right? Any guesses on when that will be coming along?
Right now I’m working on finishing up an Empire edit that I’m pretty stoked on. If you saw my welcome to HeadRush edit and liked it, then you’ll love this one when we’re done with it! I have a few ideas on some stuff I’d like to do with Mat on some web edit fun, but you’ll just have to wait for it! haha

How are things going with Empire? Does Tom and Tina have anything cool in the works for you any time soon?
Tina & Tom are so awesome! They have been one of my favorite sponsors of all time! It’s definitely more of a family around there, and I’m honored to be a part of it! I still have some unfinished business to film yet, but I’m really excited about the edit we’re working on! 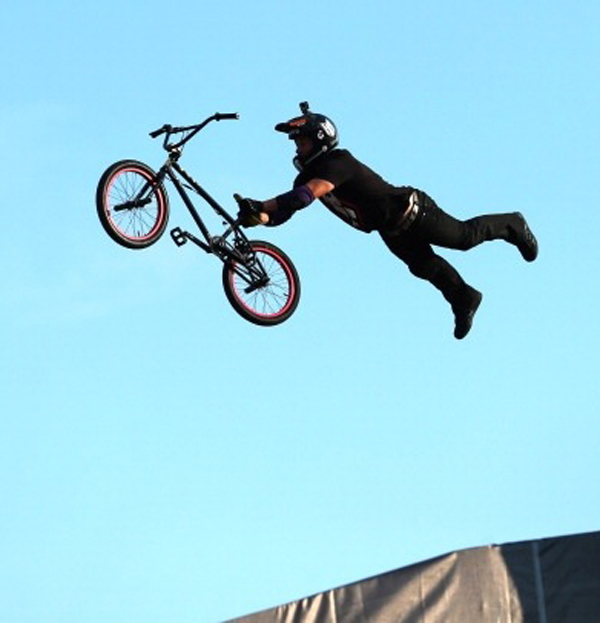 What about the rest of the sponsors? I’d imagine they’re keeping you pretty busy?
There’s plenty to be done, but I’ve got plenty more ideas for fun projects so for now we’ll just keep on keeping on! haha

Let’s talk a little bit about X-Games. I don’t think anyone expected to see you blasting to the moon in Barcelona. What was it that got you so pumped? I couldn’t believe how high you were going.
You know, Dougie Fresh down in Brazil really lit a fire under me when he went 22’1” in the comp. I wasn’t hell bent on beating him or anything, but I’d be lying if I said it didn’t make me want to go higher! I look forward to seeing Dougie blast even higher! The way they had Barcelona set up we got 5 days of practice and it was indoors! It’s always a plus when your trying to go really high on a big ramp to not have wind be a factor! I was really comfortable on it all week, so I decided to go for it! I actually hit 24 feet out every single day in practice, so I’m ok with the 23’3” that I put down in the comp, but I know I can go higher! If they’d give me a bigger gap it’ll happen!

I’d imagine you have been spending a fair amount of time on the mega ramp since I don’t think anyone can just drop in and do what you do. How are you getting your practice in these days?
Hahaha actually I only ride that thing at the events… and that’s it! What you see is what you get! I guess it’s just built in or something! haha

Where else have you been getting the regular sessions in? Do you still have that private warehouse going?
I’ve been doing a ton of quarterpipe box jump shows lately so that’s probably where I get the majority of my riding in, but I still have the ramp setup back home in the warehouse. When I’m home I’ll go ride with my local crew here in Tyler! You can’t beat having an awesome crew of kids to ride with like I do! 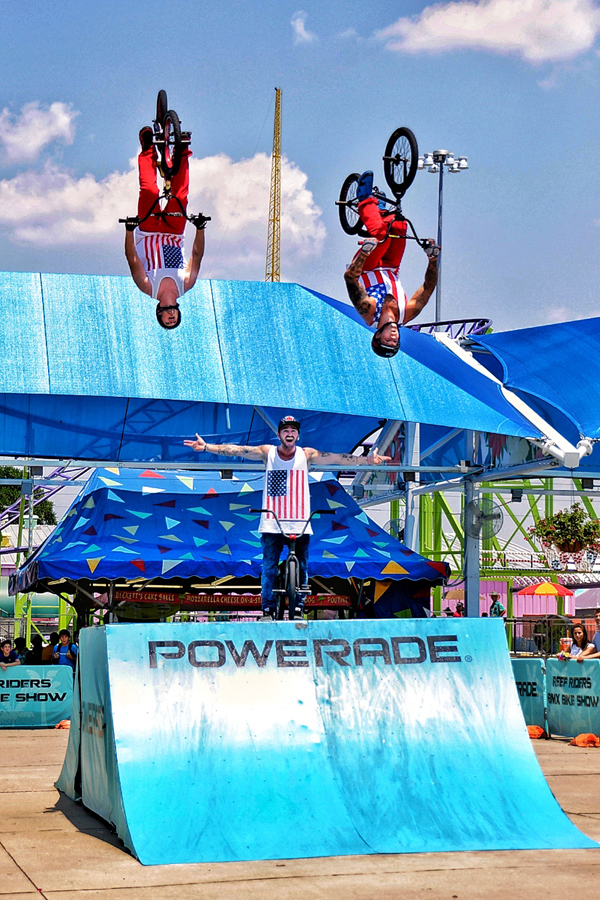 The last year or two had been fairly rough with losing a few sponsors like Etnies. Did it kind of kill your motivation for a bit or did it just motivate you to push yourself harder?
Yeah, it’s been tough financially, but I’ve been riding the same as always. It put more pressure on me to step out my social media game! Haha Unfortunately that’s the name of the game these days and you have to play if you want to stay in it! It’s a lot harder to get the same amount of coverage that you had before if you don’t have someone paying to send you places or on trips, so that was a bummer for me as well, but I still ride the same as I did before!

I can’t imagine you’re feeling burned out with all the support you have been getting lately, but what are some things you do to keep things fresh after all these years?
You know, busy is good in this sport so I’m just very thankful to be busy again and have the support that I’m getting from companies like HeadRush that are making it possible for me to be out there on the contest scene! Being back at it full time is what keeps it fresh for me right now so I’m just going to roll with it!

You have had a few crazy videos drop over the past few months that got a lot of people talking. Have you been filming for anything new at all? I could go for some fresh Morgan footage.
Right now I’m focusing all my energy between contests to filming for this Empire edit, but I’ve got a few thins coming down the pipes that should be a lot of fun so Lord willing you’ll get what you’re asking for!

What are your travel plans looking like for the rest of the year? I’d imagine you’ll be making it to the rest of the X-Games stops and a few other trips along the way.
I’ll be heading out to Woodward, PA for a week or so then I’ve got A Vans bowl comp in Huntington Beach at the US Open followed by the X-Games in L.A., then Red Bull Dreamline just after that. I’ll be doing more shows and also the entire Texas State Fair. Dew Tour is somewhere in there as well as Texas Toast! So there’s plenty left to do! haha 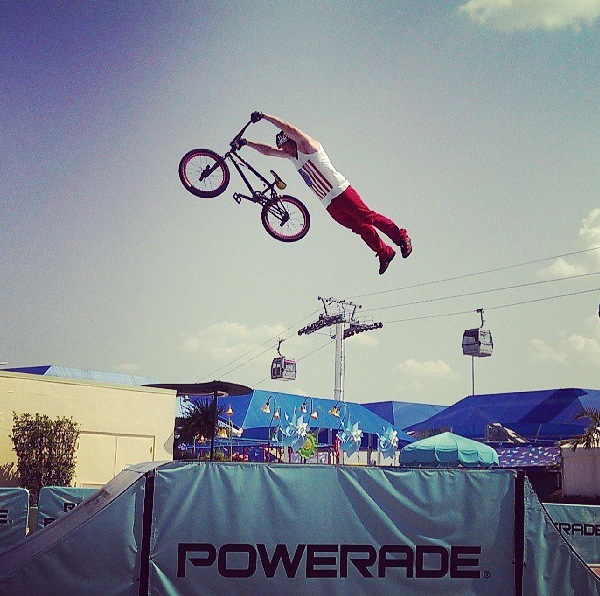 Let’s say you got a big budget to take any 5 riders anywhere in the world for a week of riding (We’re talking Levi’s money… You remember that.). Where would you go, who would you bring and why?
Haha nice! I’d take a crew that would have a blast no matter what! Hmmmm, it would have to be Drew Bezanson, Cory Foust, Gary Young, Mat Olson, and Brett Walker. We’d need filmers and Photographers too so naturally they would have to be Will Stroud, Cameron Muilenburg, Ryan Nevazio, & Ryan Fudger! Haha You see what I did there? Turned that 5 into 9 just like that. 10 including me! You did say “Levi’s Money”! haha

After all these years… What’s one trick you cannot do for the life of you?
Opposite Bar spins…

If you had to pick one of the craziest things you have done on your bike… What would you say it is?
I’ve got about 100 different ideas running through my head right now, haha. Probably the triple whip on the MegaRamp quarter. That seems to stand out the most to me right now.

I’m sure this is a next to impossible question, but what do you think you would be doing today if you never got into BMX?
Art. I was a graphic Design major in college before I stopped to ride kids bikes full tine for a living! I’d still be doing something active though, like snowboarding or something fun like that!

What are you usually up to when you aren’t riding these days? Any new hobbies you have been hooked on?
Yeah, I’ve been building a motorcycle! I’m enjoying it, I just wish I had more time for it right now! I can’t wait to ride it around! 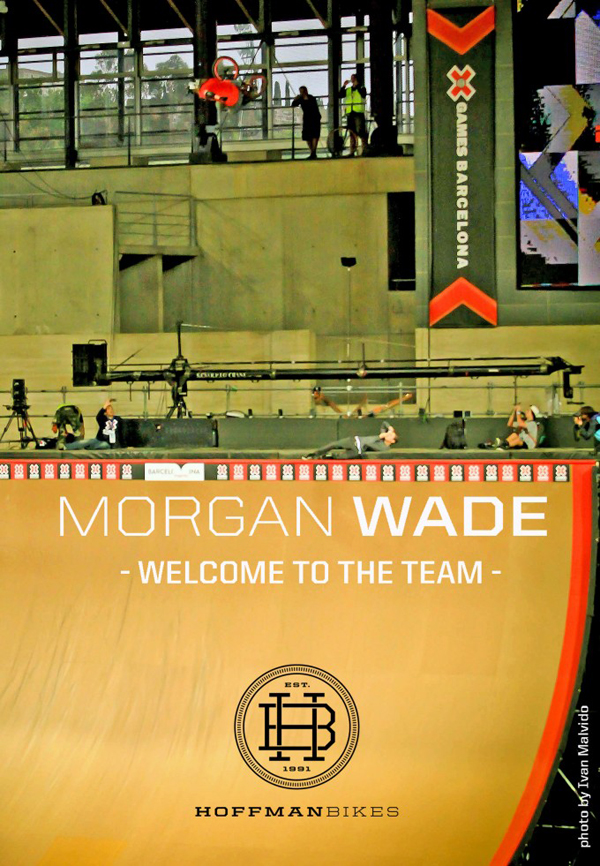 You have worked on your fair share of car projects over the years. Do you have anything you’re currently turning wrenches on?
Aside from the motorcycle, I’ve got a 1981 Z28 Camaro that is my daily driver right now! There’s always a wrench to be turned there! Haha My GTi isn’t running right now ether, so that one is on the list too!

I know you have a pretty sweet gun collection too, right? What are some of the newest additions to that one?
Yeah, I like target shooting and self defense quite a bit! I just picked up a Vepr12 semiautomatic shotgun that is loads of fun! Haha Google it!

This is probably a pretty tough question, but where do you see yourself in 5 years?
Honestly I see myself right where I am now! I want to keep doing this as long as I can, and I don’t see why I couldn’t do this easily for another 5-10 years as long as my body holds up!

What’s something about yourself that might surprise people?
One time I peed 22 feet 7 inches! 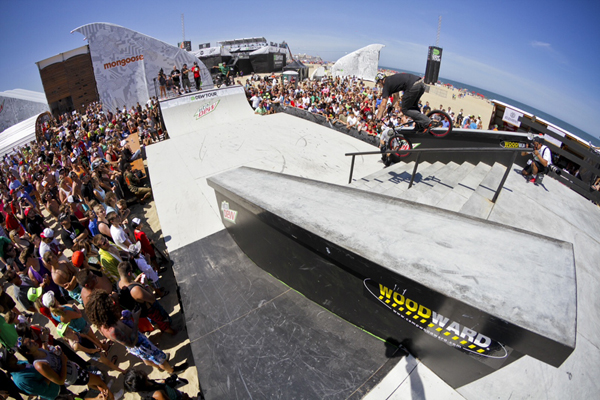 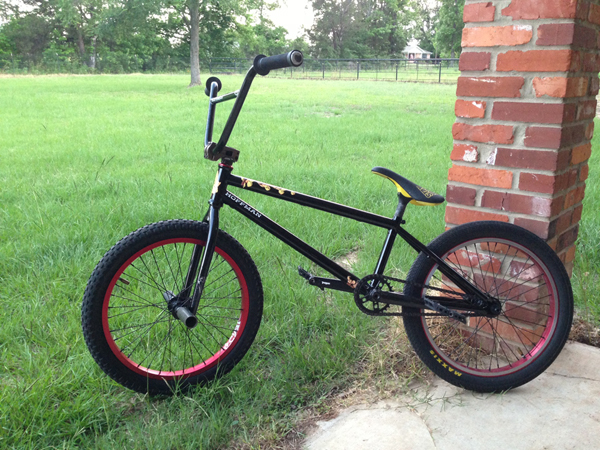 Do you have any shout outs or thanks?
My Lord and Savior Jesus Christ, my Mom Dad & beautiful wife Natalie, HeadRush, Hoffman Bikes, Empire BMX, Maxxis Tires, FiveTen Shoes, MegaRamp, Ethika , Elite Bike Shop, Atomic High Performance, Profile, Bullet Slinger Holsters, all my homies here at home on and off bikes, and thanks for this interview!

Anything I missed you want to say?
“Poopty Peupty Pantz!”