The other week we got a look at the Massive Tokyo Olympics Skatepark for the skateboarding contest. At the time of posting that, we weren’t sure if the concrete bowl park next to the plaza was going to be used for BMX park or not. We figured there was likely another park specific for BMX being built since that would have been weird to have the contest in a concrete bowl style park when all of the qualifiers were on ramps, but we weren’t 100% sure. Well, the other day little hints of the BMX park started popping up, and we came across this park preview that Kostya Andreev uploaded to his Youtube channel. The video is in Russian, but it does give a really good look at the park starting at the 6 minute mark, and you can quickly start coming up with ideas for lines that you might just see. The Freestyle BMX contest at the Olympics is set to kick off with qualifying later today for Women and Mens, with the finals this weekend.

Here’s a photo Risto from Simple Session shared on Facebook as well! 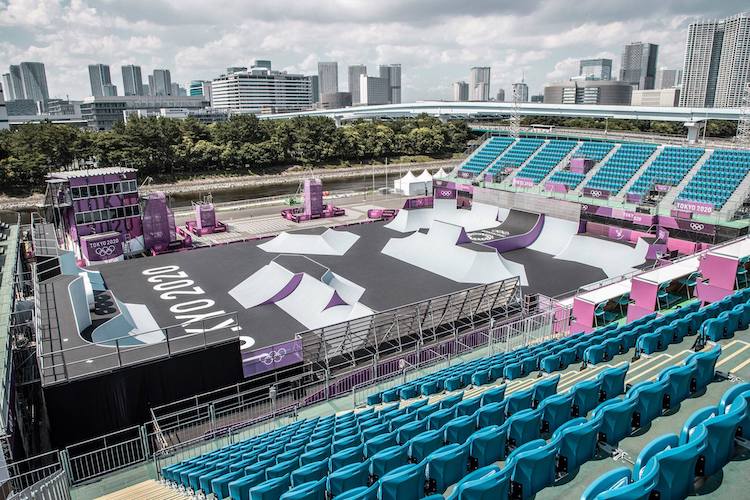