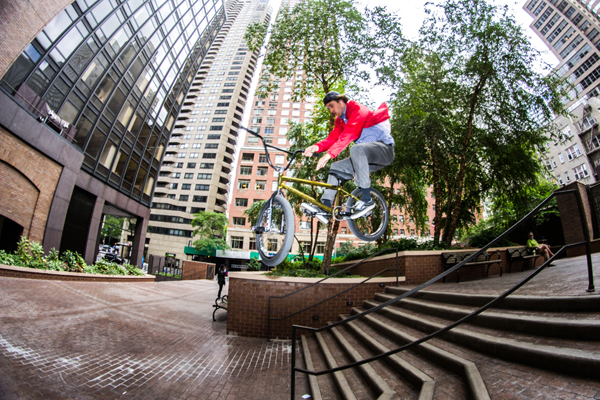 We’ve featured a lot of photo galleries over the past few years. In that time, we’ve been able to feature a lot of photographers, who prior to being featured on the site, had not been featured anywhere else. We’ve seen some of those guys move on and progress and become well known photographers in the BMX world and some have moved on to bigger and better things outside of BMX.
The other day, we received a sampling of photos from an up and comer from the east coast that we had never heard of. That photographer is 17-year old Zachary Honahan. The photos were solid and we saw a lot of potential in his work, so we decided it would be a good opportunity to introduce you all to Zach with 15 of his photos in a brand new photogallery featuring a few well known guys like Billy Perry and Adam LZ along with a few new names like Justin Johnson, Jake Layton and Anthony Zuber. Check it out!