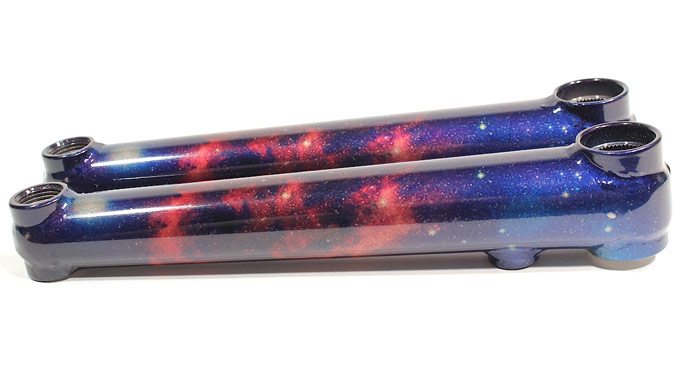 Would you look at that?! Would you just look at that!? (I hope some of you got that)… Madera have decided to expand their Celestial Colorway to their American made Protocol HT BMX Cranks! This now means you can make your hubs, stem, sprocket and cranks match this wild colorway from a galaxy far, far away. But in all seriousness, the new Celestial Protocol HT cranks are available now through BMX shops and mail-orders that carry Madera worldwide now. If not, you can pick yourself up a set direct from the Madera Webstore for $164.95!

We have a feeling these will be selling out just as fast as the other Celestial parts did when they were first introduced, so act fast if you’re trying to get a set!

We want to hear from you! Let us know what you think in the comments below.