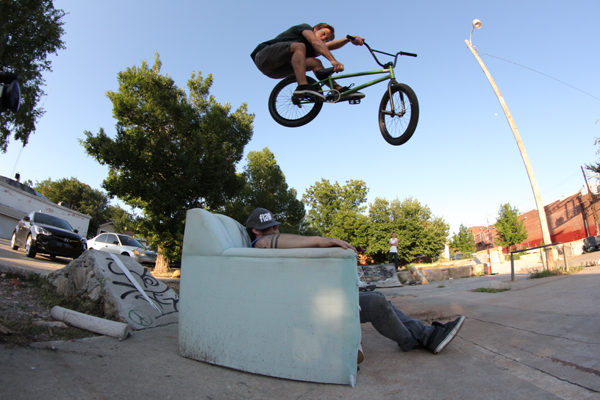 Jeff Wescott has been on the move this past year. Bouncing back and forth between the U.K (sometimes faster than he would like) and U.S along with spending plenty of time in front of and behind the lens. It seems like there has always been something coming from the guy at least every other week lately. A few weeks back he announced that he had decided to step away from the Amity team so I figured it was a good time to get ahold of him to find out what that was all about and what else he has been up to lately. Let’s check out what he had to say!

Alright, so you announced a few weeks back that you had decided to step back from the Amity Bike Co. team after a little over a year with the brand. Did you have another offer on the table or was it just not working out for you anymore?
Well to be honest, it was like a mutual thing. I had been a part of the UK based brand for a year and a half, and things seemed to be going really well… I got the opportunity to travel, a lot, and definitely made the most of it. I enjoyed being a part of the small and young brand, because I thought it would be good opportunity to grow with the company. However, the owners main focus is with other non-BMX ventures, leaving certain aspects of the brand to suffer. After going back and forth with them for some time, it was apparent that we were going in separate ways. It’s no hard feelings with the guys over there, for I really appreciated the opportunity of being part of the program. 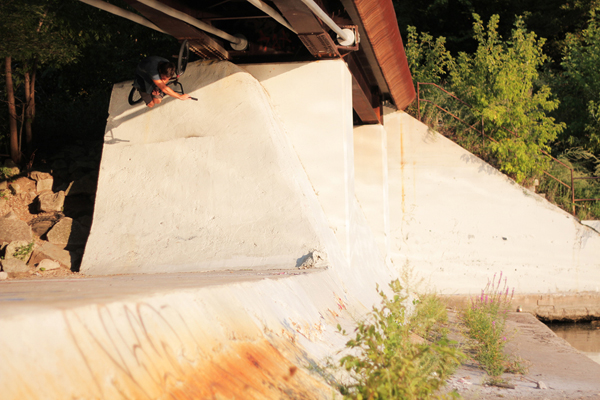 Have you had any offers since word got out? Any “dream” offers on your mind?
No, nothing as of yet. No dream offers either haha… If anything, I would just like to be part of something that would make me able to ride with the homies all the time. I guess we will see what happens…

How are things going with Coalition these days? Do you have any trips, edits or signature parts in the works with them that you can tell us about?
Coalition seems to be looking up. We have some new parts in the works, and some samples on the way from the factory right now. No word of any trips in the immediate future, but I can’t wait to get the team together to get productive!

What’s going on with The Gully Factory these days?
TGF is still strong. As much as I have loved all the traveling this last year, it has unfortunately prevented me and Malouf from getting together as much. Now that things have chilled out a bit, we can get back to focusing on the site more… This year after Thanksgiving, David Grant, Malouf and myself will be heading down to Arizona to beat the weather, ride some amazing spots and work on some Gully related endevours… 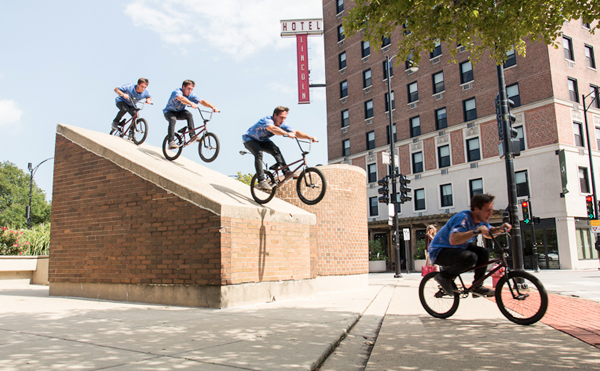 So this past year or so has been pretty crazy for you. You have been given the chance to travel to a whole bunch of places. Where all have you been?
Yes it has, which is one of the main things I love so much about riding… In the last year, I spent two months in the UK, then went back a month later for a UK shop tour that I organized. I spent six weeks in Tenerife, Spain at the beginning of this year. I also made a few trips to around the US to random places like Tulsa, Vegas, California, ect… Good things tend to happen when you stay moving around with good folk. I like to stay on the move as much as possible.

I heard you didn’t have much luck getting into the U.K recently. Care to share the story about that trip?
Yeah, I kind of got struck with some bad luck… I was in a position where I was sitting still at home for too long and needed to make something happen. My boys Malouf, Reed Stark, David Grant and Jeff Cadger were in Glasgow, Scotland at the time with their own apartment, so I earned up some funds and bought myself a ticket to Glasgow for a little over two months. After I got to London, about walk through the border and transfer, I was stopped by a UK border officer. She started giving me all sorts of grief, then detained me for ten hours. At the end of the day, they said I didn’t have the proper work visa, even though I wasn’t going over to work and paid for the flight myself. They just put me on the next flight back to Chicago and before you know it, I was back in Illinois. 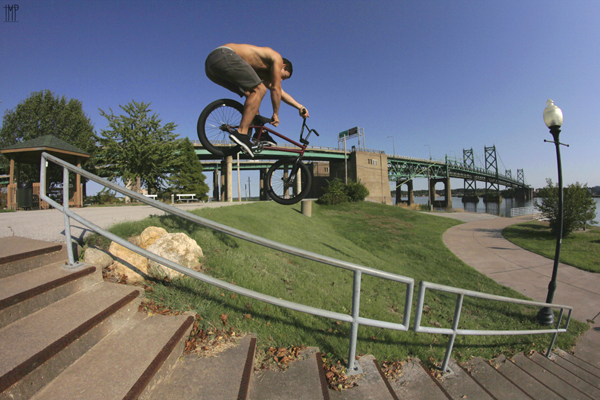 Do you have any other trips coming up here soon? What are your plans for avoiding the Midwest Winter again?
As I mentioned earlier, the rough plan is for Tony Malouf, David Grant and myself to head down to Arizona to ride some amazing spots and work on some TGF related projects.

I know you’re always filming for something? Do you have any edits or video parts in the works? When the hell is that 12:35 video going to be done?
Yes, I love to stay filming! Been filming so much as of late! And yes, I have an edit dropping sometime soon. And as far as 12:35, we definitely have a bunch more work to do on that before we can put a date on it.

What about edits you are working on for other people? Seems like you’re pretty consistent with dropping edits that you filmed and edited.
Yeah, I always help my dudes out with filming when I’m around… Before I left for Interbike, I filmed a bit of Jeremie Infelise and Trent McDaniel for a Division trip to Chicago. I’m currently out in Vegas right now filming an edit of Joey Motta for Felt, as well as an edit of Matt Closson for Diamondback. Also, I have a TGF edit of myself to piece together and some TGF Clippeaches to drop soon. 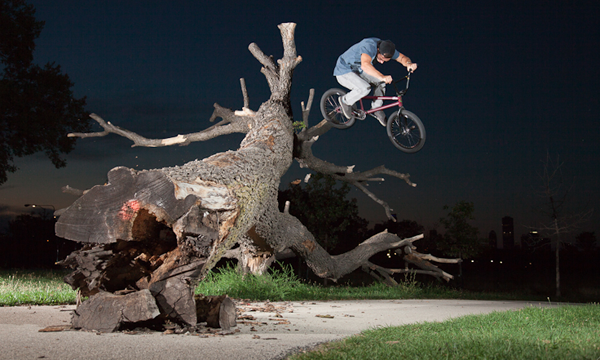 What have you been up to when you aren’t riding these days? Any new hobbies or anything like that?
I like to stay productive in one way or another. If I feel like what I’m doing is worth the time, then I’ll usually get in to whatever. I have been juicing like crazy in Vegas with Joey Motta and Matt Closson lately, I suppose you could call that a new hobby. Other than that, if I’m not out riding/filming/editing, I’m usually just cooking up some bomb food or something like that…

What is the last song you heard, movie you watched and website you visited?
Sister Nancy – BAM BAM. Tombstone. Gmail.

Do you have any shout outs or thanks?
Shout out to all the riding homies for keepin’ me going. Shouts to all my family. Shouts to Mark from Coalition and Kyle from Osiris. Shouts to my loved ones.