Watching this, all I can think about is why I laugh when soccer players fall to the ground and act like they’re dying after a little love tap. Jed and Gypsy are absolutely insane and this is proof that they are really not scared to send it! Check it out!

“After creating two of the biggest dirt jumps in the world down on the farm in New Zealand, all Jed Mildon and Gypsy have to do now is to start landing tricks over them.

Six months later, after a long season of travelling the world with the Nitro Circus, Jed is ready to start back with the crew. However, throwing the high-risk, technical tricks results in some brutal crashes and forces the boys to really dig deep.

Watch the video above to see the complete final episode of Dirt Dogs, a three-part series focusing on the building of some of the world’s biggest dirt jumps, and then breaking some records. 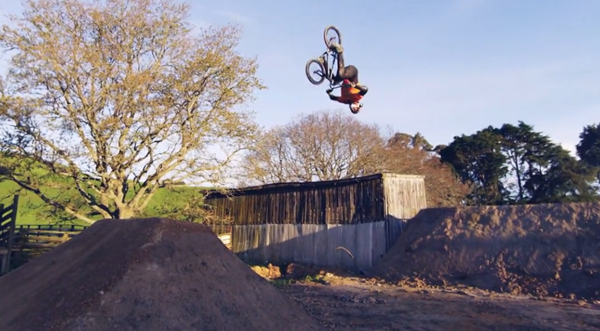