Holy crap… Jef Mildon and his crew are absolutely nuts! Expect more of this from Red Bull soon.

“We’ve been excited about this for a while now, but we’re finally on the verge of bringing you the finished episodes of our Dirt Dogs project. The idea was pretty straightforward; let Jed Mildon and his mates build the biggest dirt jumps ever and film/shoot whatever happened next.

The reality was a lot more difficult to get to grips with, however. When it comes to building jumps this size, time, weather and physics can conspire against you.

If they could build them and if they could ride them, however, Jed and Gypsy could write their names into the history books. Stay tuned next week for the thrilling first episode of Dirt Dogs.” 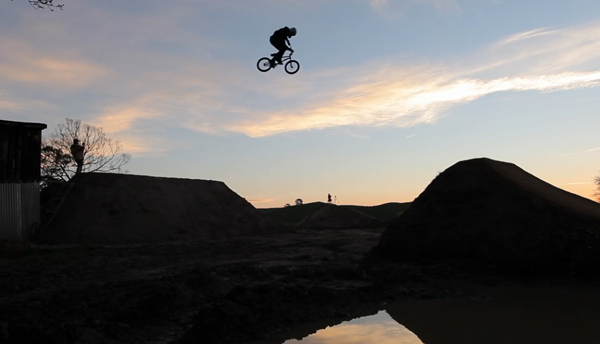