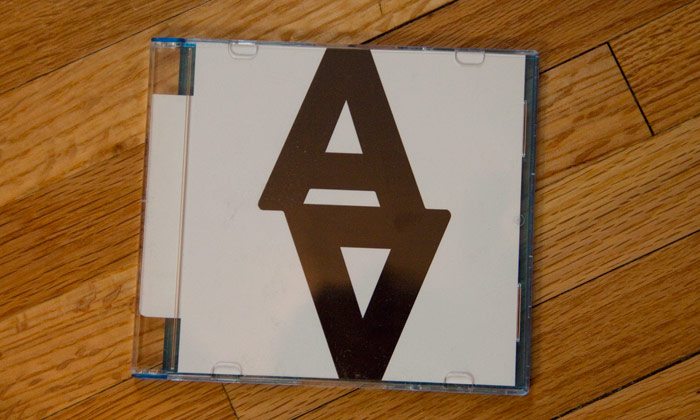 It’s not all too often that we get a BMX video shipped to our front door these days. We’ve seen actual copies of BMX videos go the way of magazines, becoming fewer and further between, but it’s just one of those things we love seeing. Plus, anything that gets us away from the computer screen for a bit is always a treat.
The other day we received a package from the crew at Atlantis Vancouver up in Canada with their “Battle of the Birds” DVD for us to take a look at. It was a little slow today, so we popped the video into the DVD player and took a break to check it out. If you’re looking for a new video for the price of free to pick up, take a look…

Going into this one, we had a pretty decent idea of what to expect since we saw the Battle of the Birds promo, which had a pretty similar feel to the The Make’s “Eye Sore” videos since, well, it’s pretty much the same crew putting this one together.

Battle of the Birds is pretty straight forward and simple. Very minimal graphics and titles… When we say minimal, there’s a title at the beginning, zero rider titles throughout the video and then credits. We can appreciate that since there’s nothing worse than over done graphics. However, it would have been nice to get some titles for riders, since it was sometimes hard to keep track of who was riding.

The video is essentially a big mix of footage featuring Jordan Hango, Greg Flag, Carl Arnett, Owen Dawson, Andrew Schubert, Matt Desson, Luke Santucci and Brad Hill for the most part with a bunch of others tagging clips all throughout the video. With a line up of some of Canada’s finest, it’s safe to say the riding doesn’t disappoint. Like we mentioned above, names of the riders throughout the video would have been helpful, but then again it was one less thing to distract us from the riding.

Vancouver is undoubtably one city that is loaded with spots all throughout the city. This video features plenty of riding on unique setups from jersey barriers to banks, rails, ledges, gnarly gaps and drops from there and I believe some other spots around British Columbia. There’s zero skatepark and trails footage… This is 100% street. It has a real raw look and feel that we’ll get into below.

If you have seen the Eye Sore videos, there’s a good chance you are already aware that the filming department can be a little rough around the edges. It’s safe to say these guys didn’t bust out the glidecams and 4K cameras for this one, giving it a pretty raw and straight forward feel that shows what went down without too many bells and whistles to make it look pretty. They strapped the fisheye on, hit record and let the clips pile on. The soundtrack is a good mix of classic tunes that range from hip hop to some more classic songs keeping things changing up from start to finish. I’d tell you who the artists were, but they weren’t included, haha.

They didn’t get fancy with the DVD case or anything… Just burned a bunch of copies to cut down on costs, which is why it’s being given away for FREE. We’ll talk about that below. 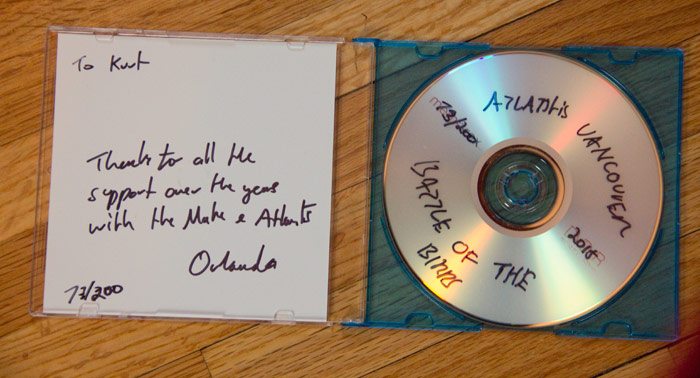 Overall, despite the review probably coming off on the negative side, we enjoyed it and it’s one of those videos that you can pop on before you go out for a cruise. It runs for 23 minutes and it is all riding from start to finish without much extra. There’s no title page, it just goes and continues to loop until you decide to turn the DVD player off. Plus, for the price they’re offering the video for, it’s not a bad deal at all.

You can pick up “Battle For the Birds” for free with all pre tax, pre shipping cost sales of $19.99 or more at the shop or direct from the Atlantis Vancouver website. They’ve only made 200 copies, and we have one… So, that means there’s probably fewer than 199 left. Get on this right away if you’re looking to add a fresh one to your collection! Just remember making a purchase from these guys is supporting a BMX shop that is doing things right!

So, that wraps it up! Shout out to Orlando and the entire Atlantis Vancouver crew for putting this together and hooking it up with a copy!