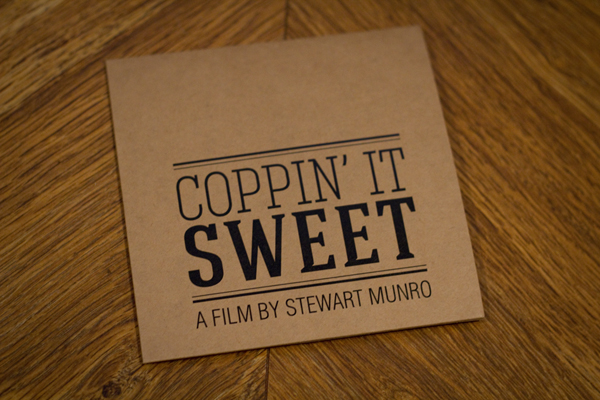 Over the last two years or so, our friend Stewart Munro has been busy working on his latest film project that we have come to know as “Coppin’ It Sweet”. Stewart has been the guy behind the lens for a handful of film projects out of Australia with full length videos like the “These Days” video and Colony‘s DVD they released about 2 years back. Needless to say, going into this I was very familiar with Stewart’s work and had a good idea of just what would make up his newest video.
I recently got my hands on a copy and figured it would be a good idea to put together a little review for you guys that are out there looking for a new video to keep on replay in your DVD player. So what do I think of this one? Let’s get into it…

If you have been paying attention to the Daily Section, there’s a good chance you have been seeing Stewart’s name popping up with some quick one-clip edit as of late. That’s because he had been releasing random clips that wouldn’t be making it into the DVD like these clips of Clint Millar and Jason Watts…


Going into the video, I had a good understanding that the video would be similar to his past “These Days” video which was primarily all Australian riders putting down riding on their local spots with some United States action mixed in for good measure. As I had predicted, The “Coppin’ It Sweet” video has a similar concept with full parts from heavy hitters Raph Jeroma-Williams, Jerry Vandervalk, Mitchell McDonald, Marc “Marnold” Arnold, Calvin Kosovich and the legend, Clint Millar. This line up in a strong mix of styles from some of the most progressive street guys the country has to offer these days along with that classic front brake magic from Clint to really mix things up properly.
There’s also a mix section that features the likes of Jason Watts, Alex Hiam, Rob Wise, Tom Stretton, Mick Bayzand, Kym Grosser, Steve Lyons, Chris Finnigan, Chris “Danger” O’Donnell, Cooper Brownlee, Ryan “Biz” Jordan, Jack Elkins, Dave Dillewaard, Zac Miner, Pete Radvio, Chris Courtenay, Gonz, Daniel Johnson, Dylan White, Renald McQueen, Carraig Troy and Anton Ayres.

Obviously looking at the rider list, we’re seeing a big mix of riders from a handful of countries, but the majority of the guys are some of the bigger, well known guys pushing things down in Australia. Most of the guys with full parts in this video are some heavy street riders and needless to say they did not disappoint when it came to the riding or the spots they found for this one. I really haven’t seen a lot of footage from Mitchell McDonald other than his edits since the launch of Division Brand, so seeing a full part out of him was good and he definitely impressed me with what he came up with. I also really liked that Clint Millar had a full part. Clint might be the “old guy” in comparison to everyone else in the video, but damn did he come through with some incredible front brake riding… Maybe he was the only one with brakes? That might be right, I am blanking.
Raphael Jeroma-Williams had the ender part for this video. Over the years we’ve seen a lot of footage of him and he’s one rider that doesn’t disappoint. This part was awesome and some of the best riding we have seen from him. I’d say between him and Clint, I’m in a toss up as to whose part was my favorite. Clearly they have entirely different styles and come from complete different generations of riding, but still.
Overall, when it came to the riding I don’t think any of these guys disappointed and I was real impressed with who Stewart chose to have full sections in the video. 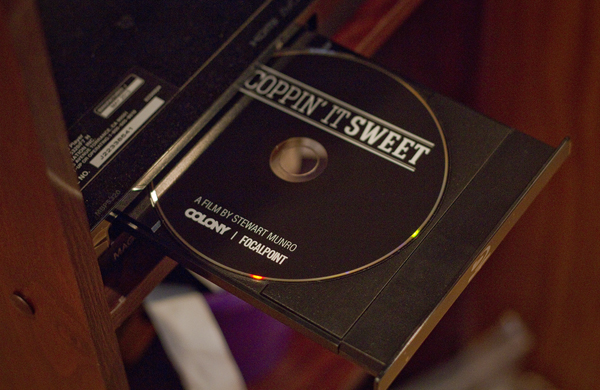 The music in this video was a bit of surprise, but I REALLY enjoyed the change of pace compared to most of the videos that features either rap or rock… This video features a bunch of laid back, classic tunes that really gave this video an awesome feel. Now, I know this music isn’t going to be for everyone. The sound track consists of….
Lay Lady Lay by Bob Dylan
Autoluminescent by Rowland S. Howard
Tell Me a Tale by Michael Kiwanuka
Wicked Game by Chris Isaak
Help Is On The Way by The Whatnauts
It’s In The Way That You Use It by Eric Clapton
Day of the Lords by Joy Division
Snow Blind by Black Sabath
Pictures of You by The Cure

All songs which are definitely in the classic department and all really laid back and good feeling songs that you just don’t hear all that often anymore. Like I said before, I was a big fan of the music selection for this one.

I had a pretty good idea of what to expect in the filming and editing department from Stewart. I’ve seen his full-length videos and I’m sure I’ve seen just about all of the edits he has put out in the past as well. Stewart’s film work is unique because it’s not VX and it’s not strictly HD. You can find a mix of 8mm and 16mm film footage along with the crispy HD footage. These classic forms of film are really nice touches to go along with the music as well for that classic vibe.
Another aspect I really liked about the video was the intros. Each section has a unique and creative introduction for the rider that I’m assuming relates to the rider and their interests, but is completely away from BMX and the traditional crash, swear, high five thing we see a lot. Creativity and originality is always a big bonus when it comes to DVDs and really any videos in general! 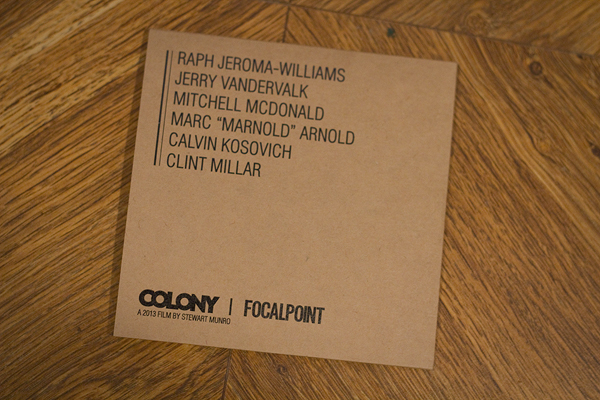 Overall, if you haven’t caught on by now, I don’t really have anything negative to say about this video. This video had taken a while to get done and it’s clear a lot of effort and thought went into it too. The overall vibe was great, the riding was dialed as expected and it was put together really well.
Do I think it’s worth picking up? Yeah, I think so. If you’re into what the Australian scene is getting into and looking for something with a different feel and vibe than we see in most videos these days, then this is one worth getting your hands on.

You are here: Home / Reviews / Review: Coppin’ It Sweet DVD