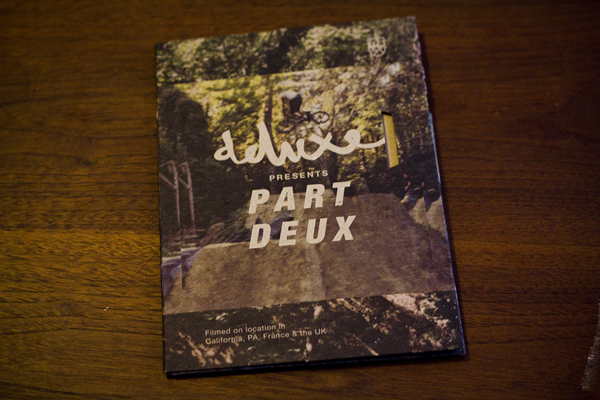 Going into the video I had a pretty good idea of what to expect. I knew Mark Potoczny and Jeremy Ball spent some time over in the U.K and France a while back, so I had a feeling it was part of them meeting up with the rest of the team scattered around the U.K and France to film for this new video. If you recall Deluxe’s first video, Welcome To Deluxe, it was based entirely around a team trip where they bounced around to different sets of trails around the U.K and France. Pretty much the entire time, they were fighting the weather but still managed to come through with a really sound video. I wasn’t really sure what the approach would be for this time around since I know the crew had more time to film for this project this time around. 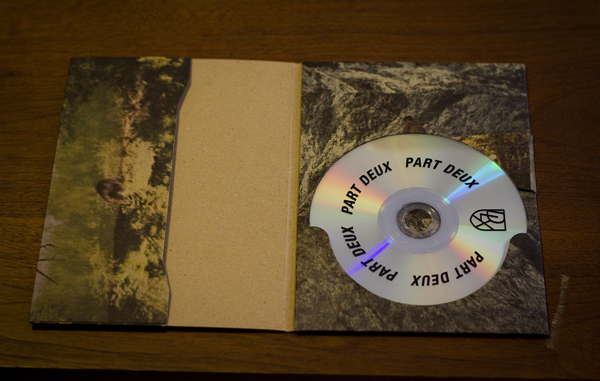 The video opens up with a real cool intro featuring Mike Saavedra that ultimately leads into a section consisting of Mike and his brother Sal, along with a few friends, getting some riding time in at the very well maintained Blue Bench trails in California. Needless to say, this place is perfect and a real good way to start off the video. I’m glad they made enough time for Mike to film for this project since he joined the team a little later into filming for this video.

Following Mike’s section, the video crosses the U.S to Pittsburgh, Pennsylvania to for a section based on Mark Potoczny’s backyard trails setup. Anyone who has been to the Potoczny’s house knows that it’s definitely one of the best backyard trails setups around with plenty of lines that string across a couple acres. I was really stoked on this section, probably just because it brought up really good memories from my trip there a few years back. I was a little bummed there wasn’t any footage of Mark’s brother Mike! That would have sealed this deal for sure.

The video then jumps back across the pond to Frog’s home trails of Villij. This section was a little shorter than the other two, but it has a really cool feel to it and the trails are definitely creative and look like an amazing time to ride. There’s nothing better than watching somebody who has invested so many days of their life into a spot ride it, because they know every single inch of the lines. Frog does just that and it’s real good.

Just when I thought they were going to give a section to each team rider at their local trails (which would have been awesome), the team trips sections start kicking in. These sections start out with the Hills & Mountains spot which is a backyard setup that looks to be very well maintained. Jeremy and Mark did a proper job of riding this spot. Following that we get a look at Max Bimar’s Peynier with the team, Pinard, Hoppy trails, La Source and Flynac trails. Each of these spots were part of their team road trip which featured the likes of Mark, Jeremy, Max, Frog, Greg Van Tulder, Pom Pom, Sven Grieten and Alex Boyd. Since I kind of rushed through this I don’t want you to get the wrong idea. Each set of trails they visit are absolutely phenomenal and are unique to the riders styles that call these places home. I just know I could go on and on about how good each of these places are, so I’ll just keep it simple and say if you want some trails porn, this is where you look.

The riding in the video is so on point. If you are looking for tailwhips, grinds, flip whips or gnarly circus tricks, this isn’t for you at all. This video is loaded with style and flow, 360’s, turndowns, lofty tuck no handers and toboggans. I believe there was only one barspin, one or two backflips in the video and I don’t even remember seeing a single tailwhip… That’s what I was hoping for too! Simple and loaded with style! Prior to this, I knew Max Bimar was good and I knew he had some serious style, but after watching this video I’ve become a much bigger fan of his riding. So much style.

The filming and editing from the video was handled by Patrick Best. There were a few extra filmers like Aaron Nardi, Rob Palmer and Jeremy Deme who pitched in some extra clips of guys like Mike Saavedra and Dylan King (bonus section) also. Some of you might remember the interview we dropped with Patrick a few months back. In the interview Patrick talks about filming for the video and he mentions the luxury of having more time to film for this video versus the last one. I think it’s pretty clear that this lead to some real proper filming and now that he isn’t stressed over school and other projects, the editing came together a lot smoother as well. I was definitely really impressed and looking back I see how much he has progressed in that time with his work. Nice job, Patrick. 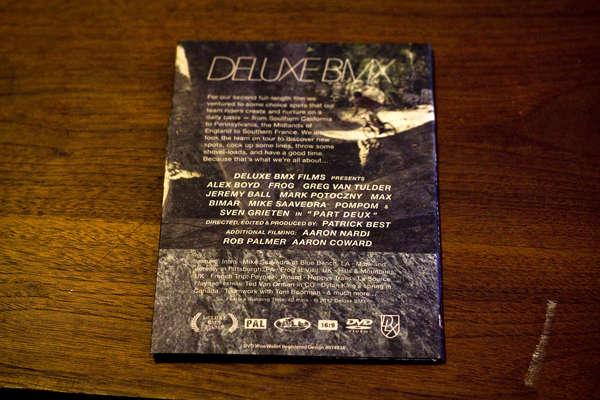 Overall, I personally really enjoyed the video. I think anyone with a history of trails riding and building will really appreciate this one from the simple riding down to just getting a look at all of these different sets of trails and just letting your mind go wild on what you would want to ride build or replicate at your own trails. I enjoyed the sections of the guys getting riding in at their home trails. I definitely could have done more of that! Do I think this video is for everyone? No. This one is definitely for the trails lovers. I’m not saying you shouldn’t check this out if you are a street and park rider, I’m just saying that I don’t think any of the riders are brakeless and now that I think about it, there weren’t all too many pegs on any of the guys bikes. If you are into style, flow, really classic tricks and thinking about getting into trails, this is definitely something worth your time to check out though.

You can currently pick up the DVD direct from Deluxe for £7.99 (about $10 u.s). I’d imagine Dan’s Comp will have a few copies soon as well. Hopefully they get their new U.S distributor lined up so shops can get some orders made. Until then, shops over here should hit up Deluxe direct to get the videos in their stores!