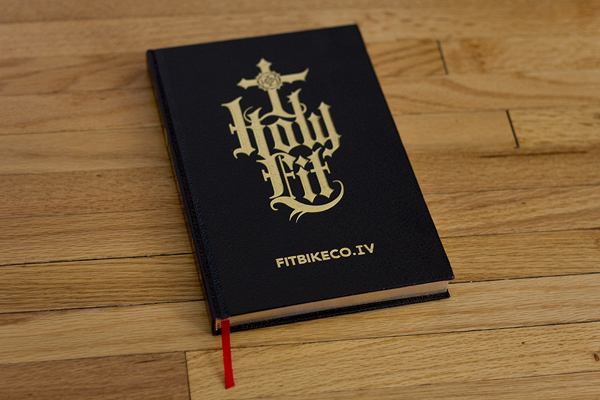 In this day and age, thanks to the advancement of technology we are constantly flooded with new videos from around the world all day, every day. The concept of a web video has a lot of different meanings and obviously a lot of quality differences between total shit and “why isn’t this on DVD?”… Every year, we see fewer and fewer DVD’s released due to many factors, most of which come down to money and the reach a video has as a hard copy versus being released online. Despite the cost effectiveness and the simplicity of releasing a video online, there is still a clear reason why DVD’s are being produced, and that’s because the quality is far beyond something that deserves being watched for a few days before it is quickly buried and forgotten in fast moving river of online content.
We have been hearing about Fit Bike Co.‘s 4th DVD release, “Holy Fit”, for quite a while now and we were excited for a lot of reasons about the video being released. Once we saw the final product, it was clear that this video wasn’t just another video project that costs had to be cut to make happen. Let’s talk about this for a little bit…

Personally, I feel that DVD’s have lost a lot of their appeal because there isn’t much of an incentive for riders to go out and actually pay for a video when they already have hours on top of hours of new footage to look at every day. I have seen a lot of DVD’s in my day and it’s generally pretty easy to predict what the physical copy of a video will look like; a plastic DVD case with a sleeve cover that has a DVD and maybe a few stickers inside. Just looking at the “Holy Fit” “case” it’s pretty clear that they have gone above and beyond to do something original, unique and quite frankly make you want to throw your money at it. As you can see above and below in the pictures, the “Holy Fit” DVD is not just a video and some stickers. They have produced a full on hard back book with 200 pages of photos from the time the team spent stacking clips for this video that looks similar to that one book, the Holy Bible.

Flipping through the book, it’s pretty easy to see that the Fit team is a unique squad with legends like Van Homan, Brian Foster, Mike Aitken and Justin Inman, established guys like Shawn McIntosh, Tom Dugan and Ben Lewis down to some of the “newer” faces like Justin Spriet, Dan Conway and Brandon Begin who have really caught our attention over the past two years or so. The book highlights each of these guys well and shows there were a lot of miles clocked to make this video happen. I can only imagine how many photos were taken throughout the whole filming process and how hard it was to narrow it down to fit on 200 pages. 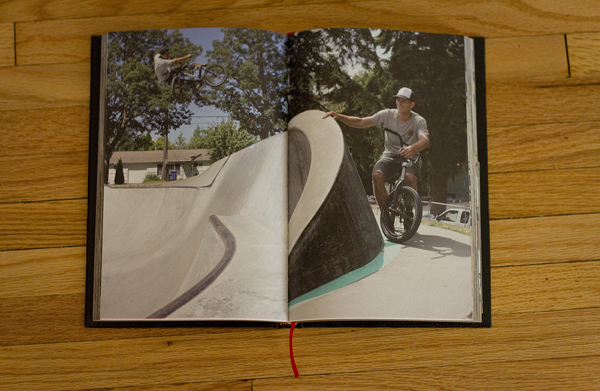 Going into the DVD, I already knew that this video needed to be on DVD… With the line up that Fit has working with the one and only Stew Johnson, it was obvious the video was going to be packed with footage that didn’t deserve to be dumped online.

Personally, going into video, I was excited to see Dan Conway, Justin Spiret, Jack Eilken and Jordan Hango’s sections because we’ve been seeing footage of these guys for quite a while, but really felt like they didn’t quite get the shine time they deserved to show everyone just what they could do. Needless to say, each of these guys took full advantage of their opportunity to film for this DVD and came through with amazing sections. I was really blown away by Jordan Hango especially.

I don’t think I need to go too in-depth for the rest of the guys that have full sections… I will say between the timeless Brian Foster section, insane Tom Dugan footage (I’m pretty sure “Holy Fit” was thought up watching him stack clips), the HEAVY two-song part from Shawn McIntosh that will blow your mind and Van Homan’s almost unexpected (if you think Van is getting “old”, think again) BANGER of an ender… You will quickly understand why this DVD is well worth the money.

Further more, Florent Soulas and Pat King teamed up for a mix section, Jared Swafford, Brandon Begin and Matt Nordstrom have a mix section and Justin Inman, Mike Aitken and Cristian Porras also share a section. Each of these sections are diverse from each other with Florent and Pat’s style of riding being so unique, the heavy street footage Jared, Brandon and Matt cooked up and the undeniable style of Justin, Mike and Crisitian’s riding on trails and parks. I think Stew did an amazing job with putting these sections together.

Finally, there is also a family section in the middle of the video that includes riding from Joel Barnett, Jim Borio, Angie Marino, Travis Cordova, Jake Frost, Andrew White, Gannwear, Nick Bott, Tyler, Butler, Julian Sanchez, Troy Blair and Morgan Long. We’ve seen footage of all of these guys (and lady) in the past and they don’t disappoint! I was actually pretty surprised we didn’t see a full section for a few different people in this group, but there’s always a lot of factors involved like filming time, injuries, etc. Regardless, there’s a lot of heat in this section. 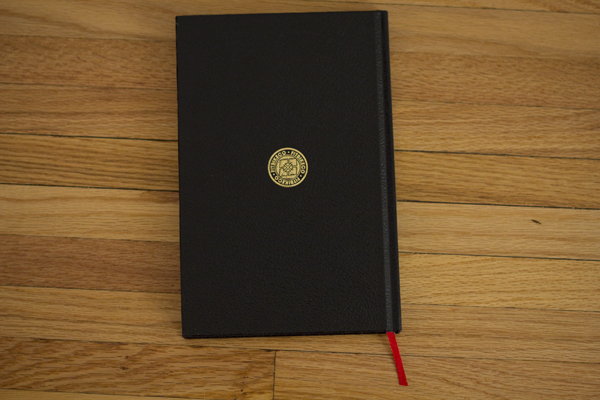 I think by now that it’s pretty obvious that the filming and editing in this video is more than dialed. Stew, along with the help of a pretty long list of filmers like Andrew Brady, Will Stroud, Josh Harrington and more, did a great job capturing the footage as expected. Stew’s impressive list of videos that he has produced over the years is one big reason why I knew that this video was going to be on point in the editing department long before the video was even close to being done as well. One big thing I really liked was the music selection, which was primarily all classic tunes from when music was real, with the exception of one rap track which I expected to hear at some point. There were a few songs that I was surprised to hear based off what I can imagine it would / did take to get it cleared, but overall stoked on the soundtrack for this video as well. Also, shout out to Chris Rye for the DVD authoring! 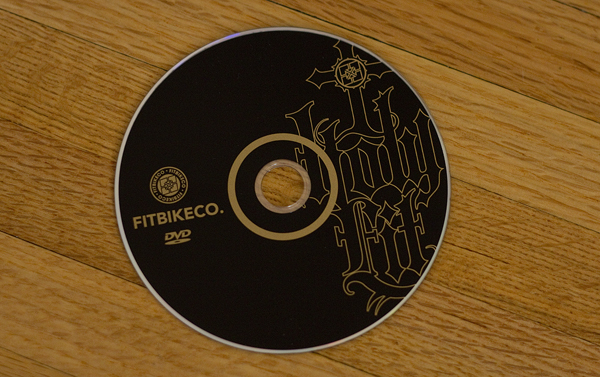 So to sum this up, “Holy Fit” was a video that lived up to the hype that it has been getting for quite a while now and I think everyone that gets the chance to see it will not be let down. Do I think it’s worth buying? Hell yeah. I enjoyed that the video a lot and dug how diverse it was riding wise. There was some unreal footage that I can imagine people will be talking about for a long time to come as well. The presentation for this video with the book was a huge bonus and I think that it is a really good example of what kind of quality it will take to make a DVD worthwhile to pick up versus waiting for it to drop online down the road this day and age. What’s even crazier is that the price is way below what I really expected it to be with the book and everything.

You can pick up “Holy Fit” for $19.99 on Dan’s Comp now, or you can have your local shop get ahold of The Building Distribution to get you a copy ordered up today!