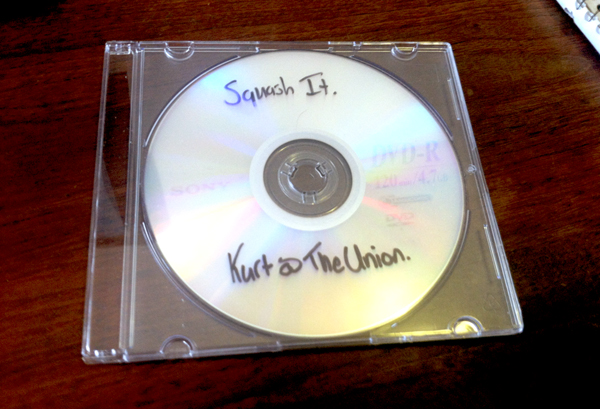 There have been a handful of videos coming out lately that I have been excited about checking out. One of the perks of dong The Union is from time to time I get lucky and get the chance to check out these videos I’m excited about a little earlier than most people. Last week I received a copy of the new Kink “Squash It” DVD to check out. Obviously, this is one of those videos that I had been itching to check out because of a number of reasons like the stacked team, Darryl Tocco was once again behind the filming and editing and that almost infinite travel budget they seem to be working with that takes them to some amazing destinations. Combining all of those things can only lead to a good thing, right? Here’s what I thought…

Alright, going into the video, I had a lot of assumptions of what I could expect. I mean, Kink is good about keeping people in the loop with what their team is up to, where they are going and the things they are working on, so it’s not like it was a huge secret by any means. One of the things that stood out to me about this project was that it appeared that they were able to make this video according to their plan and timeline of when it should be done, which believe it or not is becoming harder and harder to do just because how fast BMX moves these days. A lot of DVD’s are starting to take 2 or even 3 years to happen and from what I’m assuming this one took just around a year to complete. Maybe I’m a little off since I have a fairly bad sense of time but still. It all seemed to roll along smooth without any massive team shake ups, filmer / editor changes or delays due to some unexpected catastrophe that seems to happen fairly frequently in BMX.

So this is kind of a rough run through of the video. I don’t really like this part of a video review because it’s pretty hard to explain things without giving any sort of real details away. But, let’s see where this goes.

The video was started off with an almost expected bit of news that, well, I don’t think should catch people off guard. Little Dan Coller has grown into a full blown man and moved up in ranks. He’s not apart of the AM team and they announced it with an opening section giving you plenty of reasons as to why they made the decision. This guy ain’t scared of rails, that’s for sure!

Following the intro is another classic part from Chris Doyle. Over the years Chris has produced a lot of video parts and his timeless tricks have always made for some excellent footage. I don’t think I need to explain what caused another part filled with awesome, but I will stress that it’s not going to let anyone down because there are some surprise bangers for sure.

Aaron Smith was next up to bat and anyone who has been around BMX the past few years knows that he’s definitely earned his spot on the pro team and that he’s still progressing and becoming an even better rider with every trip around the world he gets to go on with the rest of the team.

Darryl Tocco was a busy dude for this video… Not only did he handle the majority of the filming and all of the editing, he was able to come through with a damn good section that was one of my personal favorites from the video. It definitely left me wishing I could ride more like him and that he still has the best barspins in BMX. I’m standing firm on that last part of the statement too.

The first mix section in the video features a lot of their AM / Flow guys. The part has footage from Albert Mercado, Gabe Brooks, Jacob Cable, James Steele, Ryan Wert, Adam Baker, Jay Roe (TM), Wayne Hartman, Matt Clark, Phil Demmattia, Ben Basford and Matty Miller. This section was awesome, but it honestly made me wish there was more. I honestly would have loved to see a full part from Albert Mercado and Phil Demmattia. I honestly thought there would be a full part from Gabe Brooks and I’m sure if Jacob Cable was given a week he could have produced an entire part. Not to discredit the other guys in this section because they all brought some awesome riding to the mix, I am just saying it would have been nice to see more of these guys, haha.

Following those guys up is Lloyd Wright who has been on absolute fire since before Kink bumped him up to the pro team. There’s no denying that giving this guy the opportunity to travel so much has done nothing but made him an even better rider. This part doesn’t disappoint, that’s for sure.

Ben Hittle is one dude who I honest to god feel is still SOOOOOO under rated. I could go on and on about that dilemma, but I’ll just say his section is packed with style for miles and if you don’t get stoked on this, you need to get tested for insanity or have a swift kick in the nuts to wake yourself up.

Following up Ben is even more style. I should just call these guys the style trio. This part features Chad Osburn, KC Badger and Tom Dillon. If you like style and speed and would rather see a clicked X-Up or Turndown over a barspin and whip this is the one for you. Between roasting bowls, cruising trails and monster trucking street spots, I think these guys came through with some real good clips. I will also say that the last clip in this part will make your butthole tighten up and then cause an unexpected “holy shit” to come out of your mouth.

Sean Sexton’s part is one I think everyone is looking forward to. Does this guy ever disappoint? The answer is no. Once again Sean came through with a killer part that’s loaded with his smooth and almost effortless style. It’s Sean’s ability to make super difficult tricks look way easy that is a clear reminder as to why he’s on so many peoples favorite rider list.

If you haven’t figured it out yet, the highly respected ender part was earned by Tony Hamlin. If you haven’t realized how insanely good Tony is by now, you’re blowing it because I was telling myself this part has to be in the running for the NORA Cup video part of the year halfway through. With an almost astonishing lack of bike throwing and excessive number of “DAMN!” clips, this is by far my favorite section from the video. All I can say is that this part is loaded with heat and there’s no way you won’t be impressed.

So that’s a pretty quick run through of the sections in the video. If you haven’t caught on yet, the video is stacked! 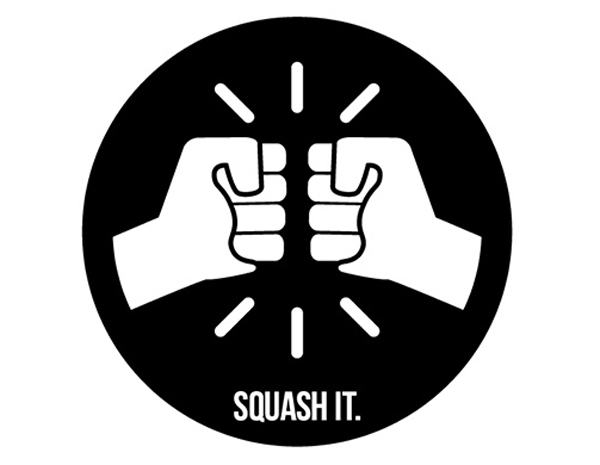 As I mentioned above about 20 times, the team has clocked in a ton of miles the past few years and this video definitely shows a good amount of where they were. I’m not sure exactly where they all went, but there was definitely a lot of footage from Pittsburgh, Arizona, California, Texas, China(?) and Barcelona. I’m sure I’m missing a ton of places that required passports, but we’ll just say these guys were all over for this one.

The filming and editing was handled mainly by Darryl Tocco with some assistance from Jay Roe, Will Evans, Ben Green, Walter Pieringer, Will Stroud, Christian Rigal and a few others. The video was pretty consistent with a good mix of fisheye and long shots. I think by now we all know that Darryl is damn good at what he does and his shots are well thought out and put together properly. I did notice that Sean’s section had some extra super HD slow mo lifestyle type shots that you don’t really see in the rest of the video. Not to say it was a bad thing, but it just stood out to me. I’m kind of curious as to how that came about. I have a feeling Will Stroud might have shot those clips…
The video as a whole had clean shots, good colors and the editing was kept pretty straightforward without any excessively obvious additives like film burns. Dave Fortman handled the motion graphics and he kept it real simple and straight forward as well. I’ve said this a bunch over the years but excessive editing and motion graphics is a huge negative in my opinion, so I was stoked on this one for sure.
Overall, I think Darryl did another phenomenal job with this one and has added another video he should be proud to show in his resume.

The music in the video was another thing I was a fan of. All of the music in this video was new to me and I think it went really well with the video. You can find songs from Mondo Drag, Graveyard, Science Vs Witchcraft, Whirr, Arcadium, Murder By Death, White Lung, Bear in Heaven, Swans and Atlast Sound.

The entire video runs for just about 45 minutes from start to finish as well. You can find a bonus section that includes both trailers, the U.K shop Tour, Boston to Montreal shop tour, Behind the Scenes in Thailand, Tony Hamlin Solace Frame promo and two edits from the France trip they took in 2011.

Overall, I think Kink did a great job with this video. Do I think you need to check it out? Definitely! It has a little bit of something for everyone from the streets to the cement parks and trails. The video doesn’t have the crazy Dew Tour / X-Games triple whip to barspins tricks in it and is all about style and the technical riding. I personally was a huge fan of the video. Obviously, my wish to see more from certain guys in the video would have been great, but I don’t think that should hold this video back at all since the pro team all came through with some awesome parts. I just hope my prediction of Tony’s part making it into the video part of the year contenders stands true.

As of right now, the video is not out, but it should be real soon. So I’d suggest you set aside a little bit of money to pick up a copy. Until then, Kink have a shit ton of premieres lined up worldwide for you to get a chance to see the video before it’s out. CLICK HERE if you are in the U.S and Click Here to see the list of international premiere locations!

So that about wraps it up. I hope this rambling non-sense made some sense and gave you an idea if this is something worth seeing or not. You can find out more about Kink, the “Squash It” DVD and their products by visiting their website — KinkBMX.com. Below are the trailers!