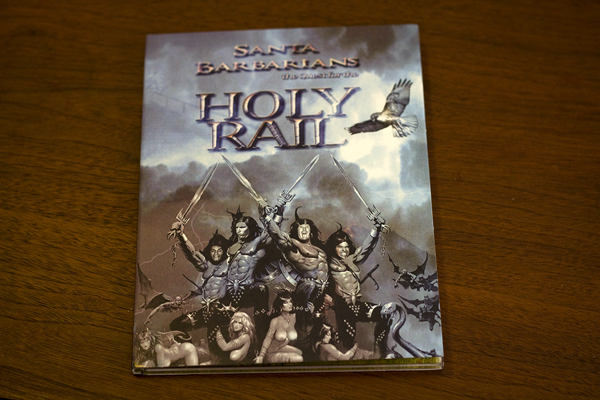 A few weeks back, I got an email from Chris Arriaga about a new DVD coming from the crew down in Santa Barbara, California. The title, “Santa Barbarians: The Quest for the Holy Rail” not only is a unique name, but it kind of gave it the feel that this video would be legendary. Since I had a pretty good idea of what the guys in that area are capable of, I was definitely excited to check out the video. It showed up in the mail the other day, so I figured it would be a good idea to toss up a review for you guys to take a peek at. Let’s see what I thought.

Looking at the cover, it’s hard not to crack up a little bit. They definitely put some work in on photoshop to make this cover look like it’s straight out of Arnold Schwarzenegger’s highlight reel. Once again, leading me to believe this video is to be pretty legendary.

The video is loaded with street, skatepark and trails spots from around the Santa Barbara area that all of these guys are able to produce some real solid riding on. It’s hard for me to pick a favorite section from the video. I think it’s definitely between Alex and Chris. Obviously, Alex Raban brings some phenomenal street riding for his section that really blew my mind. There’s no doubt that this is one of his best sections to come from him in a video. Chis Arriaga’s section hit a sweet spot for me. His section was loaded with manuals, abubacas and unique riding that stood out to me. Plus, I think he was the one who completed the quest. 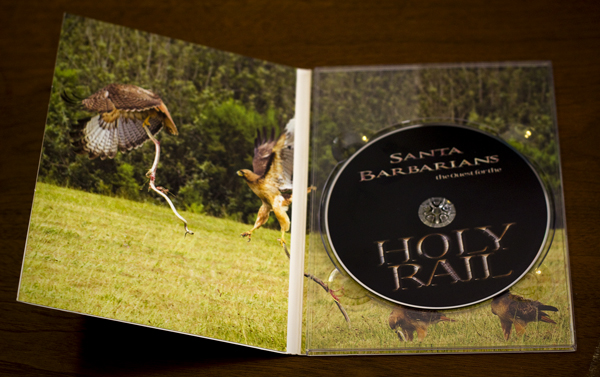 The music in the video was definitely not something you are hearing in most videos these days. It was filled with a lot of older rock songs that I think did fit the feel of the whole video really well. Here’s a list of the songs for you.

The filming was handled by most of the crew with Alex handling a large portion of that load. Alex also edited the video. This isn’t Alex’s first DVD, so I think he did a real good job of putting things together and making the video flow and fit with the music well. I cracked up every time the title for another rider came up due to the American as fuck Eagle scream. I loved that touch. 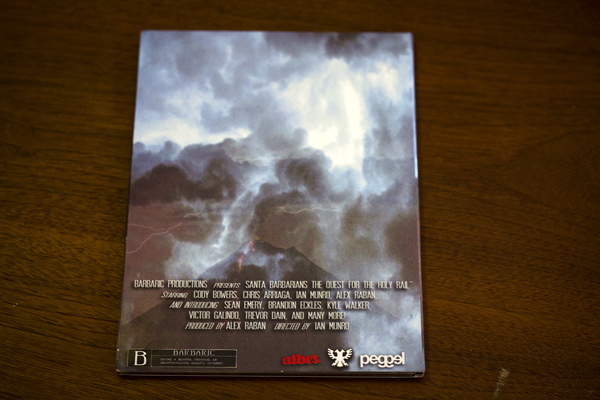 The video runs for 37 minutes and overall, I thought the video turned out rad. I think the videos title and cover gives it this awesome legendary movie feel that was pretty funny. In reality, it’s just a bunch of guys going out and killing it around their home town. That’s good enough for me though since there’s a lot of legends like Ian Munro and Sean Emery you really don’t see much from anymore. Plus, I think they definitely accomplished their quest to find the holy rail. That clip is gnarly as shit. Do I think you should check out the video? I think if you are into DVD’s, like a real good mix of riding from a diverse group of riders this is for you. Also, if you are a fan of gnarly street riding, trails, good times, Alex Raban, abubacas, pegs on gnarly rails or crazy mexican guys with baseball bats this video is for you.

You should be able to pick this video up on Albe’s real soon or on the TCU web store for $14.99 right now.

You can find out more about the crew by visiting their website — SantaBarbarians.blogspot.com

You are here: Home / Reviews / Review: Santa Barbarians: The Quest for the Holy Rail