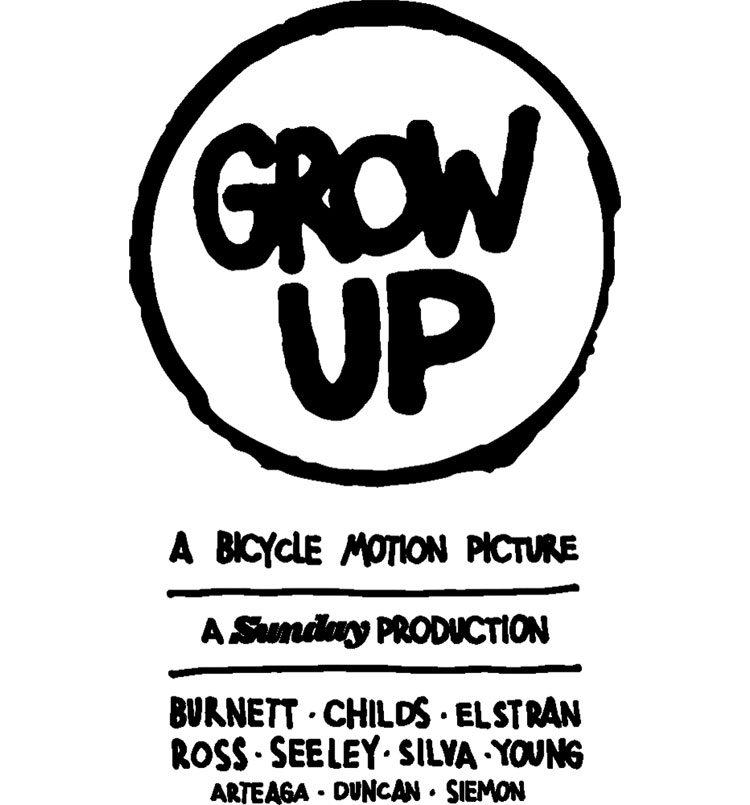 It seems like it’s fewer and further between when we get the chance to do a review of a full-length BMX DVD. The times are definitely changing, but with the fewer opportunities, we’ve come to appreciate the full-length video more and more. Especially when we get flooded with videos of people talking to their camera all day on the regular. A couple of weeks ago, Sunday Bikes started spreading the word that their new “Grow Up” full-length video was wrapping up and we would get to see what their team had been getting into during all of the trips they have been taking over the past year or so. One thing that we feel made this exciting was because we really didn’t hear much about the video until it was ready to drop. It avoided the pre-build up hype that set the expectations higher and higher, and it more or less just let the video do the talking once it was ready to go.

Going into this video, we were pretty excited just because Sunday Bikes have an amazing team that consists of Aaron Ross, Jake Seeley, Erik Elstran, Mark Burnett, Chris Childs, Gary Young, Brett Silva, Julian Arteaga, Alec Siemon and Jared Duncan. This is a team that has a diverse mix of styles of riding, but all give off a really positive vibe. They also have filmer, photographer, team manager, get away driver (you’ll get that one once you see the video) and all around rad dude Walter Pieringer keeping things together. That’s a hell of a line up that you can expect to lead to good things.

“Grow Up” was filmed over the course of the past year or so and features full parts from Aaron Ross, Jake Seeley, Mark Burnett, Gary Young, Chris Childs, Erik Elstran and their newest Pro team addition, Brett Silva (who definitely earned that spot and his part will prove that), with a mix section from Julian Arteaga, Jared Duncan and Alec Siemon. The team hit up spots from Austin, Texas to Minneapolis, Chicago, Spain, China and more throughout the filming leading to a really diverse batch of spots from the cities to small towns. There’s even a little skatepark and trails action mixed in for good measure, which is always a perk.

Going through the video, it was really easy to see how well that team meshes together and just how much they motivate each other to have fun and get creative. One thing you will notice is how much celebrating goes on from the hilarious cheers after clips to plenty of high fives and more. It was definitely one of those videos that each section quickly became our new favorite section of the video. By the end we were stuck trying to decide just who took the win for the best section. Quite honestly, we couldn’t land on a favorite, but that’s definitely not a bad thing. We really liked how much creativity went into this one from the riding that each of these guys came up with to some of the doubles action that gets mixed in there. “Grow Up” didn’t have that “just another street video” vibe that is pretty easy to make.

The filming was handled for the most part by Walter with a few clips filmed by other filmers and the team riders that chipped in to get the second angles and more. We really liked how clean the film work was and that it had a good mix of long and fisheye angles and moving and stationary shots to help keep it mixed and flowing well. Walter handled the editing and that was another thing we really appreciated. The video didn’t have over the top graphics or anything and we’re big fans of that. We also liked that some of the film burns and coloring that went really well with the transitions of the footage from old shots of the team as kids to the riding footage, you can get an idea of what we’re talking about with the trailers below. The sections also flowed well from one to the other. We were thinking about how they could have put these sections in any order and it would have all gone together really well just because each section brought so much to the table. 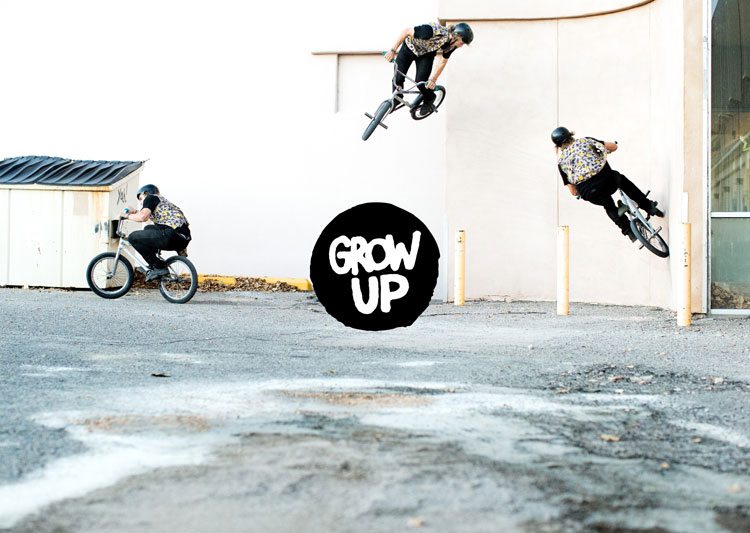 The music selection was on point with some classic rock, a little rap action and even some technoish dance music which kept things interesting. It’s always good when you get that diverse mix of music since some videos stick to only one style and it can get a little old. This doesn’t have that problem.

Overall, Sunday’s “Grow Up” video turned out damn good and we’re beyond pumped on everything. Sometimes we watch videos and we can pass on watching it again, but this one made us want to hit replay and give it another watch right away. It’s one of those BMX videos you will get good use out of if you end up picking up a copy, there’s no doubt about that. The video runs for 45 minutes which is a good length for getting your pre-session hype going, too.

The “Grow Up” video is available as a DVD and Digital Download. You can pick up the DIGITAL DOWNLOAD for $5.99 now. The DVD will be available soon for $10 and that also includes over an hour of Bonus Footage! You can pick up a copy direct from the Sunday Bikes website, along with a few free wallpapers for your computer, tablet or phone RIGHT HERE. Otherwise, it should be available through BMX shops and mail-orders that carry Sunday Bikes worldwide very soon.