A few months back we were tipped off about a brand from Russia called “Brotherhood” that was producing a few different BMX sprockets and small parts. The reason we were so interested is because of a two-piece sprocket they had developed called the Oyster which is similar to an actual oyster was hollow and has two parts that come together to make a solid piece. The other day we received a package in the mail and would you know, there was an Oyster ready for us to get a closer look at. Curious what this thing is all about and how it works? Let’s talk about it… 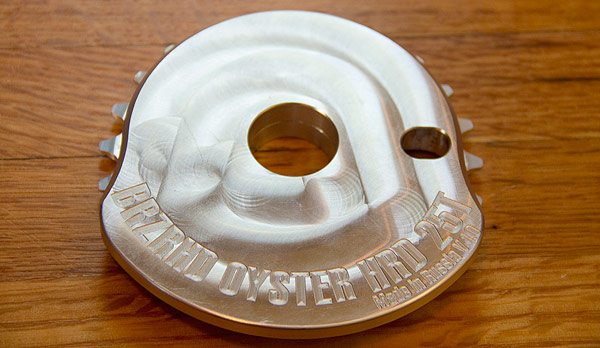 As you can see… This guard sprocket features a similar shape to an actual Oyster shell. 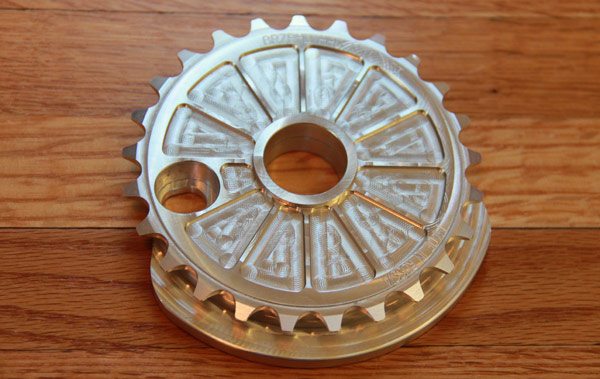 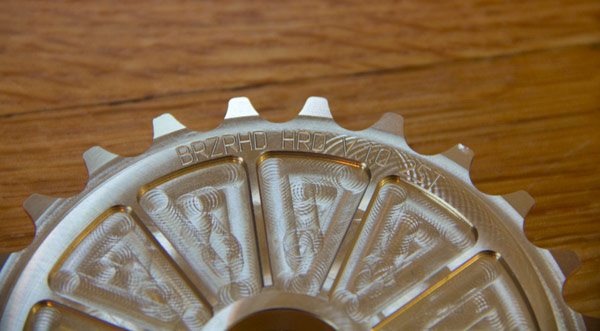 Alright, so let’s talk about the Oyster. This sprocket is CNC machined from 7075-T6 aluminum in Russia with 14mm thickness, 15/16″ bore (24mm) with 1/8″ teeth. This guard utilizes a two piece design that can be joined or pulled apart by twisting the separate pieces from their tabs. The guard is solid and there are ribs inside the guard for additional strength. There is a “BRZRHD OYSTER HD 25T” “Made In Russia V 1.0” laser etched into the front and smaller lettering that says the same on the backside. 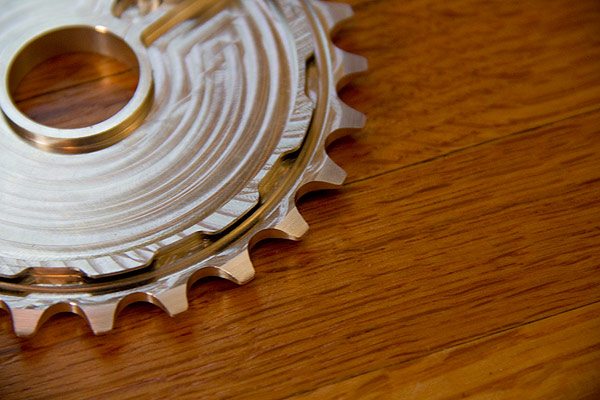 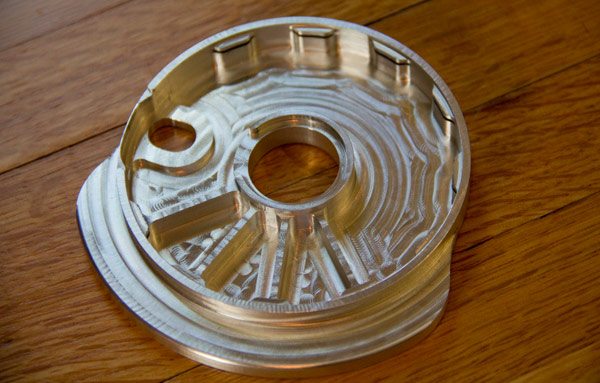 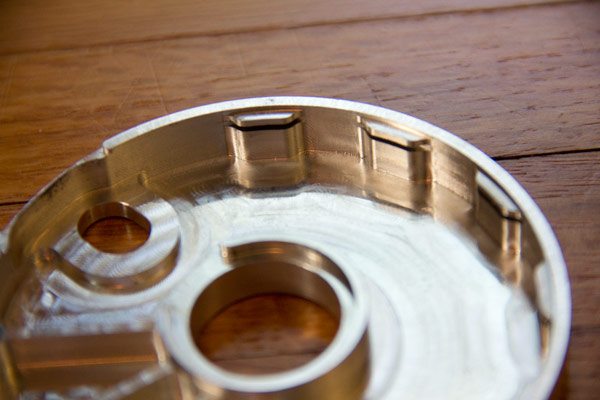 As we mentioned above, the guard is solid 7075-T6 aluminum and there are ribs inside to give the sprocket additional strength from impacts to help prevent bending. The guard fits together by joining the two pieces together and twisting. The teeth on the non-guard side slide into the notches on the guard side, stopping when it lines up with the crank arm bolt hole. 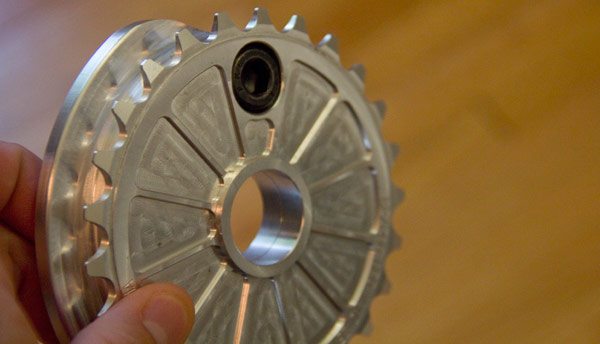 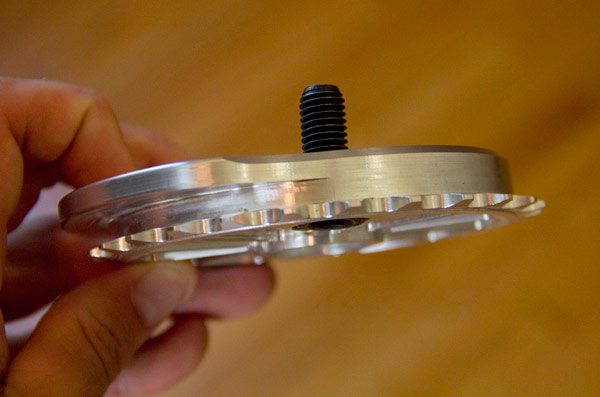 The oversized crank arm bolt fits flush inside the sprocket with plenty of threads to grab your crank arm. The bolt appears to also prevent the guard from twisting and disconnecting the two pieces. This guard is only designed for RIGHT SIDE DRIVE use only. As you can see from the photos above, this guard is 14mm thick. Due to it being hollow on the inside, the added thickness does not add more weight than a traditional sprocket and guard. We would say they weight is similar to other guard sprockets, possibly a little heavier. Note: We didn’t have an accurate scale to weigh the sprocket, but it is comparable to other guard sprockets.

Overall, the design is unique and the machining looks very good. There are a lot of sprocket options out there, but this is definitely a one of a kind design that took a lot of thought which is something we really like.

Strength wise? We think due to the added ribs inside the guard and the overall thickness, that it should hold up to quite a bit of abuse. Unfortunately, I run left side drive and spline drive, so I was unable to test the guard to see what kind of abuse it can hold up to. The guard is bored to 24mm, so that means as long as you have the appropriate adaptor and run right side drive, you can run this on most BMX cranks.

Price tag? Originally this guard was priced at $110, which is real expensive for a BMX sprocket. Currently the sprocket is on sale for $55 even in the Brotherhood Webstore. We feel that is a damn good price for a sprocket that requires more machining than a typical sprocket for the same price. We’re not sure how long this sale runs for, so act quick if you’re trying to get one.

Do we think it’s worth running? Yeah, it looks quality and the design is one of a kind. It looks like it is strong and should hold up to most abuse riding can throw at it. So, if you’re looking for a new guard sprocket and want something unique… This might just be what you are on the hunt for.

You can find out more about Brotherhood and their products by visiting their website — BRZRHD.com

What do you think? Let us know if you have any questions or comments below!