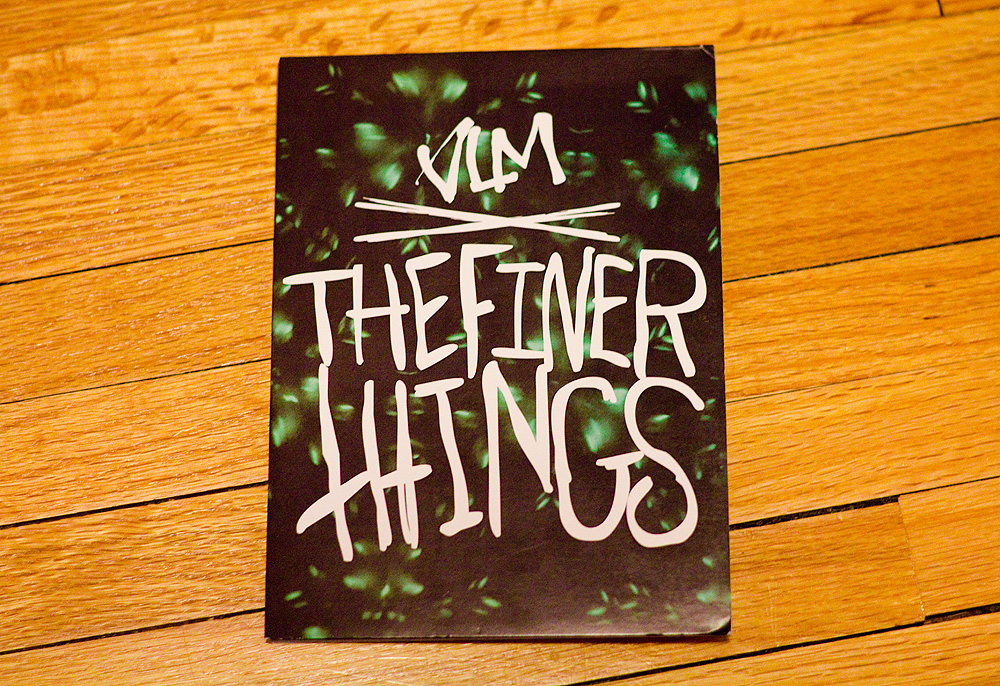 The flow of DVD’s might have slowed down over the years, but they’re still popping up pretty frequently between brands and all the different scene and crew videos we see a lot of lately. There’s one video in particular that we have actually been anticipating for quite some time and we were definitely excited to get our hands on a copy… Volume‘s new video, “The Finer Things”, that has been in the works for a year or two now. The other day we were fortunate enough to get ourselves a copy of this new video produced by Mike Mastroni to get a look at just what all the hype was all about… Let’s talk about this one for a little bit!

Let’s start this off by talking a little bit about just how diverse the Volume Bikes team is these days. They’ve been developing a team filled with some of the more creative and unique street riders out there these days that really stands out from other teams. When you look at their line up, guys like Broc Raiford, Mike Mastroni, Alex Raban, Alex Platt, and Tate Roskelley who all have pretty different approaches to how they ride their bikes makes it pretty easy to imagine just how unpredictable this video was going to be and that was something that I think really got us excited to see it… Not feeling it was just going to be “another video” with the same lines and tricks we see online day in and day out these days.

Obviously, with a guy like Mike Mastroni at the helm of filming, editing and the overall direction of the video we knew that this was going to be a video that was worth seeing as well… 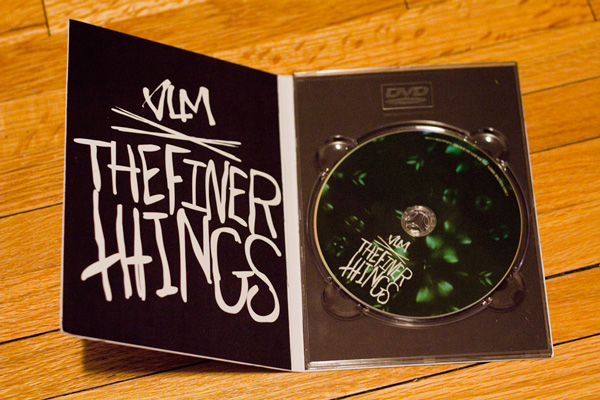 Each section had their own feel and vibe to it, but here’s a few notes on each section without giving anything away.

Going into the video, it starts out with a guy who I think we’ve all come to really take notice of over the past two years — Demarcus Paul. Demarcus is an absolute beast and if you haven’t taken notice of him, you’re completely blowing it. This section is a clear indicator that he’s just getting started and isn’t slowing down any time soon.

Jason Enns has been working on lately which has been hunting down new and unique spots. Jason might be the “old” guy on the team, but he’s damn experienced when it comes to scoping out a good spot. This section was what really made it clear that a big emphasis for this video was to go off the beaten path and find some unique and different spots that we just don’t see much of on a regular basis. You already know Jason didn’t disappoint!

We get some freecoaster action in a split section from Eric Bahlman and Josh Clemens that is interesting since both of these guys have pretty different styles, but it went together well. There’s been a lot of focus on freecoasters lately, so I can imagine this is one of those sections that will really get people psyched.

Daniel “Lil’ D” Martinez is a grind machine and I think we all know that. Needless to say his section is packed full of grind after grind from the city, most of which we are assuming is Los Angeles.

Alex Raban and Drew Hosselton’s section are both real unpredictable sections because both of these guys are real technical when it comes to grinds and their ability to ride unique spots is unreal.

Alex Platt’s section is one that we were real excited to see. We don’t see a big online presence from Alex, but it’s clear he wasn’t holding back and really went balls to the wall — actually that might be pretty literal on one clip in particular — and really beat the shit out of himself for this one. It’s crazy how gnarly he is and we’re glad he is still always rocking a helmet these days. You can’t go wrong with wearing a helmet people!

Zach Krejmas, Mike Mastroni and Tate Roskelley’s sections were personal favorites of mine because these guys get unbelievably creative when it comes to how they ride their bikes and approach spots. Mike’s approach to tricks on spots, very unique and original spots will leave you wondering how the hell he does what he does. Zach doesn’t follow the crowd when it comes to his riding by any means either. If I would have to pick though, I’d say Tate’s section was my personal favorite out of the whole video though… We don’t see a lot of Tate, but the things he comes up with are so unreal and things you would never think of. These guys all put a good effort into finding new, untapped and untraditional spots for their riding and it ended up producing some riding on those spots that you just have to see to really understand.

Broc Raiford… Broc has been on absolute FIRE for quite some time now and every time we see something new from him we’re completely blown away. We’re not sure how he does what he does… But it’s amazing. This section has so many crazy lines and clips and it will constantly keep thinking “That has to be the ender…” then it keeps going. I’m still convinced he has robot arms and legs filled with springs that give him all of that pop, too!

When it comes to riding in the video, the entire crew came through with some damn good clips and, like I said earlier, they all have unique and different approaches to riding that really makes things unpredictable. These guys did an amazing job of searching out original spots and I think that made the video that much better because it’s easy to see guys stacking clips on the same rails and street setups. If you’re a fan of ramps or trails, this one is 100% street… Just a heads up!

Like we said above, going into this one we knew that having Mike Mastroni in control of the video we weren’t going to be disappointed in the filming and editing process of the video. “The Finer Things” has a 60’s / 70’s theme to it with some psychedelic / whimsical graphics and soundtrack. The graphics in the video were a little out there and kind of reminded me of a kaleidoscope that was mixed throughout the video and into the intro graphics for each section. I’m personally a fan of clean and simple, but that’s just me. The soundtrack for the video featured a mix of fast and slow paced songs from that era with songs from artists like Pink Floyd, Captain Beyond, Jackal, Asagard, Nautilus, Joy & The Hit Kids, Richard Twice, Pentagram, Orange Wedge, Purple Overdose, Blast Furance, Blue Cheer, Andwellas Dream and ever a little Modest Mouse that went with that older sound track. I personally was a big fan of the soundtrack and that they stepped away from the hip hop or metal / rock we tend to see in a lot of videos. They just don’t make music like they did back in the 60’s and 70’s anymore and it all went well with the pace of the video and riding. 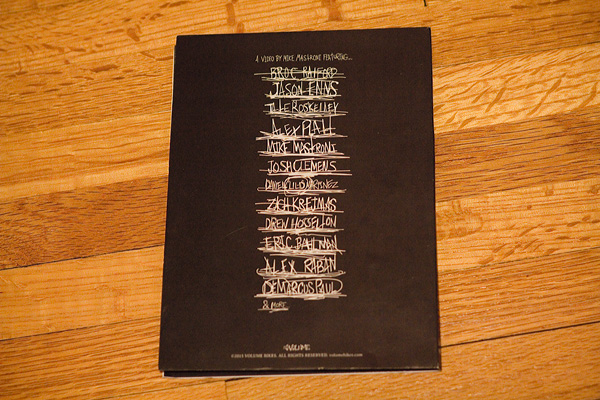 Overall, “The Finer Things” did NOT disappoint by any means! The entire team produced some great riding and Mike did a great job handling the film work. It’s easy to be let down when you have high expectations for a video from a lot of hype, but this one came through with their promise of a good watch. Do I think it’s one worth seeing? If you’re into street or creative and unique riding this is definitely one you want to see! I know the riding will definitely blow your mind. If you’re into big banger backflip, barspin and tailwhip combos at skateparks or a trails rider, this probably isn’t for you since it’s 100% street.
The video runs for just under 60 minutes from start to finish and it didn’t appear to have any bonus sections unless we missed something.

“The Finer Things” is available now through all shops and mail-orders that carry Volume Bikes! You can also pick up a copy for $15.99 direct from the Volume Bikes Webstore!

You can find out more about Volume Bikes and their products by visiting their website — VolumeBikes.com

You are here: Home / Reviews / Review: Volume Bikes – “The Finer Things” DVD
Note: This site contains affiliate links and we could recieve a small comission that supports this site if you were to make a purchase on their websites using our links.