This is amazing. The Shadow Conspiracy just sent over this new promo video for their new Sabotage guard sprocket featuring Eric Bahlman putting it to work and giving his best sales pitch. This BMX video looks like it’s straight out of the 80’s/90’s! Hit that play button to take a look at some dialed riding and get a few laughs… Oh, and get some details on the sprocket, too.

Shadow’s new Sabotage Sprocket is our spin on the plastic sprocket/guard combos of the 80’s but built with new school technology. Featuring a high-impact, low-friction, replaceable guard that protects both your frame and chain from slipped grinds, sprocket chunks and crankarm slides paired with a solid 5mm alloy sprocket that won’t break or bend, all for only a suggested retail price of $34.99! Watch the video and then hit up your local dealer and have them order you one today! 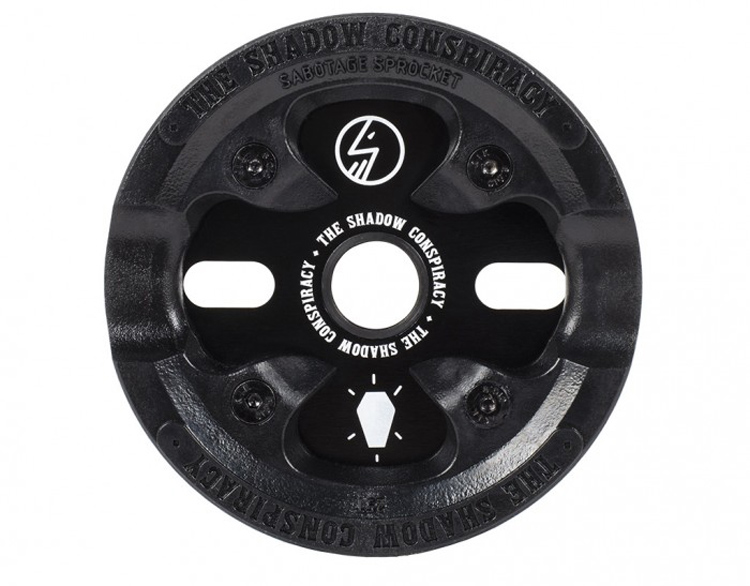