Here’s a throwback for you to start your (hopefully) long holiday weekend. Snakebite uploaded the full “Cuttin It Deep” video that was originally released in 2006. This video was focused on the crew in the Sacramento, California area with riding from Tim “Wolfman” Harvey, Chad Bautista, Nick Hammer, Ben Kellgren, Thomas Re, Matt Martin, Jake Honesto, Dustin Mata, Eddie Cleveland and Zac Costa. It’s pretty wild how stacked this video was at the time, and it’s a real good watch. Check out all 47 minutes of goodness!

Here’s a video from the Chad Bautista Benefit Jam that went down this past weekend we spotted on Can You Dig It! Check out the video then if you have a few dollars to spare to help him out, hit THIS LINK to help him out! 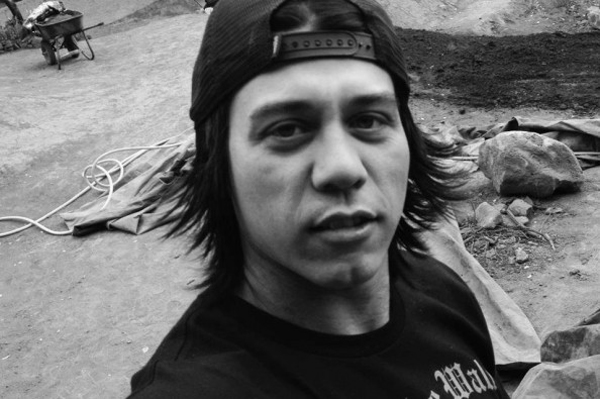 It always sucks hearing about a rider that got hurt and is getting screwed around with trying to get the medical help they need. Chad Bautista recently broke his tibia, fibular and ankle and is being denied the surgery he needs because he can’t come up with $75,000 they need for the surgery. There’s a jam and a Go Fund Me setup to help them reach their goal! If you have a few bucks to spare, help this dude out!

“Chad Bautista injured himself doing what he loves, bike riding. Since an early age he was always on his bike; at the age of three he took off his own training wheels and his family caught him riding around the backyardÂ by himself. Anyone that knows Chad can see how much he was meant forÂ bmx and his true love and passion for it.

He broke his tibia and fibula and shattered his ankle. He has had one surgery so far and will need reconstructive surgery that will be to the sum of $75,000.00 due to the need of a specialist at Stanford Hospital.
Â
He has been denied medical assistance because the surgery is too expensive. He has also be denied a payment plan and if he does not get his surgery he could be without use of that foot and unable to do the sport he loves again.

Please help us get Chad’s medical bills paid so that he can be on the mend and recover.

Any little bit would help, thank you for all your support during this time.” 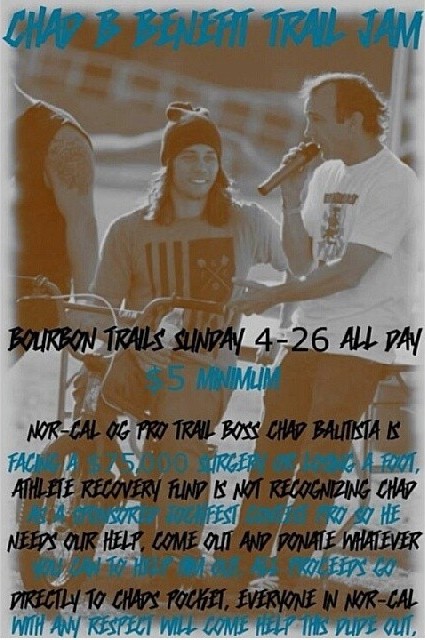