We have been seeing Dan Boulton’s name popping up a bunch lately and that’s not a complaint! Here’s a fresh one for Alpha BMX Shop that’s packed with some real solid clips from the streets.

END_OF_DOCUMENT_TOKEN_TO_BE_REPLACED 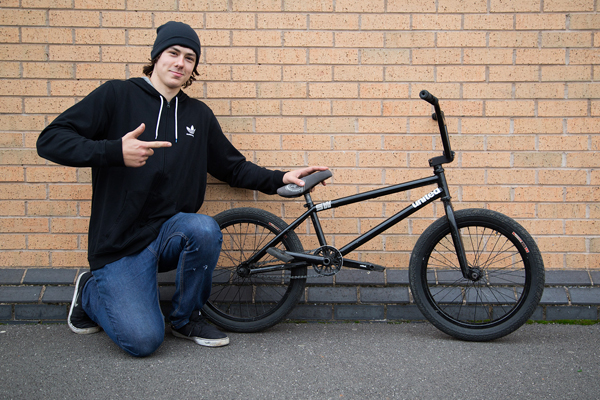 United dropped a fresh bike check with their newest recruit, Dan Boulton and his current Mothership V2 setup that he is running these days. Looks like a sturdy unit built for the streets to us!

END_OF_DOCUMENT_TOKEN_TO_BE_REPLACED

United have added Dan Boulton to their flow team and it looks like they made a proper decision! Check out Dan putting his pegs to good use on some of his local spots! Plus, James Cox did the film work so you know that’s dialed!

“Welcome to the United World Team – Dan Boulton! The video was filmed around the five towns of Stoke UK over one rainy weekend… which ended up basically being one rainy day. Look for a cameo clip of Dan’s mate Pugwash and thanks to Alpha and the Stoke Contra street crew.
Filmed and edited by James Cox
”

END_OF_DOCUMENT_TOKEN_TO_BE_REPLACED

Alpha BMX dropped this new video featuring BSD‘s Dan Boulton getting down on the streets. Dan had spent the last 6 months filming for this one, so take a few minutes and check it out!

Check out this new edit Dan Boulton put together for Alpha BMX Shop of him and Pugwash having a productive session on a rainy day at the Bones Skatepark. Plenty of goodness in this one.

Dan Boulton is BSD‘s connect through Alpha BMX Shop and this is his latest edit of him putting in work on the streets. Take a peek!