This guy completely hammers a flat rail with so many grind combos, I couldn’t keep up. I’d love to see a full, multi spot edit from him. 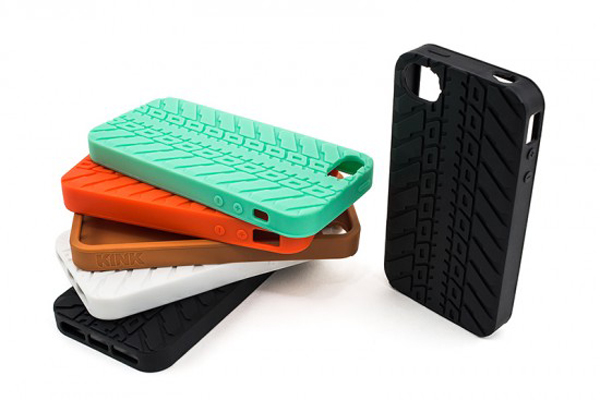 Well, it looks like I finally have a reason to use my upgrade to go from my 4 to a 5. Kink have these brand new iPhone cases that fit the iPhone 4, 4S and 5. These can be purchased from their online store now.

Since I’m willing to bet at least 69% of you guys are running an iPhone these days, this is right up your alley. Check out these fresh iPhone buttons The Shadow Conspiracy made. You can get more photos and find out how to get one right here.

Looking to get a rad background for your iPhone? Head over to the Afray site and check out all their new iPhone wallpapers. I just set the one above as mine.

“VANS LAUNCHES OFF THE WALL TV APP FOR IPAD

Cypress, CA (October 4, 2011) – Vans today announced the debut of the free Off the Wall TV iPad
app, delivering Vans’ offthewall.tv video network of exclusive, original action sports, music, art and
street culture programming to millions of iPad users around the world now able to enjoy offthewall.tv
anywhere with this easy to use app.

Offthewall.tv, the first network of its kind in the apparel and action sports industries, launched less
than a year ago and has already attracted millions of viewers who watch shows about Vans® skate and
surf personalities, artists, musicians and designers that premiere each week. The Off the Wall TV app,
developed by U-Dox International Creative Agency and available on iTunes, allows users to subscribe to
their favorite shows to receive push notifications of new episodes, plus easily share their favorites via
Facebook, Twitter and e-mail.

Tune in to offthewall.tv to catch such original shows as:

• Crack & Shine – a window into the clandestine world of illegal graffiti artists;
• Adventures with Chris – the stories of Chris Nieratko, the gonzo journalist-poet laureate of skate, as
he spends time with the Vans team and other luminaries and gives us a glimpse at their anything but
normal lives;
• Time and Space – a series that delves into the behind-the-scenes work in putting together major art
exhibitions with such artists as Neckface, Mister Cartoon and Dennis McNett;
• Shore Break Baby –short clips chronicling some of skate’s most talented and interesting
personalities and the SF skate scene;
• Off the Wall Comedy Show – Vice magazine founder Gavin McInnes’ sketch comedy series
skewering hipsters and life in NYC;
• Jeff Grosso’s Loveletters to Skateboarding – Jeff Grosso’s wisdom from 20-plus years of ups and
downs as a professional skateboarder;
– more –

• Collaboratory – a documentary-style series focusing on designers and brands from outdoor favorite
Filson to New York skate legend Rodney Smith to global icon Hello Kitty, all of whom are collaborating
with Vans for special projects; and,
• Pass the Bucket – a look into the humanitarian side of today’s most celebrated action sport athletes,
musicians, artists and foundations, including Crys Worley of autism non-profit A.Skate and BMX star-
turned quadriplegic-turned inspiration Stephen Murray; a raw and transparent conversation of
today’s shocking realities and potential solutions.

You can download the Off The Wall TV app from iTunes right here.

Subrosa‘s Kyle Hart has been recovering from an injury lately, so he’s been playing with the 8mm app for his iPhone. He put together this rad edit from some of the different things he has filmed lately.

Generally, when you think of somebody putting together an iPhone edit, you don’t expect much. Then there are people like Will Evans who know their way around the filming and editing game and can take an iPhone and make it look better than most kids with a nice setup can. Check out 6 months of random iPhone clips put together by Will.