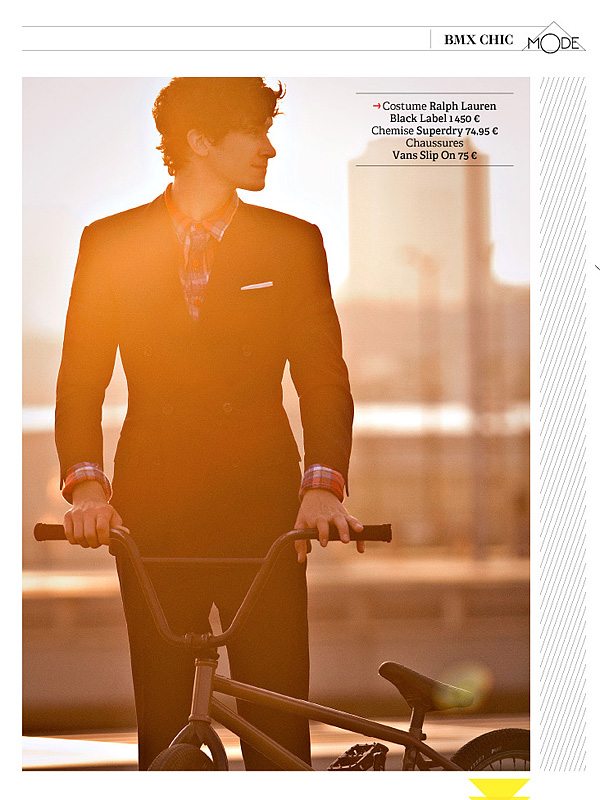 According to Odyssey, Matthias Dandois is going to have a 10 page spread in the new issue of GQ France? That’s wild! Hit this link for more info.

Whoops. Meant to post this earlier but accidently saved it as a draft… Damn this is so awesome. Sorry for the poor translation. I used one of those translator sites from French to English so it doesn’t all make sense.

“It was unavoidable, the flat and the street using the same foundation, the concrete of our cities; one day they devaaient meet. Many years they dredged of the corner of the eye, with legends such as – between others – Dave Voelker Akira Okamura, Chad De Groot, Paul Osicka to see same Steve Hamilton for nose wheelie in street, all one tried to bring closer to both disciplines. But for some months a new stage was crossed with as engine our dear Matthias Dandois who transferred his unbelievable talents of flatlandeur on an adding, more uneven ground grinds and halfcabs barges in his broad fan of tricks already definitely. Logical evolution or small revolution, they will let you in comments discuss but fact is, in the soul 72 nowadays in newsstand, with an article on the phenomenon explained by some some of his distinguished French actors there. To extend pleasure, we united Matthias, Florent Soulas (another brilliant UFO of the bmx which breaks – between others – 36 to nose in the worldwide first one), and Dragon-fly combos of which on the back wheel come to supplement the kings of the wheel before. Having filmed by brilliant Hadrien Picard (grieved for the superlative but check this is obvious a bit not?) we subject you what is probably one of most the most horrifying videos that DRUNKEN had the chance to produce, so horrifying that they show it in the whole world. And this comes from France this my friends! Then it is proud of us colours and of our 3 brilliant spitzes which they invite you to look at this video, for the riding as they have never seen from it.” – Soul BMX Magazine

Here’s some fresh footage from Mathias Dandois and a look at his new brand’s SuperB** frame and bars.

“Some Street and Flatland riding in Paris on the new Superb** frame and bar.
Filmed by Catfish, Libellule and Kevin Calvez.

I’ll be the first to admit that I have no idea what Matthias is saying, but I think the riding in this will speak enough words for you to know that he’s so damn good.