It has been a while since we’ve seen a BMX video from the same crew that did “I Got Work” out in Arizona. Here’s a look at a fresh batch of clips the crew stacked during a session at the Sacaton Skatepark. As always, these guys bring a good vibe and plenty of dialed riding. Take a look!

I took a little snippet of music from the original video for this and its a splash of nostalgia for me. I remember driving out to tempe for the first time in my life to witness the premiere of this video in Kore Bikes garage. These dudes were celebrities to me back then. Now they’re like, 30, old and crusty, and still killing it. Much love dudes.” – Bobby Kanode

Head over to the Subrosa website to check out a bike check they dropped with friend of the family and all around good dude, Sam Buros! More photos can be found right here! Looks like a dialed unit to me!

END_OF_DOCUMENT_TOKEN_TO_BE_REPLACED

Sam Buros pulled out some old clips he was sitting on from a few solo sessions at the old Vault Park. I’m not sure why it took him this long to get this one together, but I’m just glad he didn’t let the clips go to waste!

“Way back when the Vault existed i was lucky enough to be able to ride it whenever and a lot of days i would just ride it by myself. A few times i would bring out the camera, set it up on a tripod and film random things for fun. I have been sitting on this footage for a very long time and considered using some clips for other projects, but got tired of holding onto it. I thought it would be fun to put together this short edit of myself that i filmed and edited on these solo sessions. Enjoy!
Filmed and edited by: Sam Buros
Song: The Detroit Cobras
“The real thing”“ 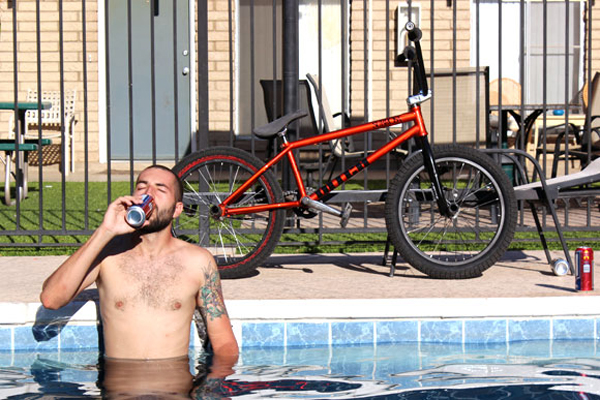 Head on over to the Subrosa website to check out more photos of Sam Buros’ dialed Balum V2. setup. This is what I would call a dialed unit for sure. What do you think?

“In part two of this STLN team trip we head to Northern California to stay with team rider Kurt Russell. Kurt took us around his home turf to ride some street, park, and even some dirt jumps.

Song: “Fat Cats and Bigga Fish” by The Coup” – Stolen

“The team packed up two cars and headed out on a short roadtrip for the fall. Part one of the trip we cruised around Arizona to ride the street spots and local parks around Phoenix.

“The third section of my second full-length DVD “I Got Work: Strikes Back”. This features a split part by Sam Buros and Jessy Tennant

Filmed and Edited by Ryan Chadwick”