There was a memorial jam for “Slow” Joe McIntire this past weekend in Philadelphia where a handful of his friends and locals turned out for a session. Ryan Navazio was there with his camera to capture the day filled with some good riding and great vibes. There’s even a few old clips of Joe mixed in from the spot just for good measure. Rest in Peace, Joe! You will never be forgotten.

END_OF_DOCUMENT_TOKEN_TO_BE_REPLACED 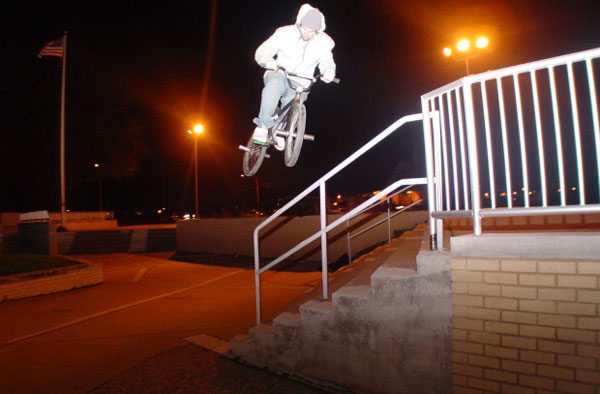 It’s always a bummer hearing about a rider that has passed away. We just found out over on Ride PA BMX that “Slow” Joe McIntire has passed. No word as to what happened, but it’s a definite blow to the Pennsylvania BMX community and to BMX as a whole. Rest in Peace, Joe!

“It is with a great sadness that we inform you that ‘Slow’ Joe McIntire has passed away. We received the news through a close friend of Joe’s and his passing was confirmed by his Aunt. Although there is no obituary at the moment we will pass along any information regarding funeral services.

Joe made a name for himself following the release of Ryan Navazio’s ‘Left/Right’ video. After the release of ‘Left/Right’ Joe eventually released his own video ‘Status Quo’ which was distributed through Animal Bikes. Joe had a raw gritty riding style that the East Coast has become so welly known for and he wasn’t afraid to put his peg on anything. We hope you will all keep Joe and his family in your prayers.

In Joe’s memory we have re-posted his video ‘Status Quo’ in full after the jump.