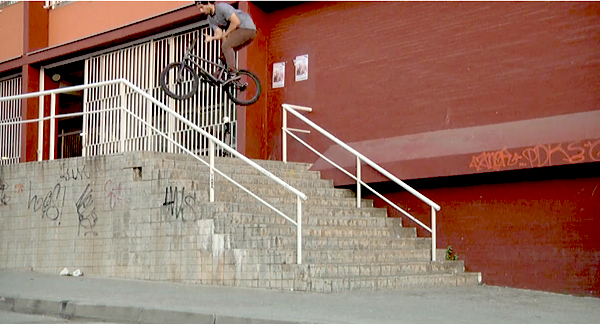 First up is the “Fiend’s New Video” thread that has everyone giving their thoughts on the video that shook the BMX world yesterday. There’s a lot of people who were stoked on the video and somehow even a few that weren’t. Get some people’s perspectives on the video by checking out the thread in the link below! You can watch the full Fiending video by CLICKING HERE! 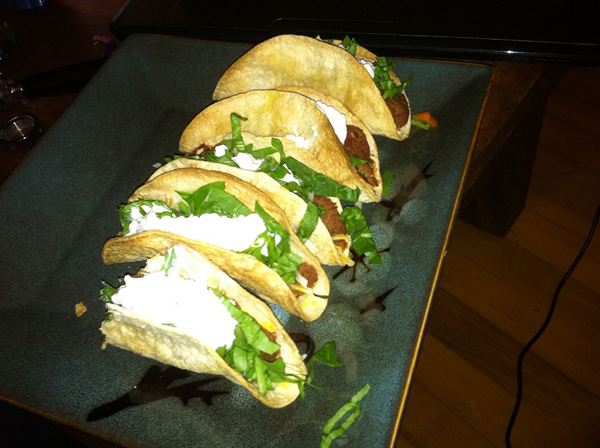 The second thread for this week is one that I think you will have a hard time not wanting to eat something after checking out. The “Bikeguide Cookbook” has a bunch of pages of peoples favorite recipes along with a few photos (like that one above) that will either inspire you to make something new or just make you hungry for anything. Well worth checking out!

These are just two of the thousands of threads on Bikeguide! Hit up the forum and take a look around. I’m sure you will find something that catches your interest. Plus, it’s FREE to become a member, so get on it! 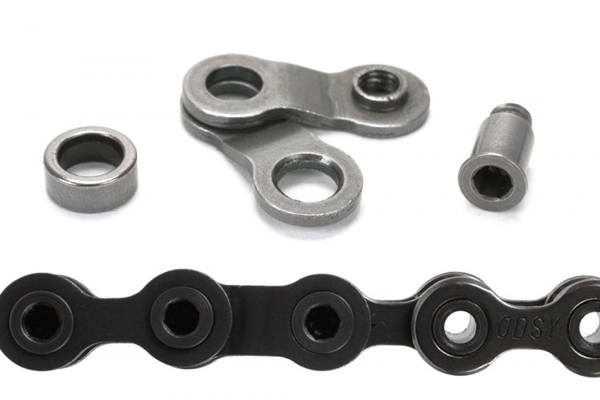 It’s about that time we head over to Bikeguide to check out some of the fresh threads they have going on! This week we have picked out two in particular that you might be interested in checking out because they have to do with beer and the new Keychain from Odyssey!

If you have been considering getting your hands on the new Keychain from Odyssey or you just want to know more about it, I’d highly suggest you check out the Odyssey Keychain thread that fired up last week when the chain was released. In the thread they talk about everything from the use of a chain breaker to if it will fit on certain bikes, master links, strength, installation and more! Well worth a look! 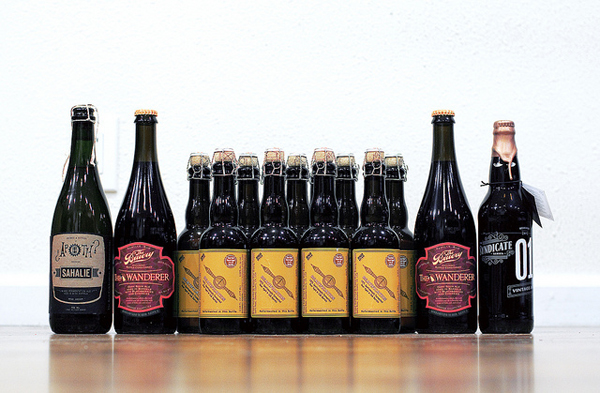 The next thread is for all the beer lovers out there. The Post The Beer You’re Enjoying thread is for all the beer connoisseurs that are looking for new beers to try or just to learn a little bit more about some of the options that are available around the world. This is 76 pages of beers of all kinds. I’d imagine it would be hard for you to find something you don’t want to try!

That’s just two of the threads we picked out from the thousands that Bikeguide has to offer. Hit up the forum to see what else it has to offer. I guarantee you will find something that interests you inside! Plus, you can sign up to be a member for FREE! Get on it! 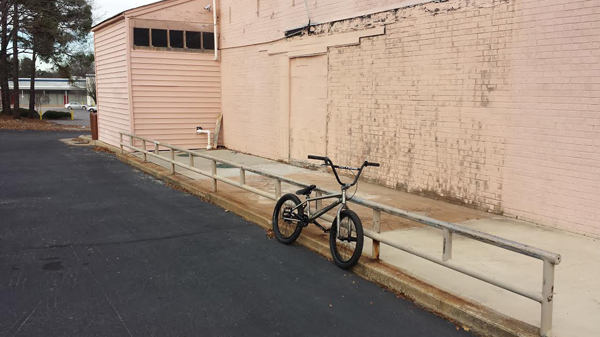 It’s Friday and that means it’s time to head over to Bikeguide and take a look at a few of the threads worth taking a peek at! As always, we’ve picked out two that we think you guys will be into digging through!

Up first is the Post A Picture Of Your Spot Finds thread. As you can imagine by the title, this one is for all you spots nerds that love checking out new setups to ride! There are 16 pages of street spots, parks, trails and even some that aren’t even spots! This one will get you thinking about how much you want to ride, that’s for sure! 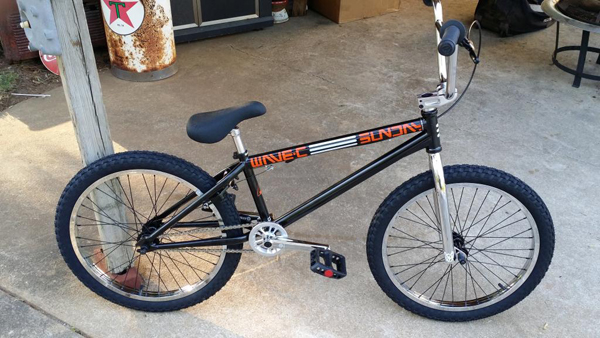 The second thread we’ve picked out this one is a thread that has been on Bikeguide since 2009, but was recently brought back to life. If you couldn’t tell by the photo above, it’s all about 22 Inch BMX bikes (and 24″, 26″ etc.)! There are 38 pages of photos of bikes, modifications, questions and more! Definitely a good one to page through if you’re into the bigger bikes!

That wraps up this weeks round of Threads! These are just two of the thousands of threads to check out over on Bikeguide! Hit up Bikeguide.org to check out more and sign up for a FREE account! There’s always something new and awesome worth checking out! 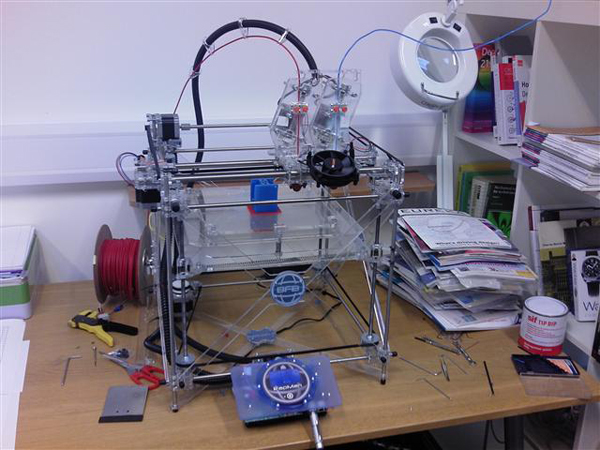 Man, I don’t know about you, but this week flew by! It’s Friday, so that seems to be the time we’ve been taking a look at Bikeguide to see what they have going on over on the board. We’ve picked up two interesting threads that will get you thinking or have you laughing your ass off to look at!

The first one we picked out is 3D Printing Titanium Parts! There’s been a lot of talk about 3D printing lately and it seems like there’s been more and more people looking into how to make it work for bikes. There’s been a few uses of titanium that are proving to be more affordable than CNC machining and it seems like the concept is getting even closer to actually being used. We even get a look at George French of G-Sport‘s personal 3D printing setup he has been using to prototype designs. Well worth looking into! 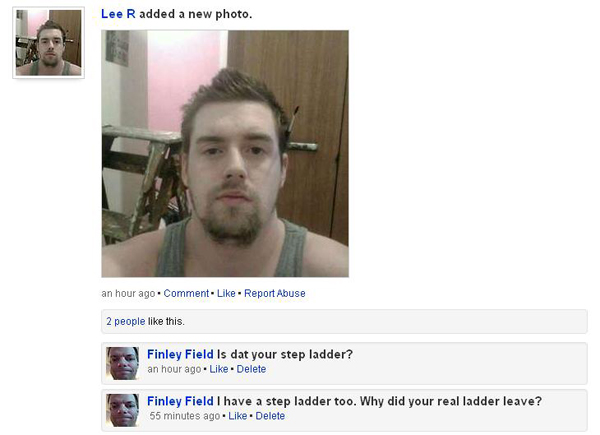 The second thread we’ve picked out is for anyone looking to laugh. The Post Internet Funnies (NSFW) thread has a ton of hilarious meme’s, Facebook screen shots, .GIFS and more. This one hits the Not Safe For Work Zone, so only check this out if your boss or mom isn’t around, haha.

This is just two of the thousands of threads that cover BMX to really anything you can think up over on Bikeguide, so head over there and take a look at Bikeguide.org. It’s also FREE to create an account and get in on this, so get to it! 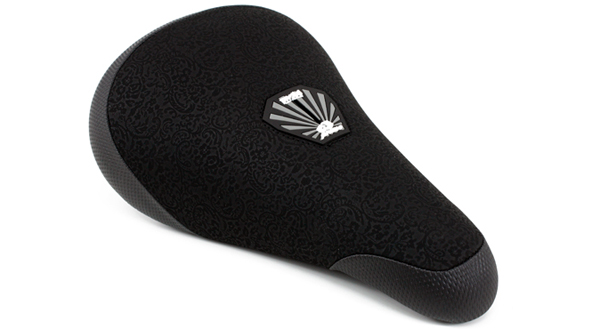 It’s that time of the week again where we check in with Bikegude to get a look at some of the threads that are popping up! This week we’ve picked out two that are worth checking out for the BMX and car guys out there!

First up, we have the UNDERRATED BMX PRODUCTS thread where there’s some discussion going on about past products that seemed to have flown under the radar even though they were or are damn good. Primo Balance, Fly Cobra Tubes, the Taj 2 tire… Take a look RIGHT HERE!

Next up we have the long lived (662 pages long lived) Post Your Car/Truck/Motor Vehicle thread that is loaded with photos of members cars, some of the modifications they are working on or just something rad they came across. This one will suck you in because they have everything from dialed VW’s like the one above to jacked up trucks and “junkers” that have a lot of love in them. Take a look at that thread RIGHT HERE!

That’s just two of the thousands of threads up on Bikeguide, so why don’t you head over to Bikeguide.org and have a look around. It’s FREE to sign up and always a good time. 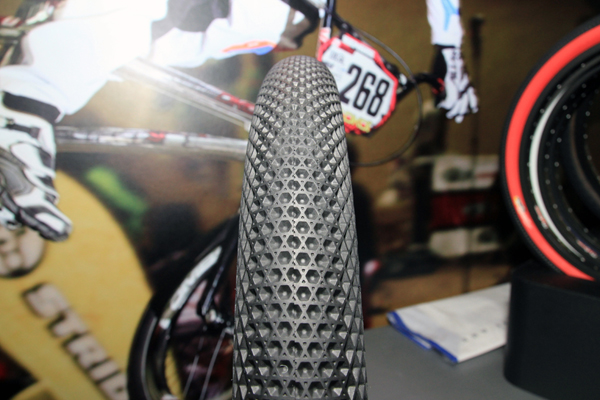 It’s that time of the week again where we head over to Bikeguide and take a look at what the guys are getting into over there! This week we’ve picked out two fresh threads that are getting pretty interesting and are worth checking out!

The CULT X VANS TYRE thread has everyone talking about their thoughts on the soon to be released tire that Cult is working on with Vans and their legendary waffle pattern. Definitely interesting to see what everyones thoughts are! 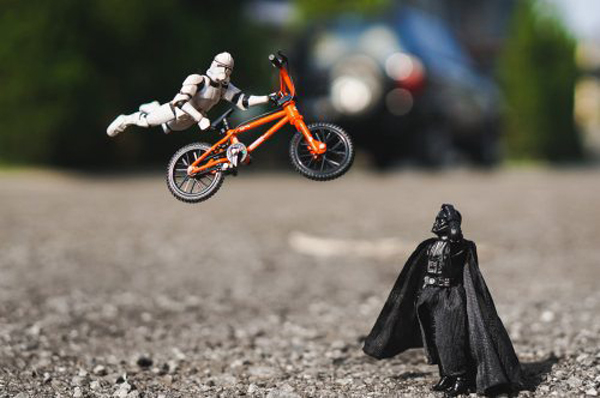 Next up we have a thread that I never expected to stumble upon… Storm Trooper BMX. The photo is pretty self-explanatory, but believe it or not there are a bunch more photos surfacing like this that are pretty hilarious. If you’re into Star Wars or just looking for a laugh. Take a look at this thread because it can only get weirder from here on.

That wraps up this weeks round of Threads! Head over to Bikeguide.org and check out all of the threads on the board! I can guarantee you will find something that catches your eye!

Threads? For a long time now, I’ve been wanting to start a feature with Bikeguide where I highlight a few of the latest threads that have opened up a bit of discussion. If you have been around BMX for a while, there’s a good chance you’ve spent a little time cruising through the board to see all the different threads on there. Between all the BMX, cars, motorcycles, girls, news related and funny threads that are constantly popping up, it’s easy to get sucked into checking out everything that’s going on over there. It’s a good place to find out about something you didn’t know about or even get a question answered you might not have been able to find elsewhere. For this first round, I’ve decided to pick two recent threads that I found pretty interesting for you guys to check out and possibly get in on if you have an account or would be up for creating your own account (Don’t worry… It’s FREE).

First up, we have the “What Happened To…” thread that Josss fired up asking where Dylan Smith and Scott Maylon have been since they decided to step out of the BMX light. Since then, it has lead to a bunch of different names like Eli Platt, Dave Young, Josh Heino, Shawn Arata and more! It’s a pretty interesting read with what kind of info people have on the guys and some of the rumors that have popped up.

The second new thread worth checking out this time around is TenPack Distro Belly Up. Yesterday, Tenpack Distribution up in Canada announced to their dealers that they will be shutting down in July and liquidating their entire inventory from the 28 brands they supply the country’s shops with. This one is a pretty interesting one since it was an unexpected announcement and I’d imagine will shake things up for the BMX industry in Canada.

These are just two of thousands of threads you could spend hours digging through. Hit up Bikeguide.org to take a look!