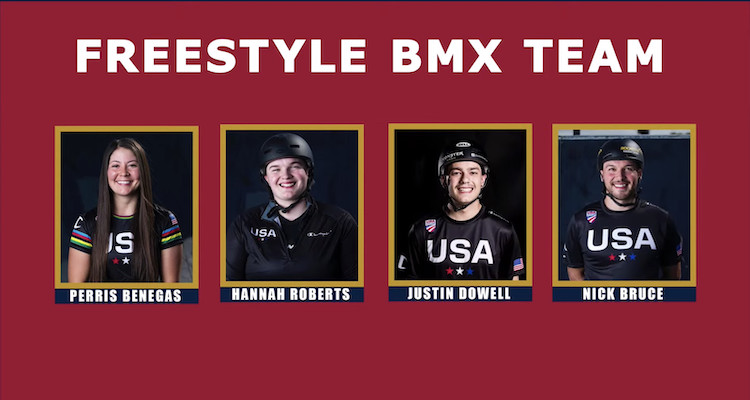 After what has been over 2 or so years in the making thanks to COVID, the Team USA Olympic Freestyle BMX Team has been announced. Since the United States are the points leader going into Tokyo in both Mens and Womens standings, they get to send two riders. Based on their own internal points system, they’ve gone with Perris Benegas and Hannah Roberts for the Women’s team, and Justin Dowell and Nick Bruce for the Men’s team! If you have been following along these picks shouldn’t be a HUGE surprise, but the Men’s was going to be a toss up between a few riders. Expect to see all four of these riders holding it down for Team USA over in Tokyo this summer.