The 2nd annual Zeal BMX Ghetto Jam went down the other weekend and as expected, the crew put together a crazy setup made from pallets, boards and a lot of screws to hold it all together. Check out highlights from some of the dialed riding that went down!

“ZEAL BMX Distribution put on its second Ghetto Jam recently at its HQ in the depths of northern England. This year their homemade course was bigger and better, with obstacles vaguely resembling ramps made from anything Zeal head honcho James Hitchcox could muster up. Incredibly, they only had a one-day build to prepare for the event. Time was tight but with some elite teams of thoroughly unskilled workers (and even some that were skilled) they built tons of stuff to ride and riders made use of every wall, block and bump on the course. In typical Ghetto Jam style there were beers flowing and a BBQ burning to keep everyone fueled and motivated to ride. The northern sun was blazing and the atmosphere at the Jam was all about the fun but its safe to say gaps got sent, tricks got done, and a lot of laughs were had by all. See you all next year!” – Epic TV 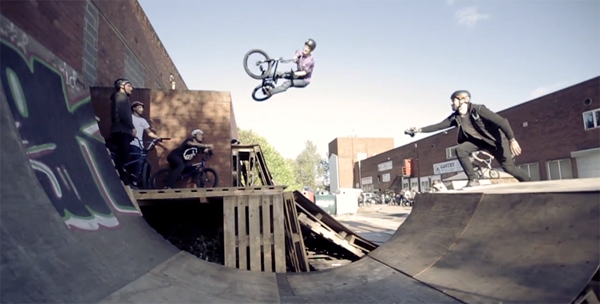